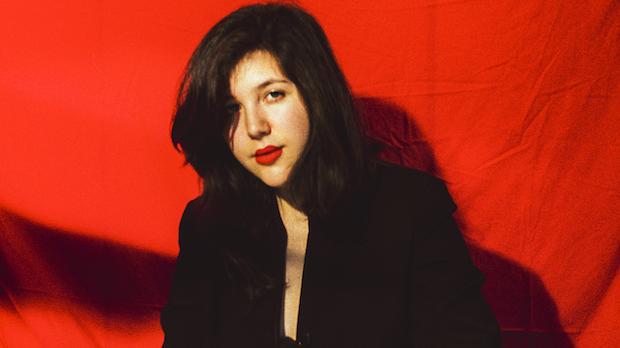 [POP] It’s been two years since Lucy Dacus released her debut album No Burden and graced the stage of Buffalo’s Tralf Music Hall. This time she will be performing at Babeville’s 9th Ward on Tuesday, March 12. Her most recent album Historian released in March 2018 has her touching on some more personal and heavy topics, such as a break-up on “Night Shift,” death on “Next of Kin,” and the passing of her grandmother on “Pillar of Truth.” She has been writing a personal history since she was 10 and she’s proud to say that she recently surpassed 2000 pages of journaling. A lot of the content that appears in these journals helped inspire the songs on Historian. Dacus took time out to talk to The Public about her new album, new venture boygenius with fellow singer-songwriters Phoebe Bridgers and Julien Baker, and what’s it’s been like performing her new songs:

How did you come up with the name of your new album?
The last song on the record, “Historian,” is about two people and it’s one person preemptively lamenting the loss of another and questioning if you know you’re going to lose someone, is it worth being connected to them or pursuing a relationship. I think it is overall, but it’s still a painful thought to contend with. So basically I just wanted to acknowledge that I am one of the two historians in that song. And furthermore, throughout the whole album these songs are about me; I’m not making up characters. These are the things I think about often. I think there’s another reason, which is that I sort of see myself as a historian since I’m a big journaler.

How do you think you have evolved as an artist from recording No Burden to Historian?
The biggest difference for me that I can notice is how my voice has changed because on No Burden I had never sung with a band before so what you’re hearing when you listen to No Burden is my first attempt at singing with drums behind me and the arrangements on the songs because I was a solo artist until two days before they recorded. On Historian I feel like I had a bigger influence on arrangements and tones. And also, I just felt more comfortable as a singer. I feel like on the first record I hear myself being kind of bluesy or sassy, which is not really who I am. I feel like Historian is a much more accurate representation of the person I am today.

“Next of Kin” seems like an extremely personal song. What was your inspiration for that song?
I had this period of time where I was kind of obsessed with the fact that I was going to die. I feel like everyone goes through it at some point or people start to go through it and then they push it away and they don’t want to look at it. It’s something throughout your whole life that is true and, of course, everybody thinks about it. I basically didn’t look away for like two months and it wasn’t a great feeling, but I think that I learned a lot. At the end of that I feel like I came to terms with my death in a couple ways and I come in and out of that understanding. It felt really joyful. The chorus is like ‘I’m at peace with my death, I can go back to bed’ and it’s kind of like ‘if I admit that this is going to happen then it can just be on the back burner, just a truth that I understand, that I don’t have to worry about it and I can relax. I can sleep better at night.’

What’s it been like performing the new songs off of Historian?
It’s been really wonderful seeing people care, like seeing out in the crowd which songs resonate. There are particular songs that I really like to see people resonate with, like ‘The Shell’ is about being OK with writer’s block or not putting your identity into your actions, just being OK with slowing down and just putting your self-worth in who you are and not what you make. So when I see people singing along to that, I’m really glad that that hit home because it’s such a powerful realization for myself. I’m really glad to be able to share it every night with people.

What was it like creating music and recording as a collective with boygenius? Do you all contribute equally to the songwriting and music-making process?
It’s great with the right people. I think it would be impossible to repeat this experience with other people. It might work with other people in a different way, but because of who Julien and Phoebe are we had a really easy time trusting each other and I think we’re on the same page with a lot of our thoughts just about life. The content was really easy to write together because it had to do a lot about our time in the spotlight and how foreign that is to us, our relationships to fans—what are responsibilities are to them. Each of us have had our fair share of relationship questions and conundrums, so that comes through.