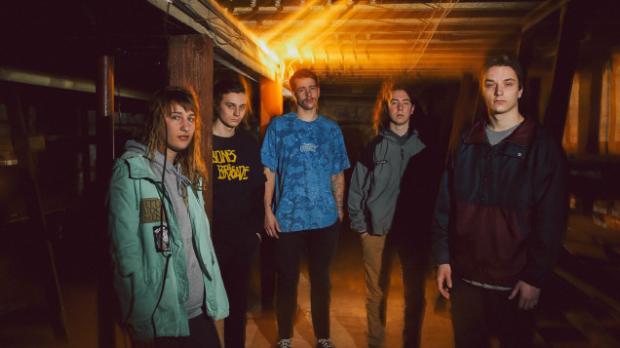 [HARDCORE] Information about Household is scarce. So much so, that any press online about them is split between them, and a trio from Brooklyn of the same name. What I did end up finding was a hardcore punk band from Minneapolis with a modest, but undeniably loyal following. Touring in support of their late 2015 release, Time Spent, a tight 30 minute punch to the ear drums, this young group is setting out to make 2016 their biggest year to date after being named one of the Alternative Press “16 Bands to Watch in 2016.” If their live footage is any indication, this show is certainly going to be loud and raucous (it’s hard to find a clip where someone ISN’T moshing), but it’ll probably be the wildest night you could have in the middle of the week in February. Household comes to the Studio at the Waiting Room on Wednesday, February 10 with Common Guilt, 3 Hour Power Shower, and Good Luck.