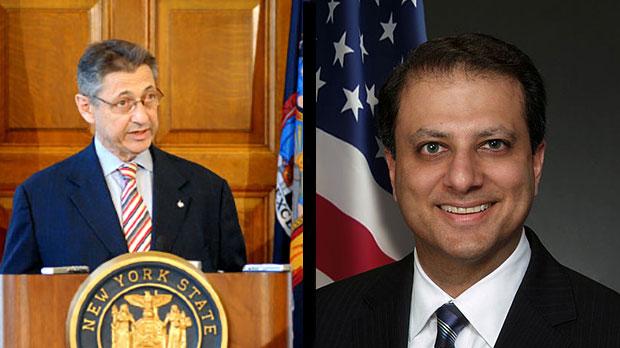 One of the state’s most divisive elected officials, Sheldon Silver, has thrown some fresh fodder to a host of critics that today must be growing by the minute. Silver’s income from his private law practice was examined by the state’s now defunct Moreland Commission, and there appears to be some fish in the net in the form of income that the Manhattan Democrat has not disclosed.

Silver, the Assembly Speaker representing Lower Manhattan who has been faulted on two occasions for protecting the sexual misconduct of his political allies, has reportedly engaged in a quid pro quo with a law firm that specializes in real estate tax law and is under investigation by the FBI and the US Attorney. From the NYT piece:

Mr. Silver, who has wielded enormous influence in Albany for the two decades in which he has served as speaker, is a personal injury lawyer. He is not known to have any expertise in the complex and highly specialized area of the law in which Goldberg & Iryami practices, known as tax certiorari, which involves challenging real estate tax assessments and seeking reductions from municipalities.

To connect the dots on the investigation, the concern is the appearance that Goldberg & Iryami have been paying Silver an undisclosed but “substantial” amount to wield his influence to keep property assessments low, thereby saving the favored landlords millions.

Behind the investigation is U.S. Attorney Preet Bharara, whose righteous and diligent work may be partly responsible for Cuomo’s eventual dismantling of the anti-corruption panel he founded when his ideals still extended beyond any practical considerations–perhaps a consideration like the state’s second most powerful Democrat pleading with him to call off the dogs?

But apparently, it’s too late. Bharara picked up the scent. It has a foul, but very familiar stench.