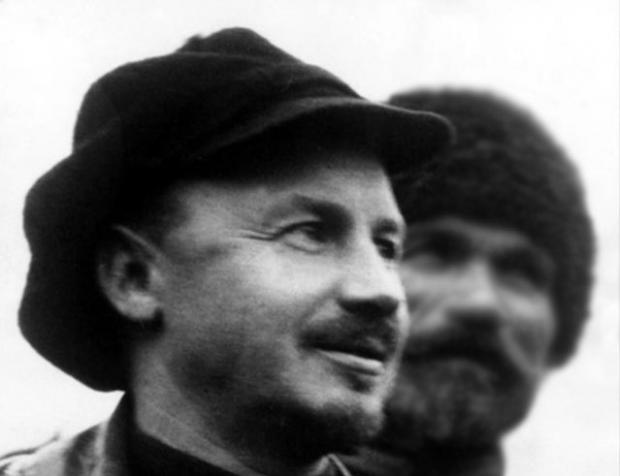 During the Stalinist purges of the mid 1930s, Nikolai Bukharin, a leading Bolshevik, characterized the victims as being picked apart by a “hellish machine.” Accusations were made based on the thinnest justification, stories were created to back up the accusations, and a verdict was delivered from this web of deceit.

We are living through a similar scenario brought on by a new form of media and a new conception of “fact.” The victory of Donald Trump was perpetrated, in large part, by the big lie technique, spread by an extremely corrupt layer of political opportunists and given continued life through a new form of tabloid, scandal-driven journalism.

In Nazi Germany and Soviet Russia of the 1930s, much the same method was employed in order to influence public opinion. It goes without saying that left unchallenged, this modern method of the “hellish machine” will lead us to a dark future where falsehoods and fantasies become fact and reality. The Trump propaganda factory puts out a narrative on most important questions that is nearly fact-free. It does so using Facebook, Twitter, and every other social media platform. It does so with one aim in mind: to paint the opposition with a simple broad brush. It does so with such impunity, it is as if it were entitled to its own “reality.” It doesn’t matter how removed this reality is from the real world, it becomes so because they say so.

It is almost impossible to overstate this phenomenon. Real problem-solving must be based on factual evidence and direct experience. Facts are not subject to debate and should not be open to relative interpretation. Dinosaurs did not live at the same time as human beings, no matter what Ben Carson believes, and the world is undergoing a dangerous warming cycle that is directly attributable to the overuse of fossil fuels to generate energy. These realities are only subject to debate in a fantasy world.

Trump’s program, if unchallenged, will lead to misery, war, and fascism. Everyone will be tested in the struggle that is upon us and no one will get a free pass. Now is not the time to panic and fear for the future. We should face the coming storm with a clear mind and not bow to the fact-free world of Donald Trump. Instead, we must continue to engage in critical thinking and reasoned public discourse.

We must take a deep breath and develop a strategic approach which unites the overwhelming majority of the American people in a movement to defend and improve their living standards. This task can only be accomplished by fighting an unrelenting battle against racial bigotry and all forms of discrimination. There is no wall between these struggles and we should not create one out of anger and dismay over the election of Donald  Trump. Fear of what might be in front of us is ultimately self defeating. A serious, scientific approach can result in a successful plan if it is executed with determination and solidarity.

The national situation is fraught with difficult problems. The Trumpist path out of crisis is to divide the working people on an international scale, sow confusion about the obscene disparity in wealth, create havoc over the mass immigration of people, and deny that the world is warming at an alarming rate. The only way the overwhelming majority of people of this country can effectively respond to the danger his administration and his clique represent is through a scientific analysis and a convincing argument. Organization must be built on these principles. With such an approach, we can oppose Trumpism in all its manifestations with firm resolve and a sense that nothing about this situation is inevitable.