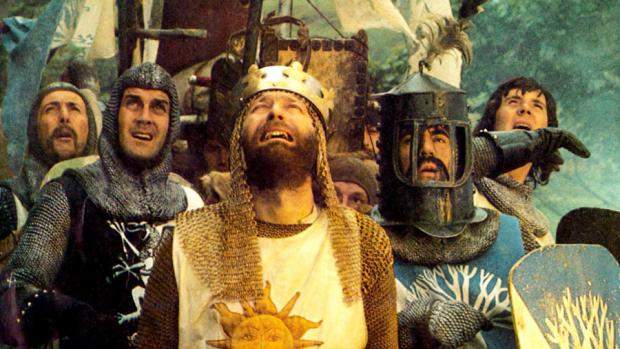 UNBROKEN—Joel and Ethan Coen worked on the script for this biopic about Olympic runner Louis Zamperini, who as a soldier in World War II survived a plane crash and 47 days only to be rescued and tortured by the Japanese army. Starring Jack O’Connell, Finn Wittrock and Domhnall Gleeson. Directed by Angelina Jolie (In the Land of Blood and Honey). Reviewed this issue.  Flix, Maple Ridge, Regal Elmwood, Regal Quaker, Regal Transit, Regal Walden Galleria

ANNIE—Latest remake of the musical adaptation of the 1930s comic strip—or was it a radio serial first? It’s been a long run. Starring Quvenzhané Wallis, Jamie Foxx, Rose Byrne, and Bobby Cannavale. Directed by Will Gluck (Friends with Benefits). Area theaters

EXODUS: GODS AND KINGS—Christian Bale as Moses leading his people out of Egypt. With Joel Edgerton, Aaron Paul, Sigourney Weaver, and Golshifteh Farahani. Directed by Ridley Scott, who after Prometheus and The Counselor is not exactly on a hot streak. Area theaters

FOXCATCHER—Another biopic from director Bennett Miller (Capote, Moneyball), this time based on the relationship between millionaire John du Pont, of the du Pont chemical family, and brothers Mark and Dave Schultz, both Olympic gold medalists for wrestling. You may want to read up on the case before you see the movie, which seems to go out of its way not to offer any explanations for what happened. Stars Steve Carell, Channing Tatum, and Mark Ruffalo perform under daunting amounts of facial prosthetics, a somewhat odd decision given that few in the audience are likely to know what these people looked like in the first place. The clinically observational tone is fascinating, but in the end all of the cool weirdness leaves you more than a little frustrated. With Vanessa Redgrave, Sienna Miller, and Anthony Michael Hall. –MF Amherst, Eastern Hills

FURY—War has seldom been portrayed more hellishly than in writer-director David Ayer’s (Training Day) film that follows an American tank crew in the very last days of the Second World War’s European Theatre operations. Brad Pitt plays the sergeant leading this crew as a quasi-mythic figure, a profane but all-American warrior-saint. His philosophy is presented as he trains a green kid (Logan Lerman in a sensitive, persuasive performance) in the cynicism and savagery that are natural consequences of war. The theme of brothers-in-arms fades under all the juvenile pulp-fiction fantasy, and by the last overblown, drawn-out, catastrophic battle scene, it has become impossible to take seriously. With Shia LaBeouf, Michael Peña, and Jason Isaacs. -GS McKinley

THE HOBBIT: THE BATTLE OF THE FIVE ARMIES—The last of Peter Jackson’s six J. R. R. Tolkien’s adaptations is the shortest but feels like the longest. After perfunctorily dispensing with the dragon Smaug, the remainder of the film becomes a sword and sorcery take on The Treasure of Sierra Madre, with dwarf leader Thorin Oakenshield (Richard Armitage) refusing to share the treasure with his now homeless Middle Earth neighbors. A subplot inspired by references in other Tolkein work finds the White Council (Gandalf, elf king Elrond, Lady Galadriel, wizard Saruman) on a parallel quest to solve the mystery of the Necromancer, setting up the reign of evil Sauron in Lord of the Rings. This padding out of The Hobbit’s relatively simple storyline is the equivalent of George Lucas’s Star Wars prequels, though fans are less likely to mind its inclusion. At the end of the day, Jackson and his army of collaborators have achieved something remarkable with this series, but I’m glad it’s over and Jackson can concentrate on other endeavors. This final entry feels like the last half hour of a traditional feature, stretched out to five times the length. Starring Martin Freeman, Orlando Bloom, Richard Armitage, Cate Blanchett, Ian McKellen, and Christopher Lee. –Greg Lamberson. Area theaters

HORRIBLE BOSSES 2—It’s less offensive than the original, which probably won’t be a selling point. The story pits ordinary guys Jason Bateman, Jason Sudeikis, and Charlie Day against the financiers (Christoph Waltz and Chris Pine) who ripped them off, but it hardly matters: Director and co-scripter Sean Anders, currently hot in Hollywood after the success of his screenplay for Meet the Millers (he also wrote Dumb and Dumber To), is mostly concerned with repeating what audiences liked about he first movie: sex-addict dentist Jennifer Aniston talking dirty, Jamie Foxx upending gangsta clichés, and the three stars doing a cross-talking routine that is funny even when the dialogue isn’t. In the interest of bringing back every surviving character Kevin Spacey also pops up briefly; bet he got paid a lot of money for what looks like a single day’s work. -MF Area theaters

INTERSTELLAR—That Christopher Nolan’s magnum opus, about the search for a planet capable of supporting human life, is the most argued-about movie of the year has less to do with reaction to its content than with its inconsistency. Your own opinion likely to hinge on what you most want in a movie, visual effects, provocative ideas or fleshed-out drama. The ideas are there, though whether they’re plausible or merely fantastical is likely to be over the heads of most viewers. Nolan and his co-scripter brother Jonathan alternately withhold information that you want (about the demise of our planet in the near future) while rushing science at you too quickly to digest. Matthew McConaughey performance demonstrates that it’s possible to overact quietly, though he’s still effective in the occasional tear-jerking moments. It’s worth seeing, but don’t expect anything as dazzling as The Dark Knight or Inception. With Anne Hathaway, Jessica Chastain, Michael Caine, Matt Damon, John Lithgow, Casey Affleck, and Topher Grace. -MF Area theaters

NIGHTCRAWLER—It could be called Skincrawler for Jake Gyllenhaal’s viscerally creepy performance as sociopath Lou Bloom, pitched somewhere between Travis Bickle and Rupert Pupkin. (A younger Robert DeNiro would clearly have been the first choice for the role.) An LA bottom feeder looking for a path to success, Bloom finds it selling video footage of crime and accident scenes to a television station where the overnight news director (Rene Russo) is desperate to save her career. Writer/director Dan Gilroy keeps his examination sharply focused, shooting mostly at night on streets that crackle with danger and excitement. Bloom’s recitations of speeches learned from internet self-improvement classes add a satirical edge to story that is no less unsettling for being somewhat obvious. With Riz Ahmed and Bill Paxton. –MF McKinley

ST. VINCENT—Bill Murray may shout to the heavens that he doesn’t want an Academy Award, but it’s hard to see this mawkish comedy-drama as anything other than a calculated shot at an Oscar. His performance is fine enough, but there’s only so much you can expect from a story about a curmudgeon saved from a life of whoring and gambling by his friendship with a lonely boy who movies in next door with his harried mother (Melissa McCarthy). Plausibility is never the film’s strong point, but the contrived finale is so shameless that it looks like an old SNL parody. Written and directed by Theodore Melfi. With Naomi Watts, Chris O’Dowd, and Terrence Howard. -MF Regal Transit

THE THEORY OF EVERYTHING—As an Oscar contender, this biography of Stephen Hawking, based on a memoir by his first wife Jane, is a model of restraint and inoffensiveness: it’s a shoo-in for the The King’s Speech voters. Hawking’s work takes a back seat to his slow debilitation from ALS and the history of his marriage. But while we go into the film knowing it will end in divorce, the factors driving the couple apart feel elided. It’s as if the filmmakers didn’t want to be disrespectful to a man who is considered one of the great scientific minds of our era. But in that case, why make the film at all? Even the irony that, as presented here, all that ended the marriage of a man so obsessed with the nature of time was time itself seems unintended. With fine but unostentatious performances by Eddie Redmayne and Felicity Jones as the Hawkings. Co-starring Harry Lloyd, David Thewlis, and Emily Watson. Directed by James Marsh, best known for documentaries like Man on Wire. -MF Eastern Hills, Regal Elmwood

TOP FIVE—Chris Rock wrote, directed and stars as a comedian trying to make a career switch to a serious actor. Set in one day (with way too much happening for 24 hours), it veers between show business satire and sexual politicking as Rock’s character is interviewed by journalist Rosario Dawson. It’s the best of Rock’s efforts behind the camera but still wildly uneven, balanced between a fair amount of laugh-out-loud humor and too much unbelievable plotting. With Gabrielle Union, Ben Vereen, and Kevin Hart. –MF Area theaters

WILD—Novelist Nick Hornby wrote the screenplay for this adaptation of Cheryl Strayed’s memoir of her 1994 hike along the Pacific Crest Trail, which extends for 2,663 miles from Mexico to Canada. Strayed (played by Reese Witherspoon, who also co-produced the film, in an effective act of image-adjusting) was not an experienced hiker, and she doesn’t seem especially well prepared for such an arduous trek. But she undertakes it as an act of will and self-punishment, to confront and exorcise her demons. As unveiled in flashbacks, they don’t seem all that awful, especially when we compare the film to Into the Wild and 127 Hours, both recounting much more distressing wilderness journeys. Wild is at its best not when it’s trying to persuade us how bad Strayed’s life was but when it focuses on the alternately grim and dull slog of a three-month walk—now there’s a triumph. With Laura Dern, Thomas Sadoski, and Michiel Huisman.  Directed by Jean-Marc Vallée (Dallas Buyers Club). -MF Eastern Hills, North Park, Regal Walden Galleria