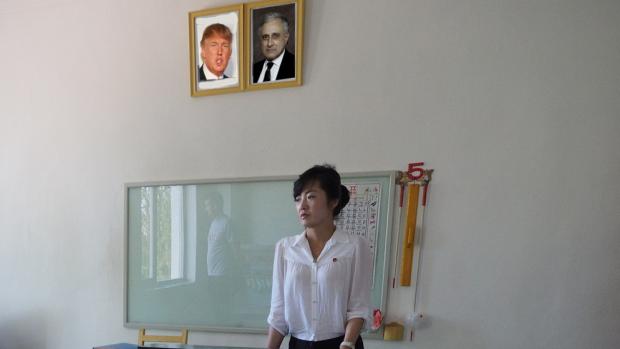 Buffalo School Board member noticed pictures of President Obama during visits to public schools. These pictures were placed independently by teachers and principals for educational purposes. Paladino, however, decided he would introduce a resolution which, if passed, would amount to the school board mandating the placement of portraits of Great Leader Trump in every school.

Paladino initially made the request during the portion of the meeting when board members give committee reports, saying he represented the “patriotism committee,” which is not actually a board committee. He later presented it as a formal resolution, which ultimately failed to gain enough support from his fellow board members.

“I think this is problematic,” said board member Theresa Harris-Tigg. “Now we are going to mandate, and force something, when it has been their prerogative.”

Good attitude to have! Who cares what the individual teachers and principals want? The tl;dr for all of this is this: