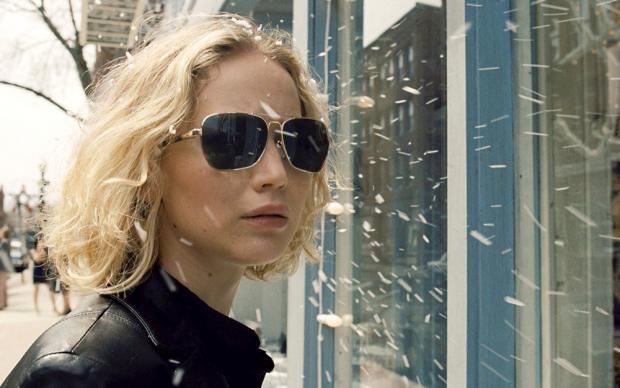 So many movies, so little space.

Of the eight movies rolling into theaters in the coming week, the biggest of the year in terms of box office and industry self-importance, which is the one you should absolutely see if that’s all you have time for?

If you haven’t already seen it, there’s still time to catch Brooklyn. John Crowley’s gentle, intelligent drama about the experience of an Irish emigrant to the United States in the 1950s is probably the best film I saw all year, and given the presence of refugees and immigrants in the international consciousness recently, one of the most important in its understated way.

That aside (and assuming that there’s unlikely to be much of value in either Daddy’s Home or Point Break, also taking up screen space starting Friday), this year’s holiday offerings and award hopefuls use true stories to evoke outrage, whimsy, romance, and tragedy.

The Big Short stars Christian Bale, Steve Carell, Brad Pitt, and Ryan Gosling, and was directed and co-written by Adam McKay, former SNL writer and co-creator of most of Will Ferrell’s movies. That sentence is a lot more likely to put butts in seats than a statement of the film’s subject matter, the 2007 banking crisis that nearly brought down the American economy.

If you’re like me, most attempts to explain the underpinnings of that crisis are likely to make you feel either bored and/or stupid—which, as one of McKay’s characters points out, is exactly the point. Working from the book by former Wall Street insider Michael Lewis (Liar’s Poker), the film follows several unconnected characters who, a decade ago, all came to the same conclusion: After decades of manipulation, financial markets were about to collapse under the weight of their corruption, and money could be made by, essentially, using the markets to bet against them. (My wife, who is as perspicacious as she is beautiful, works in banking and was making the same predictions of upcoming trouble in the early 2000s.)

These guys are hardly heroes, but they serve as an entrée into a world designed to be confusing. McKay’s background may be in lunkheaded comedy, but he’s a smarter guy than the presence of Talladega Nights and Step Brothers on his credits might lead you to assume. The film is good at explaining such arcane concepts as collateralized debt obligations, though the sheer volume of bullshit it guides you through is still likely to make your head swim, to the point that the story’s harshest irony—gambling on the collapse of a corrupt system, these players learned that the system is more deeply corrupt than they imagined—gets muted. See it, and then dig up a copy of Charles Ferguson’s excellent (and Oscar-winning) documentary on the same subject, Inside Job. That one will really piss you off.

Concussion is another film about actual events that would better be served by a documentary than a fictional adaptation. Will Smith stars as Dr. Bennet Omalu, the Pittsburgh pathologist who in 2002 ordered an autopsy on the body of Pittsburgh Steelers center Mike Webster in an attempt to explain the increasingly erratic behavior that cause Webster to lose everything, including his life. What he discovered was a condition, chronic traumatic encephalopathy, brought on by excessive blows to the head—a sine qua non of football.

His discovery, in other words, is that “God did not intend for us to play football,” which does not go over very well with anyone, especially in a town as football-crazed as Pittsburgh. (Buffalonians of course will have to take it on faith that a city can be like that.) The film’s problem is that it doesn’t have a well-defined dramatic arc after Omalu’s discovery. The NFL steps up to take the nemesis role, suppressing and countering his studies at every opportunity, but the suggestion that they caused his pregnant wife to have a miscarriage is half-hearted and probably insupportable. And while you can hardly blame the writers for cherishing the details of Omalu’s personal history—born in Nigeria, holder of more advanced degrees than you could shake a stick at—they distract rather than add to the primary story.

Fans of writer-director David O. Russell like to compare his films to those of Preston Sturges, who in the 1940s produced the most singular run of movies in the history of American comedy, including The Lady Eve, The Miracle of Morgan’s Creek, and Hail the Conquering Hero. Watching Joy, Russell’s latest, I could only wish that the comparison were truly apt. It features a terrific performance by Jennifer Lawrence as a heroine Sturges would have loved, the Long Island woman who invented the Miracle Mop and became rich selling it on the then-new able channel QVC. Like Sturges, Russell packs his movies with characters who all think they’re the star of the story (and, in a different handling, could be). But while he has all the right ingredients, Russell isn’t much of a cook. He stirs and stirs to haphazard results. The first half of the film, charting our heroine’s domestic problems, are mostly just depressing, And the film’s third act seems to have been stuck on just to give the story a dramatic conclusion. Bradley Cooper and Robert De Niro, who also co-starred with Lawrence in Russell’s last two films (American Hustle, Silver Linings Playbook), are back in a large cast that includes Édgar Ramírez, Diane Ladd, Virginia Madsen, and Isabella Rossellini. But it’s Lawrence’s movie all the way.

The Danish Girl is loosely based on the life of Einar Wegener (Eddie Redmayne), the Danish landscape artist of the 1920s whose posthumously published diaries (under the name Lili Elbe) have been inspirational to the transgender community. Though happily married to Gerda (Alicia Vikander), a rising portrait artist with whom he shares physical passion, Einar becomes consumed with the belief that he is actually a woman, leading him to undergo attempts at surgical correction. It’s a handsome production directed by Tom Hooper with similar period detail as his Oscar-winning The King’s Speech. But it walks an uncertain line between transvestitism and transgender, often seeming to imply that the two exist on a continuum. Its appeal may be limited to those who have read Lili’s diaries, those are also the ones most likely to spot the liberties that have been taken with them.

Another story of love when it dared not speak its name, Carol has a more tenuous connection to a real-life story. It is based on the novel The Price of Salt, written by Patricia Highsmith from an experience in her own life and published under the pseudonym “Claire Morgan” in 1952. It recounts a romance between her and a married suburban woman she met while working as a department store clerk.

For director Todd Haynes, this provides another chance to explore repressed gay love in the staid 1950s, as he did in Far From Heaven. But while he recreates the era to visual success, he’s not as concerned with imitating a Douglas Sirk melodrama this time around. (You may or may not consider that a plus.) Languid and seductive, it’s a slow burner with Rooney Mara and Cate Blanchett as an exquisitely matched pair.

At two hours and 45 minutes, Quentin Tarantino’s The Hateful Eight also burns slowly, but despite a lot of promising sparks fizzles out by the time it gets to its gore-soaked finale. Set sometime in the years just after the Civil War, with many of that conflict’s passions still fresh, it contrives to place a bunch of characters in a remote Wyoming way station during a blizzard that makes travel impossible. (There are, by my count, 10 of them, and which of them are not among the hateful I couldn’t figure out.) The dialogue lacks the florid orotundity that is Tarantino’s stock-in-trade—there’s no place for Christoph Waltz here—which leads you to think that he may be after more serious concerns than in previous films. But everything that appears to be dissecting the American character turns out to be merely a diversion from a spaghetti Western story that could—and should—have been told in a trimmer film. Excellent Ennio Morricone score, though.