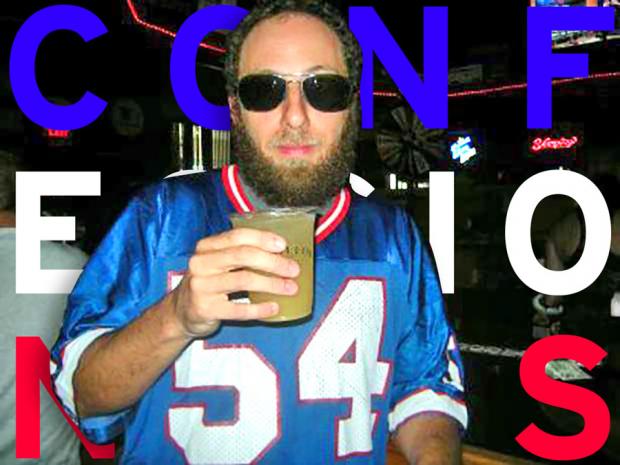 You pronounce the phrase “for better or worse” with a knowing smirk because, well, it should be obvious by now, it’s always always for worse.

You’re educated, you’re not superstitious, but you meditate seriously on the fact Ralph Wilson Stadium was built over a Wenroes burial ground and you call a spade a spade: The Bills and all of Buffalo are cursed.

You know Buffalo sports teams are doomed, just as anything from Buffalo is doomed, but you’ve reached such Zen-like peace with pessimism that you put the OM in DOOM. You are One with The Big Buffalove.

You take a perverse pride in the fact the Bills have the longest playoff drought of any team in professional sports. You take pride that in the Iliad-cloaking mists of the past, the Bills lost four Superbowls in a row. These supernatural feats set you apart and anything that sets you apart is a point of pride. You are famous, you are historic. Your hometown is a source of awe and wonder. Why wouldn’t you be proud? If you’re famous for losing, what of it? You own it. You own losing.

You suffer from Wide Right Disorder.

As did I. Mine was a happy childhood in the suburbs of Buffalo. A happy-go-lucky kid with a clean mind, I still believed in happy endings. Everything turns out for the best I said to myself as I watched that leather egg wobble skyward end over end and wide right of the goal posts—giving the Giants a 20-19 victory and emotionally freezing me in Queen City carbonite, a 13-year-old loser in a tear-stained Bills sweater.

As the years went by, my condition became more acute. With every disastrous season, I loved the Bills more as my pessimism became more perfect, my understanding of failure more philosophical, and my identification with losers–lovable laughable laudable losers–more complete. I rewrote the book of Job from the perspective of the suffering fan (Then Satan answered the LORD, and said, Doth Rob fear God and love his Team for nought? Hast not thou made a hedge about him, and about his Team? But put forth thine hand now, and touch all that he hath, and he will curse thee to thy face) and took pride in a sober and dare I say poetic fatalism in the lineage of Solomon, Thomas Browne, and Friedrich Nietzsche. I followed the team compulsively.

Now I’ve never been one for mental health, but one day, to appease my wife, I saw a therapist who specialized in the condition and told me there’s hope. Health insurance paid for a Tudor electric football game where players are arranged on a small metal field which vibrates when its electric motor is switched on. “The imagination then takes flight as players run around the board in an unpredictable manner.”

We tried three times a week to recreate that game with exactness. Given enough iterations, the electric motor was bound to vibrate the painted players until Superbowl XXV repeated itself up to the 14:52 mark of the fourth quarter, when little plastic #11 would nail that sucker dead center and set me free. My great aleatoric gridiron hope!

But Nietzsche and Tudor be damned, it never came to pass, and my therapist accelerated treatment. A Bruce Smith jersey smelling of lavender; a painting of Marv Levy as a centaur; a long night climbing a greased goalpost on my high-school football field under the middle-school stars…and still I couldn’t shake the faith that I was born to lose…

It’s a fool’s errand to use rational arguments to persuade a fan to stop following the NFL. The players were not born in your city…owners are a freak-show assembly of evil billionaires…11 minutes of action in 185 minutes of “game time”…racism, sexism, militarism, exploitation…poor handing money to the rich…it’s a fool’s errand. Ultimately, it’s a religious impulse to tie your personal destiny to a force like an NFL team over which you have no control. It’s a religious impulse to feel uplifted or defeated according an unlistening, far-distant, uncaring fortune that belongs to someone other than yourself.

It’ll be your own secret, how instead of squandering Sundays potato-eyed in front of the TV, you walk with your family through the parks. When instead of doing what you were supposed to do – what people said you had to do–you followed your heart and spent Sunday doing something new.

But hey, it’s only a game, it’s just football, nothing serious. The Bills have so much trouble finding a guy who can throw the pigskin, their only hope is that the NFL change the shape of the ball. It’s all a laugh. Fans have built up the NFL to a $121 billion valuation, they spend what they can’t afford, they fly flags and wear uniforms, but their psychology isn’t affected by the win-loss record of a billionaire’s toy.

Of course. Buffalonians aren’t depressives because of their team’s farcical history and historic drought. Buffalonians don’t stop short of their dreams because their team stops short of the playoffs. They don’t personalize loss. That’s insanity. Why should they try to cure themselves if they aren’t sick to begin with? It’s just good old fashioned fun. Doesn’t matter. Keep watching. There’s no such thing as Wide Right Disorder. There’s always next year.