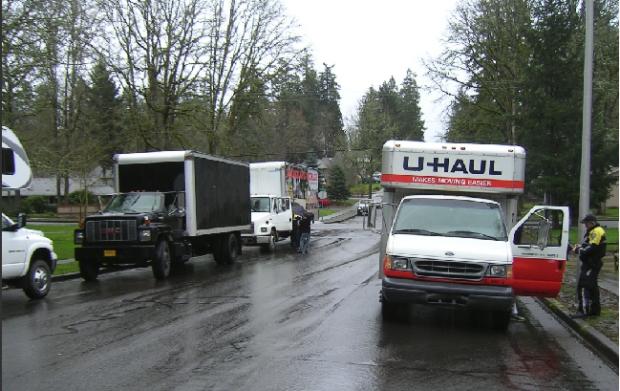 That was the story that blared on the morning newscasts in Buffalo Thursday morning. The Buffalo News, too. Why, we lost loads of people!

We lost a net 48,500 people over the course of one calendar year.

(What good is a media Facebook page or comment section without a sea of Thomases and Amys leaving their “KKKING CUOMO” comments, interspersed with the bolded “I made money doing online surveys” spam.)

Unshackle Upstate’s Executive Director is former Chris Collins staffer Michael Kracker, and its board is made up of the heads of four upstate Chambers of Commerce — including the Buffalo Niagara Partnership — and an Albany-area building trade lobby. It has a particular agenda, which one commentator in 2016 at City and State characterized as,

The problem is that both storylines are provably false, if evidence-based policy is your goal.

Oppressed and abused upstate? Untrue. Upstate is the beneficiary of a massive economic subsidy paid for by downstate taxpayers. The reliably right-wing and honest Empire Center has said, “New York’s state revenues are disproportionately generated in New York City and its suburbs, resulting in a net transfer of income to upstate.” To use a downstate expression, it’s not chopped liver. For every dollar upstate pays to the state, it gets back about $1.60. The opposite can be said for downstate: For every dollar sends to Albany, downstate gets back roughly 90 cents.

Well, what about those high taxes, high spending and over-regulation? The best way to measure that is to compare those communities in New York where taxes, spending and regulation are higher, and those where they are lower. Guess what? New York City and its suburbs have much higher local and state taxes, much higher government spending and much tighter regulation. Those economies are booming, and not just in the financial sector. Upstate communities with low taxes, low spending and low regulation continue to contract economically. Even the Federal Reserve, which carefully monitors this stuff, has weighed in. It just released statewide economic data with bad news for upstate: “little to no growth in the center of the state.” For downstate, good news: “New York City is experiencing strong job growth, with most of it coming, surprisingly, from outside the financial sector.”

That’s a set of home truths that few in western New York’s media landscape are willing to tell you, because it so fundamentally violates the central tenets of upstate victimhood and martyrdom.

Anyhow, 48,500 people out of a total population of just under 20 million. That’s ~0.2% of the state population. Not exactly the panic-red-alert trigger that everyone needs to freak out about, and that the propagandists and the media will massage and exploit to generate clicks. (It’s also not liberal over-reach).

I watch WGRZ Channel 2 most mornings, and they led with this story. They quote two people: a Census Bureau demographer, and E.J. McMahon from the conservative pro-business Empire Center. But McMahon himself reveals two important points:

So, to the extent this undramatic 0.2% net population loss is a problem, it’s mostly a downstate problem. Granted, taxes in New York are higher than in other states, but if out-migration is mostly from downstate that’s just math — overwhelmingly, most New Yorkers live in downstate. But I can think of loads of reasons why someone would move out of the five boroughs of New York City, Westchester, or Long Island that have nothing whatsoever to do with taxes. Traffic, population density, the sky-high cost of real estate (and concomitantly high property taxes), a crap subway system, long commutes all could contribute to this. Hell, I saw routine rush-hour traffic jams on the 684 from Danbury, CT to White Plains earlier this year. No one has time for that. The Hutchinson River Parkway from the 287 to Pelham is almost always a parking lot now. I’d move too.

But look at that map again: Louisiana, Mississippi & Wyoming — these not exactly what anyone would consider to be high-tax states. They’re losing population too. So, the “taxes” meme doesn’t necessarily work here.

This is nothing new - media outlets typically will regurgitate data from right-wing think-tanks with little or no analysis. For instance, the right-wing Tax Foundation’s annual ranking of states by “business climate” routinely places New York near the bottom of the list. Republicans rant and rave about every annual release as a revolving door of justification for their proposed policies and agenda. For 2019, population-losing New York is number 48. Population-losing Louisiana is number 44, But population-gaining California is even worse than New York at 49, and snowy, population-gaining Minnesota is 43. Population-losing Mississippi has the 31st worst business climate.

McMahon says most of New York’s out-migration is from downstate, and to places like Connecticut and New Jersey. Those two states are numbers 47 and 50, respectively. Incidentally, “Taxachusetts” is number 29.

For 2019, the state with the best business climate is Wyoming. In case you forgot from the preceding paragraph, Wyoming is one of the states seeing a drop in population. Indeed, this is the third consecutive year that Wyoming’s population has dropped, and the number is 1,200, leaving a population of 577,737 — like New York, also a drop of about 0.2%.  But this is in a state that has only a little more than half the population of Erie County spread out over 97,914 square miles versus Erie County’s 1,277 square miles.

Next, let’s look at the Empire Center’s data for the entire state. Here is the population tracker for 2010 — 2017. Notice that most losses are from reliably Republican rural counties while notorious Democrat tax-and-spend hellholes like Buffalo, Ithaca, Rochester, Albany, and the tri-state area all have population growth.

So, while the Unshackle Upstate people are already ON IT, before everyone from Ed Cox on down starts bleating on about New York’s taxes being the proximate cause of some dramatic exodus from New York, note that this year’s drop is an improvement over last year, and obviously based on myriad factors.

So, if people are moving out of the state that’s 48th-worst in taxation and moving to the state that’s number 50, taxes can’t be the reason. There must be something else. If you look at the map of states, and then the map of New York, you notice that West Virginia, for instance — a mostly rural state with a declining mining industry — sees people moving out, and so do New York’s rural counties. The places that have done a bad job adapting to a post-industrial world are doing poorly — e.g., Chautauqua and Jefferson counties, while the places that are doing a bit better within this new reality see people moving in, like the Capital District and Ithaca. Massachusetts — once derided for its liberal tax and spend policies now shows a gain in population and a reasonable business climate. In 1997, it abolished county governments altogether and now taxes and spending are handled in and through Boston with no unfunded mandates.

I’m not saying taxes aren’t an issue in New York. You’ll find they’re an issue wherever you go — from Nevada to New Jersey. But the reasons why New York is losing population overall can’t be dumbed down to “hurr durr taxesandspending” like the media and propagandists would have you believe. There are far deeper systemic problems at play — especially in the cesspool of New York politics. The places that are adapting to a post-industrial status quo are faring better than the places that aren’t.

Allow yourself to believe that — every once in a while — complex issues do not necessarily lend themselves to sound-bite condemnations and declarations. And the more people grasp at the easy-but-incomplete answers, the longer it will take to fix what’s ailing New York’s rural counties.