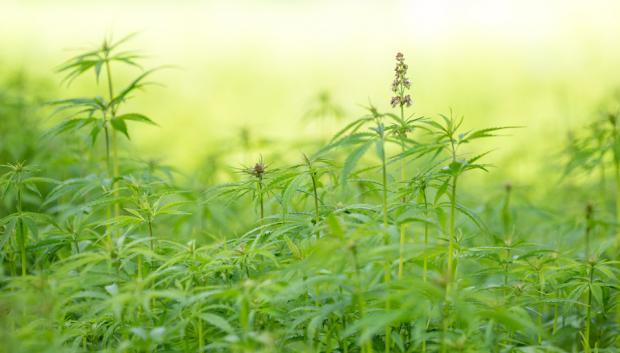 People are excited in Buffalo. For the first time, people see cranes downtown and in the fruit belt. However, not all property in Buffalo is as fortunate to receive such lavish attention. From where I stand I see a different picture. For every building being put up a hundred more come down.

I live in the Broadway Fillmore Neighborhood. From my porch alone, I’ve seen 8 houses go down in the past year. Some of these have been fires, some of these have been demolitions. For the residential properties, I’m not sure that I have a solution to the decay. However, there is an option for our commercial and industrial buildings. That option is legalized cultivation of cannabis.

In 2012 Colorado voted to legalize cannabis for recreational purposes. Colorado now treats cannabis in much the same way as it treats alcohol. Since legalization, Colorado has gained a huge increase in tax revenue. This year alone, Colorado is expected to gross $40 million in cannabis taxes and fees. Supposedly, it has lead to the creation of thousands of jobs state-wide. All the while, crime in Colorado has been dropping.

Most legalization activists would have considered these impacts to be par for the course. Unforeseen, was the impact recreational marijuana would have on the real estate industry.

Since legalization, zoning measures have been implemented to ensure where and how cannabis is grown in Colorado. As a result, Denver has seen a drop in warehouse vacancy from 6.1% to 3.1% since 2013. Put another way vacancy of industrial properties in Colorado has fallen almost 50%. This is attributed to the rise in indoor cannabis cultivation. Additionally, per square foot, industrial property in Denver is now valued at about four times that of the national average.

Unlike Denver, Buffalo has an abundance of vacant and derelict industrial property. Buffalo also has a very poignant community of preservationists. However, most preservationists are out of touch with the realities of the market. Seldom are they able to justify a building based upon it’s market value. This is with good reason. History has no market value.

Positive or negative, the market reigns supreme in the United States. If you want to keep a building standing, you need to have economic justification for it. Cannabis can be that justification. I place the return of the steel mills just a few years past the return of the messiah. Until that happens we need something to create value in our infrastructure.

A quick look on Craigslist shows Buffalo industrial space for rent at around $2.00 dollars per square foot. That’s 1/10th the price of comparable space in Denver. No wonder we can’t keep buildings standing. The market isn’t willing to bare the glut of empty space. Instead, it removes that space by pushing buildings into the landfill.

Imagine for a moment that cannabis was legal in New York State. Following Colorado’s example, we could establish specific zoning inside of Buffalo.

This zoning would serve to regulate how and where cannabis is grown. In turn we could provide value to underutilized commercial and industrial space. Space that will otherwise be destroyed. This added value would finally give preservation market relevant forces to keep industrial buildings alive.

According to a report by The Denver Post, the retail value for cannabis produced in a 3,000 sqft space would be approximately $500,000 dollars. A four month growing period would mean 3 harvests per year. In turn the building would produce $1.5 Million dollars worth of cannabis. Who would knock down a small brick building producing $1.5 million dollars in gross revenue? Nobody.