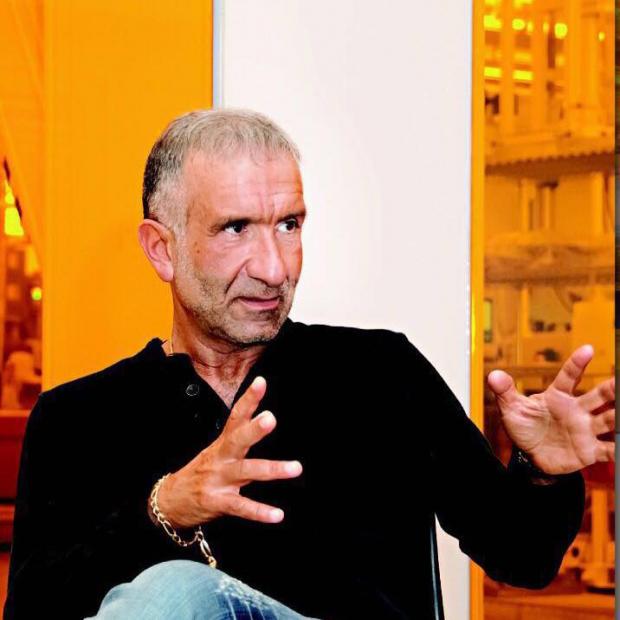 Alain Kaloyeros may be going to jail, but procurement reforms that would have curtailed the abuses he oversaw seem to be a low priority for the New York State Legislature.
by
Rebecca Lewis
/ Dec. 18, 2018 3pm EST

Democrats have a long list of legislation blocked by state Senate Republican that they hope to pass quickly with their new majority in the chamber. However, for at least one stalled bill, control of the chamber may not make a difference: procurement reform. Key legislation on procurement reform failed in the Assembly last year after passing in the state Senate, and it seems likely the bill will face a similar fate this year.

Procurement reform entered the conversation in 2016 with the indictment of nine people involved in the Buffalo Billion bid-rigging scandal, including Governor Andrew Cuomo’s right-hand man Joseph Percoco and Alain Kaloyeros, the architect of Cuomo’s signature economic development program. Federal prosecutors charged that, among other crimes, the bidding process by the state to give out contracts for the Buffalo Billion program had been rigged to favor certain developers. Despite the indictments of those close to him, Cuomo never faced any criminal charges and pleaded ignorance, while promising improved oversight.

But reforms have not materialized. One measure that Cuomo promised was the appointment of a chief procurement officer for the executive branch who would oversee and review all state contracts. No member of the state Legislature sponsored the governor’s draft bill, while then-state Attorney General Eric Schneiderman suggested the creation of such a position would be unconstitutional. State Senator Jeff Klein eventually introduced a bill that closely mirrored Cuomo’s proposal, with additional language allowing the state Legislature to confirm Cuomo’s appointee. However, that bill also failed to gain any traction.

Cuomo has since blamed the lack of action regarding procurement reform on inaction from the state Legislature. But while it did not move on his bill, lawmakers were trying to pass a different bill, drafted by the state comptroller’s office, that addressed the issue by removing oversight from the executive branch and returning it to the comptroller.

Cuomo had previously removed audit powers from the state comptroller in 2011 for State University of New York and City University of New York contracts. The legislation would have restored those powers and expanded them, as well as instituting other contracting reforms. Cuomo strongly opposed the bill, and the two branches of government were left in a stalemate, with members from both parties in the state Legislature reluctant to pick a fight with the governor.

That changed last year, when the state Senate passed the legislation, known as the New York State Procurement Integrity Act, with nearly unanimous support. The only two nay votes were Klein, who sponsored the other legislation, and state Senator Diane Savino, a Klein ally. The Assembly version of the bill had many bipartisan co-sponsors, yet the it never made it out of committee.

Reinvent Albany President John Kaehny said that Assemblywoman Crystal Peoples-Stokes, the bill’s Assembly sponsor and chairwoman of the Committee on Governmental Operations, where Senate bill was sent, deliberately did not allow the bill to ever come up for a vote under pressure from Cuomo. “The governor hated it, and that’s enough to keep something from moving through the Assembly,” Kaehny said. Peoples-Stokes did not respond to a request for comment.

A spokeswoman for Cuomo offered only a general response when asked about the specific legislation, the governor’s role in its failure to pass the Assembly and potential action on other contracting reforms, saying he is “open to further steps” and he “look[s] forward to discussing them with the Legislature.”

Kaehny said there will also be far less pressure on the state Legislature now that all the trials and sentencings are done. “He is going to simply say to [Assembly Speaker] Carl Heastie, as he did last year, ‘Why do you want to endanger other priorities for your caucus like criminal justice reform or rent?’,” Kaehny said. A spokesman for Heastie did not return a request for comment.

The bill is also not an immediate priority for the new Democratic majority in the state Senate, according to state Senator Liz Krueger, who will chair the Committee on Finance. This was the committee the legislation passed through last year before being approved by the entire chamber. Speaking from the conference’s pre-session retreat, Krueger said that procurement reform was not a topic that had come up in conversation.

“There’s like 500 minimum bills that probably should come up with the conference, and we’re doing 10 in two days…it’s not one of the top 10,” Krueger said, adding that she nonetheless thinks the bill is very important and would be open to carrying it.

The state comptroller’s office will continue to push the reforms in the upcoming session as well. “We will propose procurement reform again this legislative session,” DiNapoli’s spokeswoman Jennifer Freeman said in a statement. “In light of the leadership change in the legislature, we will consult them on any possible changes.”

Although Krueger would not speculate on whether or not Cuomo could block it, or how the Senate would respond if he tried to, Kaehny suggested that the appetite for conflict is low. “They’re going to want to deliver a big package of bills fairly quickly, which means peace with the governor,” Kaehny said. “I think [incoming Senate Majority Leader Andrea] Stewart-Cousins will work as hard as she can to maintain discipline within the caucus and keep their eyes on the prize.” A spokesman for Stewart-Cousins declined to comment and deferred to Krueger’s statements on the matter.

Kaehny added that other contracting reform measures that Cuomo has more recently expressed support for may pass in the upcoming session. Specifically, a bill creating of a database of government subsidies and legislation that would forbid campaign contributions from companies with business before the state, both of which passed the state Senate but not the Assembly last year.

But for the Procurement Integrity Act, Kaehny said maybe another year. “There has to be a willingness in the Assembly to go along, it won’t be enough to just pass things in the Senate,” Kaehny said. “Maybe season two of this show will produce something else.”

Rebecca C. Lewis is an editorial assistant at City & State, a politics and policy journal with which The Public shares content.