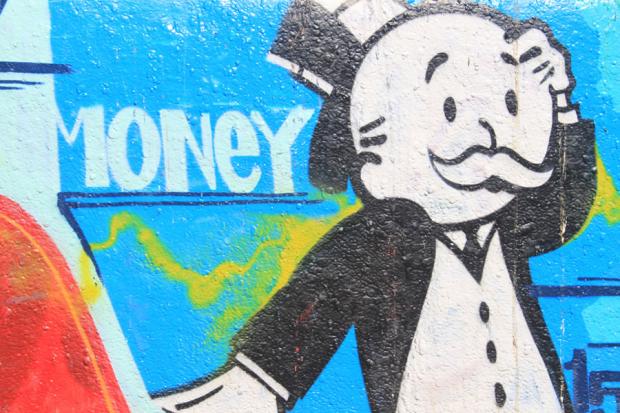 Since last Friday, more than 300,000 folks have seen the YouTube of Elizabeth Warren’s speech protesting the budget deal that ended the prohibition of federal government bailouts of the complicated, risky, potentially disastrous financial-derivative transactions known as “swaps.” Congressman Brian Higgins, former House Speaker Nancy Pelosi, Warren’s Senate colleagues Sherrod Brown (Ohio), and Bernie Sanders (Vermont) are among the many progressive Democrats who voted against this deal, for which our president actually lobbied.

Before he was elected in 2008, then-Senator Barack Obama denounced Wall Street and criticized the very idea of a taxpayer-funded bailout of financial speculators. Six years later, President Obama rounded up the votes to beat the progressives down. Why? Ugly, but simple: Thanks to the budget deal of 2014, Democrats will now have access to campaign contributions from Citibank, Goldman Sachs, and the other mega-banks that wanted this regulation reversed, and the party of Hillary Clinton will use that money, plus the refreshed loyalty of Hispanic voters, to keep control of the White House. Had Obama not done what he did, Wall Street’s money would have stayed with the Republicans alone.

Here’s what the deal means to Buffalo and to the section of New York State that the Rockefeller Institute refers to as “rest of state”: Wall Street will continue to foot our bills. And until we ramp up our “tradeable sectors,” and get some serious import substitution going too, we’ll need the dough.

Up here in Paladino Country, we thus have a perverse incentive to root for Jamie Dimon, the CEO of CitiGroup, who is the ultimate author of the un-regulation of the financial monkey-business that Congress tried to cage after the global financial collapse of 2008—because even though the financial-services sector is shedding thousands of jobs for mid- and low-level Gotham employees, Jamie Dimon and his ilk still pay 20 percent of the taxes collected by the State of New York.

And as the 2011 Rockefeller Institute study “Giving and Getting” showed, just as our own 2010 study and a previous CGR study showed, the area Rockefeller terms “rest of state” (meaning Upstate) gets more state jobs, more state road money, more state transfer payments, and overall more state dollars than an equitable distribution of state resources would warrant were Albany to treat all New Yorkers on a per capita basis rather than shipping Downstate money here in crates. We put in less, we get more; because of Wall Street, New York City puts in far more and gets far less.

Upstaters are on the dole. Upstaters really should hurry up and get off the dole—quickly—because even as Wall Street keeps demonstrating that it can rewrite federal rules any time it wants to, Wall Street has every incentive relocate its cornucopia.

The industry that funds globalization, and which thus keeps us poor, may itself be struggling. State Comptroller Tom DiNapoli began warning last spring about a slimmer bonus take this Christmas. Wall Street investment bankers, merger-and-acquisition specialists, lawyers, traders, and others may well be making their firms lots of profits, but DiNapoli warned that individuals whose average 2013 bonus was $165,000 apiece might see much smaller payouts in 2014. This is the year that European regulators started restricting bonuses for bankers in the European Union; many of those folks work for firms domiciled here. It’s an open question whether the big bucks will flow this year, and next year, as they have. Some are wondering whether taking the anti-bailout language out of the Dodd-Frank regulation package was more than a political peace offering by the White House: maybe it was a way to keep all the dealers in Ferraris and $30,000 wrist-watches and multi-million-dollar Manhattan condos going, too, with us poor sparrows feeding on what the prancing stallions leave behind.

But in our New York State of mind, it seems that some progressives like the status quo, too.

At a Saratoga conference last week, none of the public-sector union leaders, elected officials, policy intellectuals, academics or graduate students showed any interest in the difficult but potentially transformative policy initiatives that require regionalism, amalgamation, or consolidation of existing governments—not as a way of saving money, but as a tactic for the kind of economic refocusing that regionalized cities in Canada, the UK, Britain, and Germany have experienced. Instead, folks there spoke longingly of a stock-transfer tax worth $6 billion or more—as if financial-services firms that are already shedding thousands of employees would willingly foot the bill for the thousands of units of local government that Governor Cuomo vows must shrink.

And at a Buffalo State College forum on employment in the aftermath of the Great Recession of 2008-2011, all of the participants spoke about a multi-year New York State commitment to investing in new industry, new medical corridor facilities, new transit equipment, and other new infrastructure—because we are accustomed to the font of all project revenue, namely, Wall Street, continuing to gush forth, no matter what OPEC does, no matter what Vladimir Putin might do, no matter where in the cloud Wall Street may find a better return on investment.

Globalism, localism, and the dog-whistle

Meanwhile, what we’re enjoying today—Buffalo’s version of the Great Inversion, where suburbanites with ice-skates may now linger downtown longer thanks to Canalside’s skateable ice, and the cheap West Side real-estate immediately adjacent to the new Five Points Bakery, and the sparks of an entrepreneurial renaissance actually flying thanks to Jordan Levy’s 43 North competition—are notable, newsworthy, and getting Buffalo some of the buzz that Pittsburgh profits from. Favorable signs abound: the Buffalo Common Council weighed in unanimously against putting condos on the Outer Harbor. Kid-friendliness. Beer-friendliness. Renaissance in re-used spaces downtown.

We could use an ECC solution in the tallest downtown tower. We could use Higgins money from the Great Lakes Restoration Initiative.

But we really need to grow more of our own food, and import less; to make our own consumer goods (beer is a fabulous start!), and re-use rather than build anew—even as we use Wall Street’s money to help businesses based here to sell their stuff elsewhere. Out of town students will help, too—but that’s for next week’s sermon.

Bruce Fisher is visiting professor of economics at Buffalo State College, where he is director of the Center for Economic and Policy Studies.