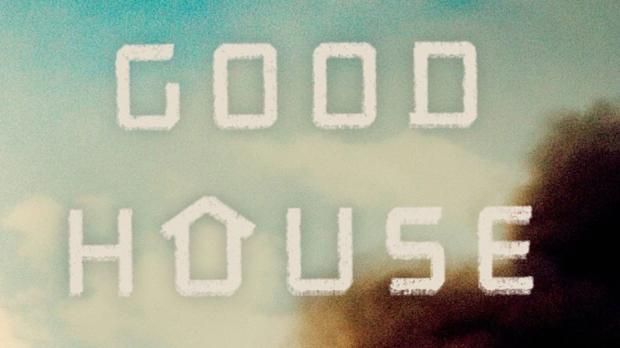 A significant number of the newly published novels and short stories I have read in the past year have been concerned with juvenile imprisonment in the near future. Perhaps coincidentally, all of these texts have been written by women. I have not conducted a rigorous statistical analysis of all of the year’s new publications, and neither have I read most or even a large part of them, but my job and my passions require that I read often and widely and I can say that each of the five texts that I enjoyed most this year was written by a woman. I would not extrapolate much from this—it is not as if there was a dearth of quality writing by women in previous years. But it certainly does feel like more prominent publishing houses are throwing their full weights behind talented women, some of whom are veterans and many of whom are newly arrived on the scene. For several reasons, this is really good news.

2014 saw the release of Donna Tartt’s The Goldfinch, a masterpiece and a welcome return to fiction that does not consider plot pedestrian. Yelena Akhtiorskaya published Panic in a Suitcase, a novel that was unique and accomplished and compelling to the point of unfairness, the sort of novel whose every sentence deserves to be underlined. Jenni Fagan released The Panopticon, which gave us Anais Hendricks, an utterly lovable Oliver Twist for the 21st century. Just a couple of months ago, Diane Cook’s Man V. Nature, far and away the most original collection of stories I have read in years, hit the shelves. That’s not even to mention Amity Gaige, Judith Frank, Eula Biss, Lydia Davis, Hilary Mantel, Roz Chast, Lorrie Moore, Sarah Koenig, whose podcast Serial has my vote for the best piece of long-form investigative audio journalism in the last however many years, and Barbara Ehrenreich.

Add to this list Peyton Marshall, a graduate of the Iowa Writers’ Workshop, and her debut novel, Goodhouse. Neither she nor any of the writers listed above should be considered only within the context of other women who write. The point of mentioning all of them is to show just how much of the yearly catalogue is composed of the voices of women. I cannot help thinking also of The Bone Clocks by David Mitchell and Sweetness #9 by Stephan Eirik Clark, whose clumsy digs at a caricaturized Dworkinian feminism struck me as not only not funny, but dated, ill-informed, and finally stupid, especially during a year in which women have actively reshaped the landscape of popular and literary fiction.

Goodhouse, which has unfortunately received much less critical attention that it deserves, should be near the top of the many frustrating, almost identical best-of lists that flood the internet during the month of December. It tells the story of James Goodhouse, a teenager who is a resident at the Ione campus of the Goodhouse juvenile penitentiary system. The novel takes place in the near future and like all great science fiction, it has a conceit: A genetic predisposition toward criminal behavior has been discovered, and as a result all young boys who contain this genetic marker and whose parents have exhibited criminal behavior become “compulsory wards of the state.” They are removed from their families, given new names, and robbed of almost all freedom. The successes of this novel, which are many, depend on Marshall’s investigation of the plausible consequences of this development. This is how science fiction works, and this is why great science fiction is never really about the future as much as it is about the present: The author chooses one key change to the “rules,” e.g. time travel, a change that is usually either conceivable given recent scientific developments (like genetic testing for behavioral predispositions) or conceivable in the shadier realm of human desire (like the ability to cast spells), and then she takes that change to its logical conclusion. Alfred Bester’s criminally underappreciated novel The Stars My Destination does exactly this: a man trapped in a burning building spontaneously “jaunts” to safety, which leads to the discovery that instantaneous travel is an innate ability that humans have, a sort of psychical muscle we never knew existed. Each novel’s new world is like our own but different, slightly askew, and so human behavior and desire is cast in a new light, a starker relief.

James’s experience in the Goodhouse, which he narrates, is terrifying and believable. He, like Fagan’s Anais or Tartt’s Theo Decker or the protagonist of Cook’s story “The Not-Needed Forest,” is a young orphan. His story is a journey to find himself, but Goodhouse literalizes that cliche in a novel way. James’s name, his parents’ names, his life, his thoughts, his feelings and most of his memories have all been amputated, but some kernel of humanity remains within him. He tries his best to bear the yoke of his predestined criminality, which has condemned him to a life in the savage company of sadistic class leaders like Creighton and Davis, two particularly cruel high-ranking Goodhouse residents, who have the power to physically discipline other students with few consequences. All Goodhouse boys are subject to a rigid system of demerits, too many of which can knock a boy down a level. Level 1 boys can pick a career and change their names upon graduation; level 4 boys are forced to man recycling stations in the middle of the ocean. The Ione Goodhouse, unlike James’s previous Goodhouse at La Pine, features a wide array of creative methods of punishment. James had almost been happy at La Pine, but he was transferred after it was set on fire by a mob of Zeros, civilians with a militant religious bent who believe all Goodhouse boys are irredeemable and should be executed.

Once Marhsall sets the gears and sprockets of Goodhouse in motion, with James’s unshrinking personhood as the mainspring, the novel takes off at a thrilling, breakneck pace. Her writing is appropriate, deft, and never pointlessly complex. James’s story contains all the best elements of young adult, genre, and literary fictions, and the result is a novel that I would give to a reader of really any age confident that it will be read and enjoyed. Goodhouse is a powerful, interesting, fun capstone to the best kind of year: the year that brings glad tidings for the next.