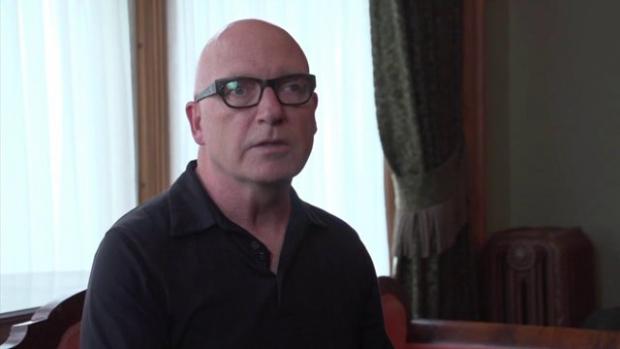 Tomorrow, December 17, shortly before the new print edition of The Public finds its way into your hands, Lawrence Brose will stand before Federal District Court Judge William Skretny and learn the outcome of his five-year long legal battle. Seven months ago the United States Attorney’s office backed away from its original charge of “possessing” over a thousand images constituting child pornography, to a charge of “viewing” a single obscene image, and Brose agreed to plead guilty to the lesser charge.

According to the Federal Sentencing Guidelines under the earlier indictment Brose was potentially subject to a sentence of five to twenty years of prison. The reduced charge carried with it a potential maximum sentence of up to five years, and the offer was accompanied with the US Attorney’s Office guarantee that it would not oppose a deviation from the guidelines. Brose’s fate, which up to that time was dark, rested within the discretion of the sentencing judge, and that discretion has now been exercised.

Five years ago Lawrence Brose was an artist with an international reputation for producing provocative, experimental films which explored the world of gay male sexuality. He was the director of the CEPA Gallery, a respected local institution which he had helped lead from the brink of oblivion to national prominence. And then, on a tip from Interpol, federal ICE agents came to his studio and confiscated his laptop—a computer that was in a space used by many others, on an unsecured network, without password protection. He was arrested, charged with possession of child pornography, and has been living in the twilight world of the criminally accused since. In some ways the passage of time may have worked in his favor, although it is a sure bet that it never felt like that. Gradually facts began to emerge which cast the accusations—and the strength of the prosecution’s case—into serious question. The images that ICE was looking for were never found. Many of the images which formed the basis for the indictment were frames from Brose’s film, De Profundis—exhibition prints which have been shown at the Albright-Knox and other world-famous galleries and which were by no stretch of the imagination child pornography. Brose never claimed that he possessed child pornography for “research purposes.” That grotesquely unfortunate misinformation was unfounded speculation by then-CEPA Board President, the late Jim Rolls, quoted in the Buffalo News and repeated infinitely in the media echo chamber thereafter. Brose’s films—which have been screened all over the world—never contained sexualized images of children, and were never concerned with such issues. The laptop was virus infected in such a way as to enable outside access.

We may never know why the US Attorney offered to reduce the charges against Brose, but we do know that doing so is unusual to the point of being unheard of. Like all law firms, the US Attorney’s Office only takes cases it believes it can win. Unlike all other law firms, however, the US Attorney’s Office has the essentially infinite resources of the federal government to press cases that otherwise might not make economic sense to pursue. The federal government is like your annoying uncle at the holidays: never wrong and never willing to concede. Perhaps the most notable thing about this case is that not only did the US Attorney’s office agree to reducing the charges, it agreed that it would not oppose a non-Federal Sentencing Guidelines outcome. It has not submitted a sentencing request. The US Attorney’s Office looks to have cut its loses—a rare victory for some semblance of sanity.

In order to partake of the government’s generosity it was necessary for Brose to admit guilt to the reduced charge, and he has done this. One of the peculiar remnants of the English common law tradition that still informs our shiny, terrorist-proof, track-lit, steel and glass courthouses to this day is that, like a disgraced English schoolboy, Brose must stand in the well of the courtroom and accept not merely the punishment that has been meted out, but acknowledge that he deserves it as well. The full truth of what this prosecution was about will abide another day.

The Federal Sentencing Guidelines provide that sentences should: “reflect the seriousness of the offense; promote respect for the law, and provide just punishment for the offense; afford adequate deterrence to criminal conduct; protect the public from further crimes of the defendant; and provide the defendant with needed educational or vocational training, medical care, or other, correctional treatment in the most effective manner.” In addition to the Guidelines Judge Skretney has had before him a portfolio of letters from nearly a hundred prominent citizens, regular old folks, politicians, artists, educators and lawyers, all testifying to Brose’s good character and value to the community; a thick binder attesting to the worth of the man that stands in front of the bench momently. Federal Court judges are famously jealous guardians of their prerogatives, and in this case Judge Skretny, who takes Senior status at the end of the year, has indicated from the bench that although he will consider all of the factors in the case the ultimate disposition lies squarely within his discretion. This case has been an ordeal for Brose that few other people can imagine, and it doesn’t end here. Brose will live with the accusation for the rest of his life, no matter what penalty Judge Skretny has decided on.

As a purely utilitarian question there is every reason to hope for a non-guidelines sentence for Mr. Brose. He is no risk to anyone whatsoever, and is not a risk to repeat the offense that he has pleaded to. He is in no need of any sort of rehabilitation. Before he was indicted Mr. Brose was a useful and valuable member of Western New York’s cultural world. He has been a cultural leader and a force for good in society, and there is every reason to believe that he will continue to live his life in that manner. There is nothing that suggests that he is recidivist risk, or that he needs rehabilitation. In fact he has stood strong, and complied with all of the restrictions imposed on him during his ordeal. The circumstances surrounding his case are unique. There is no larger deterrent effect that can be extrapolated by others likely to violate 18 USC ß 1462.

The late Honorable John T. Elfvin, a Western New York jurist well-known for his determined independence once observed, “Guidelines [are] guidelines, not mandates.” If the most valuable quality a judge can possess is a good temperament than the measure of that quality is the proper and constructive exercise of judicial discretion—and it may also be said that the merciful exercise of judicial discretion is one of the most important qualities of a free society. Today, in our name, The People of the United States of America, Judge Skretny has exercised his discretion in sentencing Lawrence Brose. We will return next week to discuss what he has done.

William C. Altreuter is an attorney with AltreuterBerlin, adjunct faculty at UBLaw, and a freelance writer.