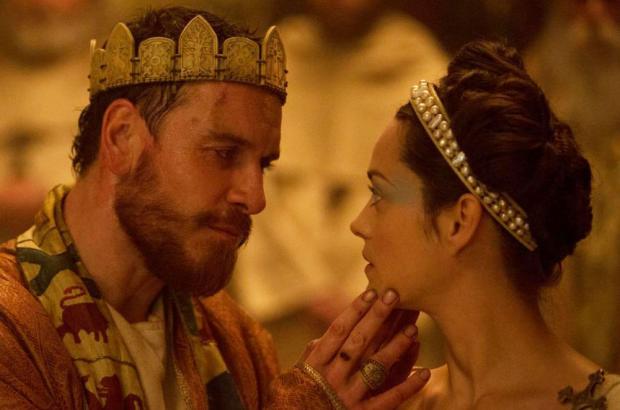 Macbeth is not the Shakespeare play that has been filmed most often—it ranks third behind Hamlet and Romeo and Juliet—but it is arguably the one that has best been adapted to the cinema.

But think of the best films of the Scottish play, with its violence and ghosts and ruinous passions, and you’ll remember fully formed films by the likes of Orson Welles, Roman Polanski, and Akira Kurosawa (who retitled his samurai version Throne of Blood).

This new version stars Michael Fassbender and Marion Cotillard as the noble warrior and his ambitious wife, with a strong supporting cast that includes David Thewlis as the doomed king Duncan and the feral Sean Harris as Macduff. But it succeeds on the work of director Justin Kurzel, who is Australian and bookends this trim adaptation with battle scenes that look like something from his countryman George Miller’s Mad Max Fury Road. (That they also occasionally resemble Braveheart is hopefully a matter of shared historical research rather than a tribute to the original Mad Max.)

The screenplay, by Jacob Koskoff, Michael Lesslie, and Todd Louiso, makes the not unreasonable assumption that you’re already familiar with the play, streamlining a fair amount of dialogue that won’t be missed by most. The essential speeches are presented with shifts in perspective rather than pointing the camera at one character declaiming. This may strike some as unnecessarily restless, but Kurzel accomplishes the texture of a fever dream, often going from scene to scene with no transitions. And he makes great use of magnificent Scottish locations, never shooting an interior when he can be in front of a mountain instead. He gets the benefit of not being stagebound without the usual problems that come from opening a story up in search of verisimilitude. It may lack the fullness of Shakespeare’s play, but it illustrates it in a way that draws you deeper into it.