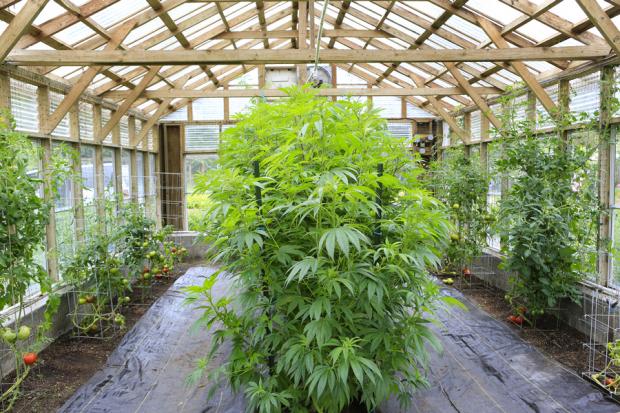 When Washington and Colorado legalized marijuana last year, it forced the Department of Justice and President Obama to make a decision on a thorny issue many pols balk at addressing Their response and attitude toward the drug is slowly becoming clear.

And it’s not just the Dems. An amendment hidden in the $1.1 trillion dollar spending bill that passed the Senate 56-40 in bipartisan fashion included a provision that would effectively preclude the DOJ from arresting or prosecuting anyone who sells or uses medical marijuana in the states where such usage of the plant is protected.

It’s the close of a deliberate week for the DOJ with respect to marijuana: On Thursday it distributed a memorandum to US attorneys insttructing them not to interfere with the growing or selling of pot on sovereign Native American lands, forcing an interesting dilemma upon Indian tribes: What to do with such freedom? Is growing and selling marijuana entrepreneurship or promulgation of a problem in communities long-wracked by drug and alcohol abuse? How many tribes can legitimately claim marijuana as their cultural legacy? Still, the marijuana threat doesn’t seem to be nearly as dangerous as $2 packs of cigarettes and casino gambling, and it’s potentially just as lucrative.

Meanwhile, a DC think tank released results that 60 percent of voters believe marijuana laws should be decided by individual states,. DC voters might agree, with the caveat that they aren’t really afforded the process available to a state.

And overseas, the influential Druze leader Walid Jumblatt is moving Lebanon to consider legalizing cannabis to improve the quality of life of farmers in northern Lebanon and the Bekaa valley. Farmers in those areas enjoyed the fruits of this cash crop in the generation previous before the state cracked down and eliminated the once multibillion dollar business.

But it’s not all sunshine and gravity bongs for potheads these days. Folks are still getting felony possession charges for carrying less than an ounce of the green stuff in our fair country. I’m sure the citizens of northwest Georgia are sleeping safer tonight knowing these thugs are behind bars.