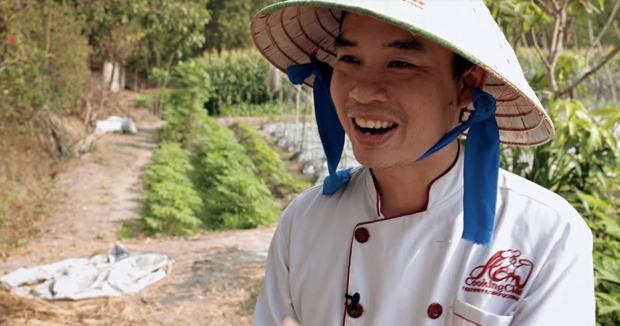 In this hour-long documentary, American filmmakers Eladio Arvelo and Shareef Haq visit Vietnam to explore how that once tortured country was able to turn itself around within one generation to become one of the fastest-growing economies in the world. Travelling south to north between the population centers of Ho Chi Minh City (formerly Saigon) and Hanoi, they interview thriving entrepreneurs including a celebrity chef who runs an organic farm; the proprietors of a Hanoi tea shop who nurture and process ancient tea trees; the founder and CEO of a global software outsourcing company; a member of a coffee cooperative who has watched Vietnam become second only to Brazil in coffee production; and a musician who operates a live music venue to promote a wife variety of music culture. Their cameras also capture some of the area’s breathtakingly beautiful landscapes, basis of a thriving tourist industry.

You’d have to have a heart of stone not to be moved by the fact that this country, source of so much pain and destruction in the 20th century, now has a thriving economy that is working for its population. Still, I couldn’t help but wish that Vietnam: Fast Forward did as much to inform as it does to simply make the viewer feel good. It seems likely that the present success of the Socialist Republic of Vietnam (as it is officially titled) is a result of economic reforms that began to be put in place in 1986. But the filmmakers never mention that history, instead giving the impression that Vietnam’s new prosperity is the result of the collective efforts of millions of individual entrepreneurs. We note that the two main cities each have populations of nearly 9 million, yet the bulk of the film takes place on farms, reinforcing the image of Vietnam as an agrarian country. And certainly there was room for some compare-and-contrast of neighboring China, another country that has made a concentrated effort to modernize in recent decades. Vietnam: Fast Forward makes for pleasant but not very satisfying viewing.