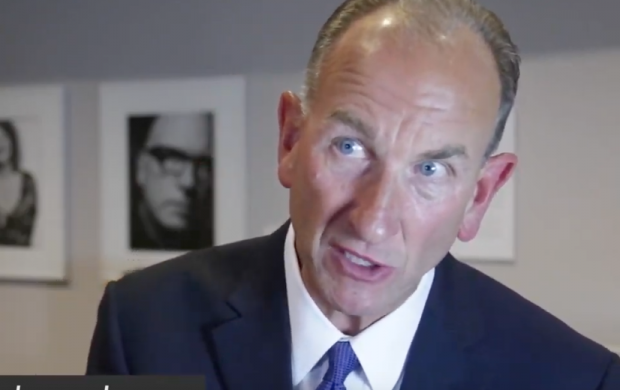 But I’m thinking here more about something familiar to many Western New Yorkers when they think about a crisis in municipal finance. The red and green I’m referring to is the Erie County government financial crisis brought on in 2004 when former Erie County Executive Joel Giambra presented two versions of a 2005 county budget. One would have cut spending in a draconian way—the red budget. The second was the green version, which would have balanced the budget by raising the sales tax by one percent—referred to as the “Medicaid penny.”

That process did not work out so well, and was followed by months and months of fiscal and political agony. Eventually a county control board was created to help bring order. It was not a happy time.

The City of Buffalo has for many years, following the creation of the Buffalo control board in 2003, managed its finances reasonably well, with structurally balanced budgets and annual surpluses. Those days may be over for now.

Last spring, as Mayor Byron Brown and the Common Council began preparations for the 2018-19 budget, City Comptroller Mark. J. F. Schroeder weighed in with his perspective on the budget. Schroeder raised serious red flags about the mayor’s proposal, including the following:

Schroeder also documented expenses that were substantially underestimated, including overtime expenses. The actuals for 2016-17 were $29.4 million and approximately $29 million in 2017-18. The 2018-19 budget only provides $16 million, but Schroeder suggests that OT expenses will hit $26 million by next June 30th

The response of the Common Council to Schroeder’s report was some minor tinkering on the mayor’s proposed budget. No action concerning the budget gaps has occurred since then.

The Buffalo Fiscal Stability Authority (a.k.a. the control board) issued a report on the City’s four-year financial plans in September. Buried among commentary about budget account ups and downs the BFSA report states that “there is a risk the revenue estimates are optimistic and any significant shortfall would result in the weakening of the City’s financial position. We recommend the City closely monitor the revenues during the year and modify the budget timely, as necessary.”

The city administration recently prepared its 2018-2019 First Quarter Gap Sheets Report. They say that as of the end of the first quarter of the fiscal year “the city is projecting to be at budget at year’s end for the current year ending June 30, 2019.” In fact the administration projects a minor budget surplus ($440,000) for the year.

The administration’s analysis goes on the say that “revenues are under the adopted budget currently due to a few lines, which we anticipate will accelerate.” In fact those seven revenue lines in the budget, noted above, are just a few of the hundreds of account lines in the document. They do, however, have an outsize impact on how this year is going to turn out.

The city administration offers some interesting takes on the possible revenue shortfalls. “Traffic Violations is trending lower than budget, but with the emphasis on quality of life throughout the city, there is an expectation that this will improve by 2nd quarter.”Whatever that means.

The Tribal Casino Funds are in arbitration with New York State.

The Charitable Donations program “will be announced in early 2019.”

The Facilities Maintenance Fees program is “still being negotiated with the stakeholders.”

The Fire Department’s overtime “is similar to last year,” but not to worry because there will be many more firefighters hired in January and a new union contract will soon be in place that “will reduce the amount of paid time off.”

In summary the administration reports that their “projections continue to be conservative, reflecting sound, prudent, and conservative budgeting principles.” In other words, move on, nothing to see here.

Comptroller Schroeder recently issued an update on his report based on the city administration’s Gap report. He sees little progress in addressing the budget gaps that were noted last spring. “We continue to be very concerned that actual operating revenues will come in well below the amounts budgeted, as has consistently been the case for the last three years… We have no verifiable information that any of the noted revenues will be realized at amounts greater than we projected [last spring].”

The financial concerns identified in this report do not bode well for the long-term fiscal health of the City. Despite recent improvements to the local economy and rising property values, the City has not capitalized on this momentum to improve its own bottom line. Without a long term plan to address fiscal issues, the City will struggle to keep pace with rising labor costs and provide consistent services to residents, taxpayers, and businesses. A realistic and structurally balanced budget is a cornerstone to any long term plan to achieve and maintain fiscal health.

So where is all this heading? If in fact the budget gap for 2018-19 is as big as Schroeder is projecting, it will not be possible for the city to cut its way out of the hole; it’s too deep. Fund balance is not available. There is a “Rainy Day Fund” of approximately $38 million in city coffers, but even if raiding that account was decided, filling the gap in the operating budget with one-time revenues would provide nothing more than a short term fix to the problem.

Maybe the city can, as in days gone by, secure a big pot of new money from the state. Maybe the mayor, who has a close relationship with Governor Andrew Cuomo, can encourage the state to at least fill that large part of the revenue deficit that results from the non-payment of Casino revenues. Even that, however, might only address less than half of the full deficit.

The Buffalo Fiscal Stability Authority could come out of its dormancy and go back into a “control” mode where it could once again play a large role in the day-to-day management of the city finances.

At the end of the day, doing nothing about this imminent crisis is the one approach that city leaders cannot afford to take. It’s a “pay-me-now, or pay-me-even-more-later” scenario, and time is running out.