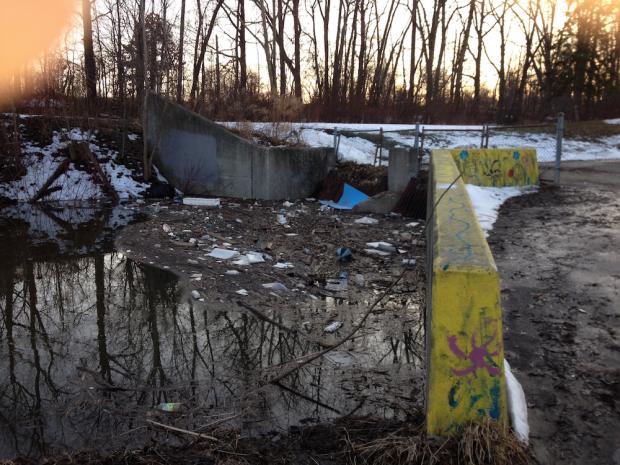 Many local governments across the state fail to report sewer overflows discharged into water bodies, an environmental group reported Thursday. In addition, about one-third of the reported sewer overflows since 2013 did not include the volume, which the group said could be in violation of state law.

An Investigative Post analysis shows the Village of Kenmore is this year’s worst offender in Western New York for failing to report the volume of sewage and stormwater overflows.

The state passed the Sewage Pollution Right to Know law in 2013. It requires cities, towns and villages to publicly report information about all sewer overflows into water bodies. The alerts are used to warn boaters, fishermen, and swimmers to avoid the affected waterways or risk getting sick.

But representatives of Environmental Advocates of New York, the environmental watchdog group, said that while the reporting by municipalities over the past year has been more robust, the intent of the law is still not being met.

The group’s report says from May 2013 to July 2017, a total of 10,687 overflows were reported statewide. The total volume of sewage discharged into waterways during that period came to 3.8 billion gallons—an amount the group says falls woefully short of what is actually spewed into water bodies.

“The total volume, in combination with the fact that one-third of reports have no reported volume, reveals that only a fraction of true discharges and corresponding volumes statewide have been reported,” the report states.

Sewer overflows are a major source of pollution in Western New York’s lakes, rivers and creeks. Investigative Post reported last month that the Buffalo Sewer Authority discharges at least 1.8 billion gallons of sewage and stormwater into rivers and creeks each year. The city is spending $380 million dollars to upgrade its sewer system through 2034.

An Investigative Post analysis of state data for this year shows that the Village of Kenmore is this region’s biggest offender on the volume reporting requirement. About half of the 157 sewer overflows the village reported this year did not include the volume discharged into Two Mile Creek.

“The intent of the law was to ensure the public knows what is going into their water,” said Elizabeth Moran, Environmental Advocate’s director of water and natural resources.

“If they have an idea of the extent of the pollution going into the water then they can better advocate for fixing the problem, which is old infrastructure.”

Dave Root, the village’s superintendent of public works, said the village doesn’t have the ability to accurately measure the volume of sewer discharges within the two-hour window they have to report overflows.

“We just didn’t know or have the time to figure it out,” Root said.

“We don’t have the equipment that will automatically give us that information.”

That equipment, called flow meters, costs at least $40,000. Root said the village has been negotiating with the state Department of Environmental Conservation for over a year on an agreement to fix the sewer system. He said the village is also trying to secure state grants, but isn’t sure how much it will need to reduce sewer overflows.

DEC officials said in September that the agency will “continue to work with all wastewater treatment plant operators…to review their reporting to identify opportunities to improve the way in which they are filing” reports to the state.

Financing sewer upgrades is a probem, too.

Environmental Advocates of New York said the $200 million in state money available to municipalities for wastewater and drinking water infrastructure improvements is insufficient. The group wants the state to boost funding to $800 million annually.

“When you add in drinking water and other wastewater infrastructure needs, we should be investing much more.”

Dan Telvock is a reporter for Investigative post, a nonmprofit investigative journalism center focused on issues of importance to Buffalo and Western New York.