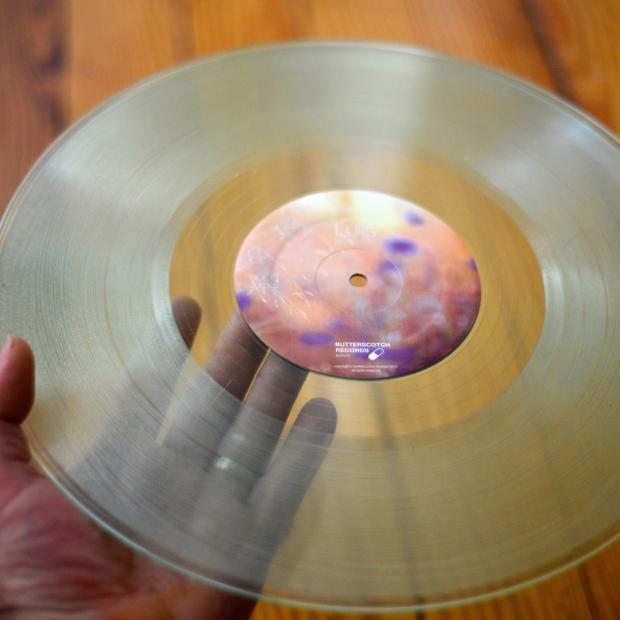 Cumbersome, fragile, and increasingly rare, by the late 1990s vinyl LPs had become the playthings of audiophiles and obsessive record collectors. The rest of us stacked up CDs at $15/each, then bought it all over again to fill up our iPods with MP3s. Before long we got the smartphone, that society-altering bastion of the Digital Age. Sucked into the black hole of these devices, some of us now seek escape by using mechanical and analog things, like vinyl LPs, to sooth our increasingly pixilated minds. With sales growing at astonishing rates, the recent “vinyl craze” shows little sign of slowing down. Need proof? You can now buy vinyl records at Walmart.

As a music industry veteran, I wouldn’t have believed a vinyl comeback was possible, but as someone who looks more broadly at how we are embracing old-tech as a way to counterbalance digitization, I get it. Though mass-produced from plastic, vinyl LPs have nonetheless entered the fray of “made goods” and “crafting.” Offered in hand-numbered limited editions like small-batch booze, LPs have gone mainstream, not unlike Jack Daniels’ Single Barrel Collection (must be a mighty large barrel). In the end, it matters not whether your booze, records, or shoes have a hand-penciled serial number on them; what the marketeers have sorted out is that a growing number of us will pay for products that appear Authentic, Analog, and Anachronistic. In a world where our music collections no longer inhabit the physical plane, tangible, heavy, large, and highly visual LPs are a bonafide AAA product.

But are LPs more truly more authentic than other formats? Yes and no. On the one hand, they’re just another delivery method for the same recordings you’d get over a streaming service or via iTunes. The Rolling Stones, for example, aren’t a better band on vinyl. On the other hand, some vinyl LPs actually offer us the opportunity to avoid digitization entirely, providing an all-analog path from the studio to your ears. Such a listening experience is, I submit, worth the hassle and expense of getting into vinyl.

I won’t bore you with the psychoacoustics and snoozy math that underly my belief that pure analog listening is worthwhile, but I do want you to know about jitter. Effectively, digital audio is a game of connect the dots, and presuming the dots stay where they’re meant to be, you get a pretty darn accurate replica. However, imagine the dots get moved around a little bit, and then you draw the line; it comes out not quite like the original. That shifting of the dots is called jitter. It’s exactly the right name.

What does jitter sound like? Well, it’s not something your average listener is going to discern consciously, but there is growing evidence that jitter can irritate and fatigue listeners. When intentionally pushed to extremes, jitter makes a recording sound overtly shitty. In smaller doses it goes unnoticed, but annoys and stresses us—not unlike that lawnmower two blocks away, for example. In audio terms, jitter makes treble crunchy, bass wimpy, and everything between harsh.

Unless you own exceptional high-end gear, your phone, your car stereo, your bluetooth speaker, your laptop, your CD player, and your TV are all jitter-laden. In fact, all digital audio systems produce jitter, so it’s a matter of degree. I own a system that minimizes jitter to near zilch—and the sound is jaw-droppingly open and natural—but, unless you’re a professional or an audiophile, you probably don’t want to spend that kind of money. I’m sad to report that jitter is rife in most listening scenarios today, especially that smartphone in your pocket.

Interestingly, the only way to completely remove jitter from your listening experience is to play an all-analog source on an all-analog system, thus removing any digital link in the chain. But before we dig into that, we need to get just a little more technical.

For about two decades, digital recording studio technology was dominated by an evil empire called Digidesign (now Avid), and they force-fed recording studios a diet rich in jitter. (I helped document this in a technical paper last year.) I’d estimate that from around 1997-ish up until quite recently, a majority of recordings have lots of jitter backed into them, and there’s no way to get rid of it. Therefore, in order to have an all-analog listening experience, you have to know whether a recording was recorded with analog tape or a digital system. If that sounds like a pain in the ass, you’re right, but it’s also part of the fun of building an analog LP collection.

Analog has many shortcomings: Tape generates hiss, wow, and flutter (again, great names), which could be bad enough to pull a track out of tune and mar quiet passages. Vinyl LPs are loaded with microscopic imperfections that generate surface noise. Turntables, in turn, generate rumble and, if not properly set up, can wreak all kinds of sonic havoc. Digital audio promised to cure these analog problems, and, largely, it did.

However, using digital audio to cure analog’s ills is akin to taking an allergy pill only to find that the side effect is a migraine. Sure, analog is imperfect, but it’s seldom as shitty as a jitter-induced headache.

Unsurprisingly, many people prefer listening to LPs because it relaxes them. Yes, the ritual of putting on an LP sets up a relaxing state—listening becomes a singular activity, not a passive backdrop to whatever else is going on; there’s tangible artwork and liner notes; and LPs don’t shuffle song order—but on a subtler level I think the lack of jitter contributes to the relaxing buzz. The sound quality itself coaxes you to unbutton and put your feet up, and when we’re relaxed and open, music can pull us into another world, far far away from the black holes of digital devices.

So what does it take to get an all-analog listening experience from an LP?

1) You need an all-analog record. With some exceptions, records before 1985-ish are typically all analog, and records pressed before 1970 (if in good shape) tend to be of excellent quality. Today, many titles are released on vinyl with stickers indicating “Cut from the Analog Master.” These releases are guaranteed all-analog, provided the original recording was made using analog tape. This research can be a bit tricky, and you’ll get duped at some point, but generally speaking an all-analog LP isn’t hard to come by. Mail order spots like Music Direct can be very helpful, as can your local record shop.

2) You’ll need a non-USB turntable, meaning you plug two cables and a ground wire from the turntable into an amplifier. If you’re using a USB turntable, you’ve gone digital and will suffer the jitters. We’ll look at various turntables soon here at Body Buzz.

3) You’ll need a phono preamp. These are often built into integrated stereo amplifiers (you might think of them as receivers), but for systems lacking this you’ll need a separate phono preamp. The preamp takes the weak signal from the needle’s vibrations and brings it up to an operable level before being amplified to the speakers—thus the name preamp.

4) You’ll need an analog stereo system. Again, if you’re using a digital stage at any point in your path from needle to speaker, you’ve severed the analog connection. Vintage stereos can be great fun, as well as a great hassle, but there are many excellent modern stereo systems available, often with excellent phono pre-amps built in. We’ll look at some of those very soon, too.

These four items might seem like a lot, but once they’re all hooked up, they’re simple to use. If it seems overwhelming, get in touch with an audio specialist in your area, or on line, and they’ll talk you through it.

I can’t say enough about how joyous it is to listen to Vince Guaraldi’s Charlie Brown Christmas straight from the analog-derived disc. Damn, that recording sounds so good, from the weirdly muted children’s choir to the sizzling ride cymbal to Guaraldi’s wistful scenes of winter. Bartok’s Concerto for Orchestra, also released in an all-analog edition, is a total mind-melter with a brass passage that sounds like intergalactic travel. Or Hüsker Dü’s rage-filled double-album Zen Arcade, which I bought on vinyl in 1984 and am rocking the same copy to this day. Or Neil Young’s reissued all-analog Harvest LP, newly cut from the original tapes, so precise but so warm. And don’t even get me started on Fleetwood Mac’s Rumors, or the new-to-us Ella Fitzgerald Sings the Rogers & Hart Songbook that my better half snagged used in minty condition for $15. What a world of sound.

Stay tuned to Body Buzz to learn more about getting into analog listening.