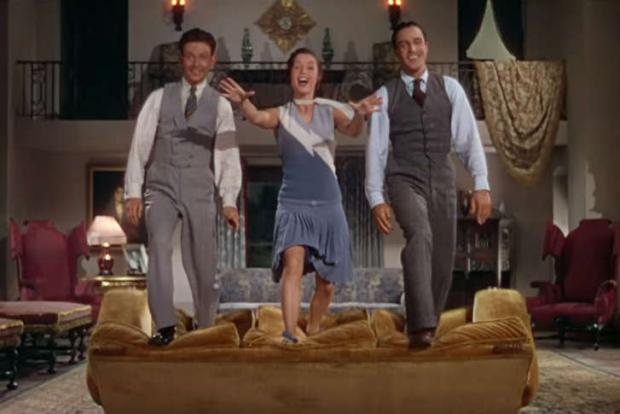 LOVING VINCENT—Return engagement for the popular film in which 100 artists hand painted the backgrounds, settings, and the costume details and hairdos of the characters in the Expressionist style of Vincent van Gogh, whose story the film recounts. Paired with The Impossible Dream, a one-hour documentary about the making of the film. North Park

BURIAL GROUND (Italy, 1981)—From the glory days of Dawn of the Dead-inspired Italian horror. Hopefully this print retains the atrocious dubbing that was always one of the best parts of these things. Starring Karin Well, Gianluigi Chirizzi, and Simone Mattioli. Directed by Andrea Bianchi (Strip Nude for Your Killer). Part of the Thursday Night Terrors series. 7:30 pm. Dipson Amherst

SINGIN’ IN THE RAIN (1952)—The one Hollywood musical that everyone likes, even people who hate musicals. A story parodying the movies’ transition from silents to sound is the backdrop for some still astonishing dance numbers featuring Gene Kelly and Donald O’Connor (whose “Make ‘Em Laugh” sequence remains one of the most amazing things you’ll ever see.) With Debbie Reynolds, Jean Hagen, Rita Moreno and Cyd Charisse. 7pm. Screening Room

SINGIN’ IN THE RAIN—See above. 1 pm. Screening Room

EYES WIDE SHUT (1999)—Stanley Kubrick’s final film, starring Tom Cruise and Nicole Kidman as a well-to-do couple who experiment with sexual infidelity. It was not well received on its release: Will the post-screening discussion at this Buffalo Film Seminars presentation conclude that it is an overlooked masterpiece? 7pm. Dipson Amherst