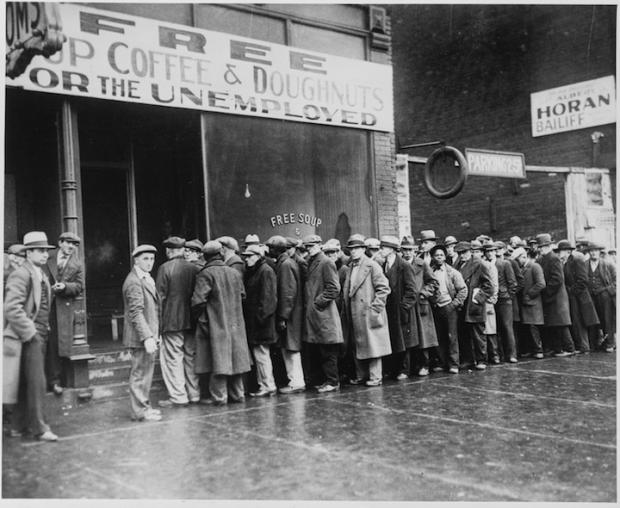 We’re almost back to 2008 employment levels in Western New York. But what sort of jobs?

Economic recovery is underway in Western New York, with uninterrupted expansion in our regional gross domestic product, plus a small but strong increment of growth in the number of employed people compared to the depths of the Great Recession. The June 2014 data from the Bureau of Labor Statistics are as follows: There were 535,364 people working in Erie and Niagara Counties, up from 531,289 in June 2011.

But the message of both the new report from the Fiscal Policy Institute and the newest numbers from the Bureau of Labor Statistics is this: Pay close attention to the details, especially the pay-scale of the new jobs.

Back in 2008, there were 558,889 people working in Erie and Niagara Counties out of a workforce of just over 591,000 people. The workforce since then has shrunk to just under 570,000 people. But of that number, more are working than were employed after the crash of Wall Street in 2009, which is why the statisticians say that our unemployment rate is lower.

That’s the trend everywhere in New York State. A general economic recovery is a reality in booming New York City, where the Fiscal Policy Institute’s new report shows a robust increase of more than 529,000 jobs since June 2008. But the report points out a few tough realities:

The new Fiscal Policy Institute report goes into geographic detail, too. To his credit, Governor Andrew Cuomo has made the point repeatedly—that it’s misleading to use statewide aggregate figures, because different regions of the state face vastly different challenges. FPI finds that Buffalo, Rochester, Albany, and Cornell University’s hometown Ithaca are the Upstate New York ares that have seen employment rebound after the Great Recession. The rest of Upstate, however, is lagging, or worse, declining: Syracuse, Utica, Glens Falls, and the Binghamton and Elmira areas of the southern tier are all struggling, with both employment numbers down and household income numbers down.

It’s harder work to pick apart the numbers than it is to fling them around the way pundits across the spectrum are doing these days. With more bitterness than comity, from Richard “Creative Class” Florida to Joel “Sprawl is Good” Kotkin to the prolific Rhodes Scholars at Brookings, the ideologues and consultants busily jab these new numbers at each other as proof of their competing visions—dreamed up in faraway cubicles—of what Rust Belt towns should do to regain economic vigor.

FPI’s report does none of that. There’s nothing here for the Florida-style advocates of microbreweries and design studios, nor much comfort for Kotkin’s rosy, imprecise impressionism about how manufacturing will come roaring back in the Rust Belt, and FPI isn’t setting up any new model to compete with the latest Brookings index.

This is a just-the-facts sort of report. That’s why we should sit tall and heed its central warning about what’s happening in jobs in the Upstate metro areas:

“Most of the positions lost came from the government, construction, information, manufacturing and finance sectors, while their replacements came from the leisure and hospitality, and health care and education sectors. This switch in employment is from high-paying sectors with benefits to lower-paying, no benefits sectors. Over time if this trend continues the standard of living of New Yorkers will start to stagnate and then decline.”

FPI reports that there are 7,600 fewer manufacturing jobs in Buffalo-Niagara today than in 2008, and 5,600 fewer government jobs. Hospitality and leisure is up 8,000 jobs, and education and healthcare is up 7,700 jobs. Parsing the numbers, relating them to other trends, we see this:

To paraphrase Chinua Achebe, it’s morning yet on the Buffalo Billion’s creation day. The 43 North business-plan prize winners just won their prizes last month. The uptick in Albany-area manufacturing employment, and the private-sector matching of all the government money that went into high-tech apparatus for the Nanotechnology Center there, was more than a decade in the making.

And Buffalo is still reeling from, and in curious ways also benefiting from, the megatrends of the past 40 years. Globalization of capital in the 1970s, plus the individual preferences of out-of-town corporate decision-makers, left tens of thousands of low-skill, high-wage, unionized metal-workers with nothing much to do here. Changes in 1980s regulation of the savings-and-loan industry, plus individual decisions, wrecked Buffalo’s upward trajectory as a financial-services sector 30 years ago, just as London-based decision-making wrecked HSBC’s presence here in the past three years. Changes in plans by General Motors sent Delphi, Powertrain, Chevy, and supplier jobs from Lockport, River Road, Delavan Avenue and Niagara Street all over the planet in the 1990s and beyond. Low natural-gas prices notwithstanding, the potential uptick for auto-related manufacturing jobs here is in the dozens to hundreds range, not in the thousands to tens of thousands.

One local leader in the financial services sector complains about the cost that Washington’s post-Great Recession banking regulations have placed on the middle-sized banks; the Buffalo-area investigator notes, however, that several hundred new $60,000 to $150,000 jobs were created here as a result of Dodd-Frank. If only HSBC hadn’t bought the money-hemorhagging Household Finance Corporation, and if only HSBC hadn’t been fined billions for having engaged in laundering Mexican drug cartel money, and if only HSBC hadn’t decided to move its IT to Chicago and its business future from North America to Shanghai: Had there been a different trajectory, then the growth in employment at M & T and at First Niagara might have joined with the thousands of HSBC bankers to bolster local real-estate, and thus the local property-tax base, along with all the consumer spending that a net gain of a several hundred financial-services people bring to a region.  Alas, FPI’s report says, there has not been a net gain in financial-services employment here, but a net loss.

But is this not a good time for Buffalo? The answer, of course, is that it is a good time here—that is, if our policy-makers understand that the region will remain in the process of shedding low-skill employment opportunities at a fast pace even as it gains high-skill employment opportunities. Luckily, the economic recovery in New York City is so robust that the tax dollars Gotham sends to Albany will continue to flow westward, and thus foot the bills for the next new things here. The 500,000 net new workers in New York City are going to help Buffalo to the extent that we here ask for Albany to buy us the right stuff. At the moment, FPI suggests, what we really need is New York State’s investment in jobs that pay more than waiters, car-parkers, desk-clerks, and cashiers make.

Economic Recovery 2014 in New York State: Where the Jobs Are and Aren’t
A presentation and discussion of new research, Thursday, December 11 at the Burchfield-Penney at 7pm.
View the event here.