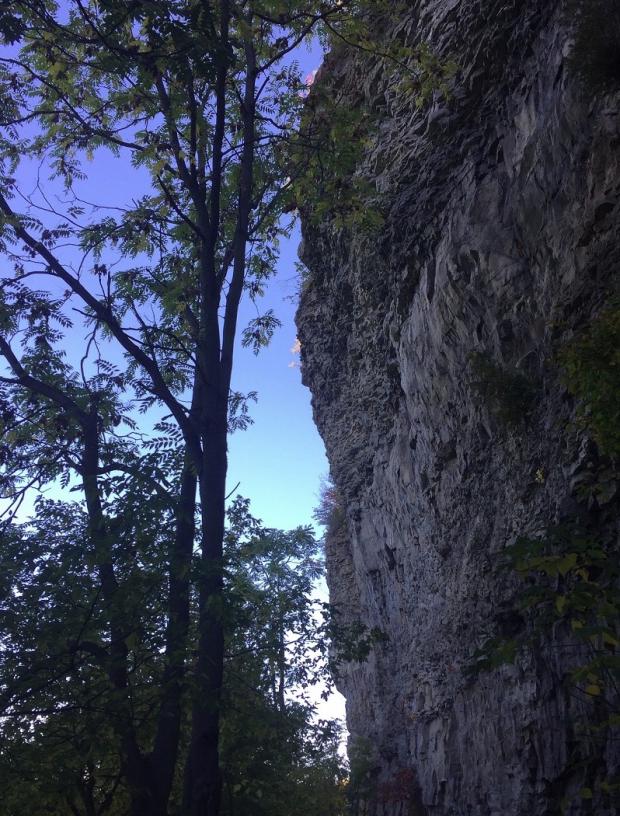 Indeed the title, Good News Thursday may prove short-lived.  It would seem that those of us that enjoy social justice and environmental sanity are on the short end of the stick when it comes to trying to find good things to report.

But, this said, there are two very good bits of news that we can report. First The Niagara River Greenway Commission  (NRGC) which recently hired new Executive Director Jeanne Leccese and it’s Ecological Standing Committee, has allowed The Western New York Land Conservancy  to undertake a major restoration project in the Niagara Gorge.

Funding was authorized by through its Ecological Standing Committee which has a laser focus on ecological integrity of the area serviced by the NRGC.

Under the admirable board leadership of Greg Stevens, the Greenway Commission is stable and firm in its mission to find ways to help benefit the environment and the citizens of the region that depend on the river as a valuable resource.  In recent years the Western New York Land Conservancy has been a champion for the environment and  has undertaken projects associated with the Niagara Gorge including last years purchase and the ongoing restoration of the Stella Niagara Preserve located in Lewiston.

This is the full text of the press release issued by WNYLC this week:

The Western New York Land Conservancy has just secured almost $1 Million for the new “Restore the Gorge” project from the Niagara River Greenway Ecological Standing Committee to begin ecological restoration work in one of the most important natural places in the world – the Niagara Gorge.

The Niagara Gorge is comprised of unique ecological communities and is one of the most biologically diverse places in the Great Lakes. According to Nancy Smith, Executive Director of the Western New York Land Conservancy, “the Niagara Gorge is home to the majority of the plant species found in the Niagara Frontier, many of them very rare. It is also part of a globally significant Important Bird Area and the lower Niagara River rapids are important spawning ground for freshwater fish, including the threatened Lake Sturgeon.”

Unfortunately, the health of this sensitive environment can easily be harmed by many factors, especially the threat of exotic invasive plant species. To fortify the gorge and restore its health, over the next three years the Land Conservancy plans to remove invasive plant species and improve wildlife habitat on 43 acres of land in the gorge and rim between the Railroad Bridge and the Discovery Center.

In partnership with Applied Ecological Services, the Land Conservancy will begin by removing harmful invasive plants like Ailanthus and oriental bittersweet and replacing them with beneficial natives like oaks and ninebark shrubs. The Land Conservancy will also bring in botanical experts and famed landscape designers Darrel Morrison and Nancy Aten to create a small native grassland along the rim of the gorge. Seeds of local grasses and wildflowers will be collected for planting at the grassland site. “The native grassland will showcase for visitors ways that they can improve the health of our region right in their own yards and communities,” said Nancy Smith.

This project takes place on land owned by the New York Power Authority (NYPA). “The Power Authority is looking forward to working with the Land Conservancy to enhance this incredible natural place for our residents and visitors,” said Steven Gossett, Media Relations Manager from NYPA.

New York States Parks manages this land and is also supportive of the planned improvements. “This project will take place between Niagara Falls and Whirlpool State Park. This portion of the gorge is incredibly scenic. The project complements nearby state parks and New York State’s investments to improve them,” said Mark Thomas, State Parks Western District Director. “We are excited that this project will restore the ecology of the site and enhance the visitor experience.”

The Niagara Gorge is an international tourist destination, so the Land Conservancy is also planning to add interpretive signage and provide educational programming at the site to enhance visitors’ understanding of and appreciation for this unique place and the plants and animals that call it home. The project will not be affected by planned changes to the Robert Moses Parkway.

“Niagara Falls and the Great Lakes are some of Western New York’s greatest assets. Clean fresh water, outdoor recreation, and tourism will help drive our economy for decades to come. This project will be beneficial for the environment and enhance our visitors’ enjoyment of the Niagara Gorge,” said Congressman Brian Higgins.

Paul Dyster, Mayor of the City of Niagara Falls, is also excited to hear about this project. “The Niagara Gorge is a cherished local treasure, and a unique natural wonder in the backyard of our city. The Land Conservancy’s project in the gorge will help revitalize this area, and is even more important with the opening of the new Niagara Falls train station.”

The Land Conservancy is also looking forward to working with the community to help guide the restoration and enhancement work. The public will have numerous opportunities to provide input on the project in the year ahead.

The second bit of good news is that friend, colleague, and local activist and environmental strategist Joe Gardella has just been appointed to the EPA Science Advisory Board. Joe is a SUNY Distinguished Professor and the John and Frances Larkin Professor of Chemestry at UB. He has long-chaired the City of Buffalo Environmental Managment Commission and has been active around local issues ranging from Love Canal, Tonawanda Coke, and Buffalo east side contamination issues.  He will serve a three-year term.  See the UB Press Release here.

A significant problem is that the EPA may or may not exist for three years.  The incoming President has nominated EPA enemy Scott Pruit as the new head of the EPA.  Well, there goes the good news Thursday concept right out the window. I knew it wouldn’t last long.