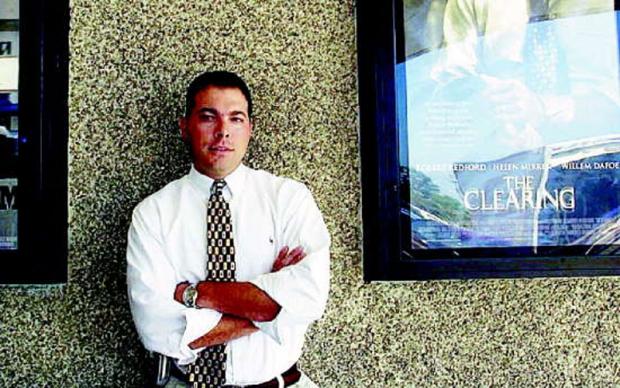 You hear a lot of talk about the death of movie theaters, or at least of independent theaters. That’s news to Michael Clement, president of Dipson Theatres, the locally owned independent chain that has operated theaters in Western New York for more than 75 years. Currently Dipson runs the Eastern Hills Mall Cinema, Flix in Lancaster, the second-run McKinley in Hamburg, and the Amherst on Main Street.

For the past three decades, Dipson-run theaters have been the primary destinations for fans of independent films. They may be considered niche programming, but it’s a niche that has only grown larger as Hollywood devotes more of its production budget to comic book and fantasy films. If you want to see the movies that will be competing in the Academy Awards in a few months, you will more than likely see them on a Dipson screen.

And while the movie business has its ups and downs, Clement says that for Dipson, “Business hasn’t been bad for many years.” He has just finished a major renovation at the Amherst, the most visible aspect of which is motorized reclining seats in all three auditoriums. (The McKinley received the same seating last month.)

More importantly, viewing quality is being improved along with comfort. Says Clement, “In the [largest] middle theater, we just installed a new screen. It’s wider and we raised it up higher for a better viewing experience. In January we plan to install bigger screens in the two smaller rooms as well. They’ll be both wider and taller, going wall to wall and up to the ceiling. And we’ll be enlarging the screens at the Eastern Hills at well.

“We’ve added other amenities at the Amherst, too: new captioning devices for the deaf, and descriptive devices for the blind, so that someone who can’t see the film can wear a headset and hear a description of the movie along the dialogue.

“We keep up with market trends, and bigger screens and luxury seating are things that our customers enjoy. Some people assume that business is going down because we’ve taken seats out [the recliners are substantially larger than traditional seats], but that’s incorrect. Business goes up because the percentage of occupancy goes up. Our customers are happier coming to the movies when they can sit in these seats, so they will come to the movies more often. And we’ll attract new customers as well.”

What can audiences expect to pay for these increased luxuries? Nothing—ticket prices were not raised. It’s a point of pride for Clement: “We only raise prices when we have to because of increased business costs. We’ve always maintained the lowest first-run ticket prices and concession prices in the area.”

Founded by Nikitas Dipson in 1939 and run for many years by his son, the chain was acquired by Bernard Clement in the 1980s after the death of the younger Dipson. Bernard also had theaters in Pittsburgh, where Michael was raised and started working in the family business. “At age six I remember working in my first movie theater cleaning popcorn machines. When my dad moved back to Buffalo, I stayed in Pittsburgh, but I would come visit him on holidays, go to the office, and go for lunch with him and Mr. Dipson. When I graduated college, I went to work for him. He gave me two weeks off first.”

Though Dipson has six screens at the Amherst and Eastern Hills for independent films, that’s not always enough to be able to bring everything that’s available to town. But while readers of the New York Times may wonder why all the films opening in Manhattan don’t play here, Clements points out that it’s often not his choice.

“If independent films do well in New York and LA, the distributors will take them to the next tier of cities—Detroit, Chicago, Pittsburgh. If they’re successful there, they’ll continue to roll them out to other cities. But with most of these movies that doesn’t happen. It’s up to distribution—they own the rights and if they don’t make them available in your market, it’s impossible for the theater owner to show them. It all comes down to marketing and advertising dollars.”

While it may seem that younger audiences are only interested in comic book movies, Clement thinks there’s still a strong enough mix to attract viewers of all ages. Looking at the movies he expects to play during the upcoming holidays, he guesses that “Youth, with Michael Caine and Harvey Keitel, that’s definitely going to skew toward an older audience. But then there’s [David O. Russell’s] Joy, with Jennifer Lawrence and Bradley Cooper, which targeted at all the art and independent theaters, and that will be a younger audience. And The Danish Girl will be a healthy mix.”

The bottom line for Clement is that, despite competition from video on demand and streaming and an endless variety of entertainment options, he is in a business that people want. “Going to a movie is still a very social part of our society. It’s the most affordable form of entertainment, hands down.”