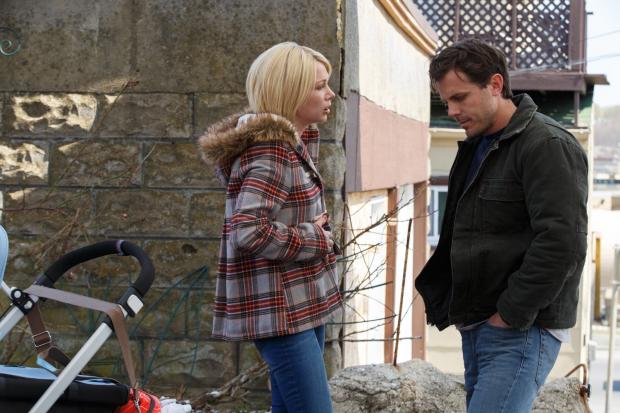 We’re almost done with 2016, a year that just about no one is likely to look back on with a warm, nostalgic glow. Still, as the year staggers to an end, there is solace to be found at the movies, for those few of us who still enjoy filmgoing as a communal experience. The last month has brought to local screens three emotionally transcendent films of the kind you seldom see, reminders of what the limited canvas of a movie can do better than an open-ended television series: Moonlight, Loving, and, opening this Friday, Manchester by the Sea.

(One local theater is showing all three next week. If you haven’t seen any of them yet, what a wonderful day you might have.)

Manchester by the Sea is the third film by writer-director Kenneth Lonergan. The first, You Can Count on Me, starring Laura Linney and Mark Ruffalo as estranged siblings trying to re-establish some kind of a relationship, was universally hailed as one of the best films of 2001. Don’t feel bad if you never heard of the second one. Filmed in 2005, Margaret was the subject of lawsuits that kept it on the shelf until a minimal release in 2011. We don’t have the space to discuss those here, but many consider it a masterpiece, even if Lonergan himself can’t decide which of the four versions is the best.

The trouble with discussing Manchester by the Sea is that there’s no way to describe the story without making it sound awfully mawkish: An emotionally scarred man is jolted out of his rut when he becomes the guardian of his nephew after the death of his brother. Cue Wallace Beery and Mickey Rooney.

Try to ignore all the movies you’ve seen with some variation of that plot, as well as all the ones you avoided because of that plot. Lee (Casey Affleck) is not a grizzled old curmudgeon but rather a guy in his 30s working as a handyman at a suburban Boston apartment complex. His days are spent like this: work, drink, pass out, repeat. He ignores the women who occasionally hit on him. But he’s eager for any excuse to get into a fist fight.

The nephew is Patrick (Lucas Hedges). He’s a high school junior, big for his age, a rough neck on the school’s hockey team. He has two girlfriends and a band. When his father dies of congestive heart disease—not unexpectedly—everyone assumes that Lee will do as provided in his brother’s will: move up to Maine, take over the fishing charter business and act as Patrick’s guardian until he goes off to college. Why wouldn’t he? As Patrick points out, “You’re just a janitor.”

That Lee has a dark secret in his past is no surprise. Lonergan’s carefully structured screenplay unfolds in flashbacks to different parts of the story, which often go counter to the tone you’re expecting. As Lee drives to see his dying brother, we see the day when the family learns about his illness. Dying and death, we learn, have this in common: there are a lot of details to tend to.

What is a surprise about Manchester by the Sea is its unexpected sense of humor. It’s certainly not a comedy, but it is often drily funny. (It runs two hours and 17 minutes, from which you will correctly infer that Lonergan takes his time getting to where he is going.) Nothing gets down without a maddening variety of details, from arranging a burial in New England in the winter (when you can’t dig a grave in the frozen ground) to trying to lose your virginity when your mom thinks that you’re having a study date. Or when you think your mom believes your story about having a study date. Or when your mom thinks you don’t know that she doesn’t believe your story about having a study date.

(Some of the jokes are even drier than that. What teenager in 2016 makes out to Bob Dylan’s Blood on the Tracks?)

These characters are sympathetic without being particularly likeable. These are not people who talk nicely to each other. The default mode is snippy, self-defensive: You might think of it as a cliché about New Englanders. Their hearts aren’t actually as cold as the weather; it just makes things easier to act that way. Trouble is that that kind of behavior can become hard to break out of.

Manchester by the Sea is perfectly observed in every detail, from its writing and performances (Affleck and Michelle Williams as his ex wife are locks for Oscar nominations) to its set decorations (someone understands the clutter of real life). Lonergan only goes wrong once: the scene showing the experience that devastated Lee’s life is scored to Albinoni’s Adagio in G Minor, a piece of music so mournful that it has become something of a cliché. Not only is it unnecessary, hammering home something that is more than adequately detailed, but it goes on at great length. It stands out as one mistake in a movie that is, in just about every conceivable way, heartbreakingly perfect.

Nocturnal Animals is the second film by fashion designer Tom Ford, who likes to dabble in making movies in his spare time. His first, A Single Man, starring Colin Firth as a gay man mourning the death of his partner, was an elegant and controlled piece of filmmaking. Unfortunately that success seems to have gone to Ford’s head. From beginning to end, Nocturnal Animals, adapted from Austin Wright’s novel Tony and Susan, is filled with scenes and images that scream, “Look at me! Pay attention to me! Interpret me!”

It’s not as if you’re not warned at the very beginning: The credits unspool over the sight of two obese women dancing naked on a platform. In slow motion. What, you think, can this possibly mean? (The only answer I can think of is that Ford has watched too many David Lynch films.)

Amy Adams stars as the rich owner of a chic LA art gallery. She lives in a world that is (cliché alert) as heartless as it is beautiful. One day she receives a package, the manuscript of a novel written by her ex-husband, whom she left when they were young and to whom she hasn’t spoken to in years.

The novel, which provides the bulk of the film’s story, concerns a man whose wife and daughter are kidnapped and murdered while they were driving through West Texas. (I give away a little bit of the plot here because this part of the film unfolds at a maddeningly slow pace and is excruciatingly painful to watch: I almost left the theater.) He works with a Texas cop (Michael Shannon) to bring the killer to justice.

As this story unfolds, we occasionally cut to Adams reading the manuscript and to flashbacks of her time with her first husband. Both he and the fictional husband in the book are played by Jake Gyllenhaal. What, she wonders, is the relevance of this lurid story to that long ago marriage? We the audience, at the same time, find ourselves wondering what was going through the writer’s mind as he contrived this story. And then we wonder if we’re supposed to be wondering that: Is he meant to be unreliable narrator? Of course, once you go spiraling down that drain there’s no coming back. In the end, it’s hard to draw any conclusions about the nature of these two stories other than ones that are unpleasant and unworthy of the effort.

I have a weakness for movies filmed in Mongolia, a part of the world that I would probably never want to visit in real life. The terrain is breathtaking as much for its inaccessibility as its beauty. Such movies, even if they tell fictional stories, tend to be at heart documentaries. The Eagle Huntress is the opposite, a documentary with a layer of near-fiction. It follows a year in the life of Aisholpan, a 13-year-old girl in a nomadic Kazakh family. Men of her tribe over the years have leaned to train eagles as hunting aides to find prey, and her father passes the skill down to her.

The movie tries to make Aisholpan into a feminist heroine by emphasizing that no girl has done this before, though its attempts to drum up some outrage  from the tribe’s elders are clearly staged. It’s unnecessary because it adds nothing to the film’s inherent power, both in depicting a vanishing way of life in a distant part of the world and in showcasing some glorious cinematography of that region. Like Seasons, which will be gone by the time this opens, Eagle Huntress is the kind of nature documentary you’ll be glad you saw on a big screen.