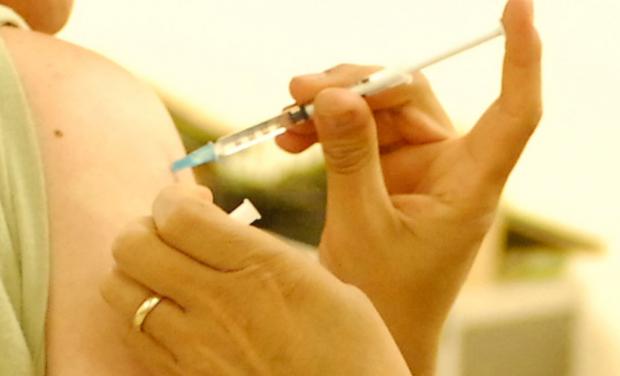 Although I do not have children in the district anymore, I need to react to your letters to Assemblyman Norris and Senator Ranzenhofer I saw under the “legislative advocacy” section of the district website. I have a daughter who would fall under the mandate at another school, and this proposed legislation affects her.

I have seen some of what has been floating around on Facebook regarding this issue, and am aware that some parents came to the Board with issues concerning mandatory immunization as to the HPV vaccine.

Obviously, I understand that elected bodies and school administrators have a duty and responsibility to listen to community concerns. But because you are a school district and educators, I think it’s important that facts be substituted for emotion on issues such as this. I think that science trumps propaganda. Medicine beats feelings. There is no responsibility to placate people parroting pseudo-scientific quackery.

The HPV vaccine is safe and effective. There are no significant side-effects beyond what one might experience from any subcutaneous shot. There are allergy concerns which physicians and the manufacturer can address as needed. Beyond that, what we have is a safe and effective vaccine that is used to prevent transmission of a viral disease which has been proven to cause various types of cancers.

It is astounding to me that this would be something the district would be opposing under any theory. I am appalled that in 2019 this is remotely controversial. But my feelings don’t matter; facts do.

If the issue is one of parental choice, query whether those parents have also opted out of MMR or other mandated vaccines. If mumps, polio, or whooping cough are worth protecting against, why not HPV and ovarian or penile cancer?

If the issue is one of religious beliefs, what religious belief? With the possible exception of the Christian Scientists and perhaps Amish, I am unaware of any scripture that precludes the administration of the HPV vaccine to protect against infection, disease, or death.

If the issue is one of medical ethics, let the medical ethicists weigh in. Your letter cites an article from 2007, but there are myriad articles more recently published in that same AMA journal that argue in favor of HPV vaccination.

The only real difference cited is that HPV is transmitted through sexual intercourse, and viruses such as measles and other maladies against which children must be immunized, are not. So what? While I understand that it may shock the conscience of many parents to consider that an 11 year-old may someday grow up to have sexual intercourse, the purpose of vaccinations is not to protect parental sensibilities, but against preventable disease and death.

I have seen some of the online postings in support of the arguments against this mandate — most come from libertarian activist groups that oppose public schools themselves, not to mention anything that they do. Some come from blatant propaganda outlets that have no medical credentials. “Learn the Risk” is anti-vax propaganda. Brandy Vaughan isn’t a physician or pharmacist, she’s a former sales rep for Merck. The same website that Clarence parents are using as an impetus to keep their kids home from school today promotes, e.g., the pseudoscience that vaccines cause autism.

The CDC recommends that pubescent boys and girls receive the HPV vaccine. Same with the American Academy of Pediatrics. Same with the American Cancer Society. The HPV vaccine is not some sort of sinister attempt at, as some are arguing, “population control” under “the mark of the beast”. (Yes, those are direct quotes I found regarding this issue in 2019, amazingly enough.) It is proven medical science that this safe vaccine is effective in preventing the spread of HPV and the cancers it causes. I can only surmise that the biggest opposition to this proposed mandate has to do with puritanical issues surrounding sexual morality.

The HPV vaccine is not sex. It is medicine. I can only hope that these kids, when they reach the age of majority, have not involuntarily forfeited their ability to be protected against these maladies through vaccination.

The duty of a school district is to educate our children. Let the doctors deal with health and let the churches deal with scripture. The duty of our elected officials and governments is to weigh various competing issues and make decisions in the best interests of their constituents. It would be my hope that this balance and these decisions would be made based on objective, empirical fact rather than hysteria or emotion. It is my hope that these would be addressed by crediting science and medicine and discrediting propaganda, quackery, and charlatans.

I strongly support not only the inclusion of HPV in every child’s vaccine regimen, but that this vaccine be mandated by the state for all students.

A common thread I see regarding this is one of liberty and freedom. Being free from a preventable virus or cancer is more important in every way than having the freedom to assuage irrational, scientifically unsupported rumors or emotions.