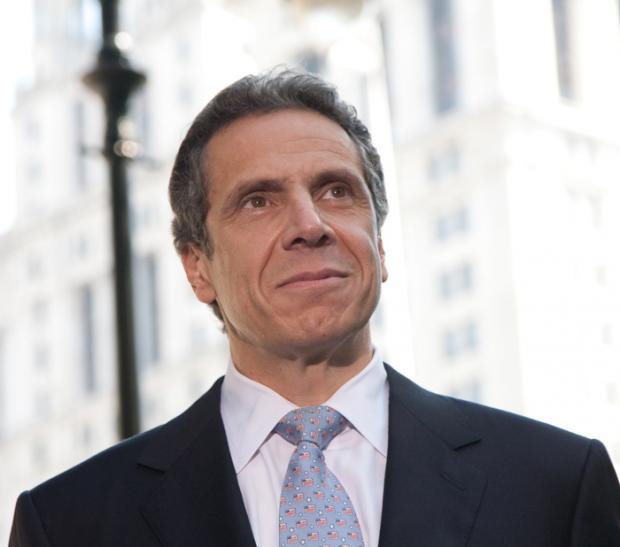 Andrew Cuomo is likely to face a Democratic primary in 2018. But from whom? And will he face GOP businessman Harry Wilson in the general election?
by
Ken Kruly
/ Dec. 6, 2017 7pm EST

Campaign 2018 is right around the corner

Over the next few days we will see the final documents of Election 2017, as the post-election financial reports, due December 4, are filed. (Check dailypublic.com for a digest of those numbers.) Next up in 2018—federal and state elections, with a couple Erie County campaigns thrown in too.

The statewide campaigns will be the main focus, with the race for governor featured—or maybe not. Heading into his third gubernatorial campaign, Andrew Cuomo has lost the luster of a newcomer and has morphed into the role of defender of the administration record. Reports are that the 2019 state budget that Cuomo will file in January has billions of dollars of holes to fill. There are complaints about how the state manages the subway system in New York City.

Upstate’s economy is still anemic despite all the money that has been handed out. The $750 million Riverbend/Solar City project in Buffalo is, at the moment, a major sore thumb. That and other Cuomo economic development initiatives, such as the college-related START-UP NY program, have been and will continue to be criticized in a bi-partisan manner by Assemblymen Robin Schimminger and Ray Walter, among others.

And then there will be the corruption trials in 2018 related to Solar City and other economic development projects. Particular focus will be directed to the trial of close Cuomo associate Joe Percoco.

It seems likely that outgoing Syracuse mayor Stephanie Miner or some other Democrat will challenge Cuomo in a primary. Cuomo has been very successful in stockpiling a gazillion campaign dollars, or actually $25.7 million in his most recent financial report last July. The odds will be stacked in Cuomo’s favor, but it should be remembered that Zephyr Teachout, a totally unknown law professor, received 33 percent of the vote in her 2014 challenge of the incumbent. There will be more issues to explore in 2018 than there were four years ago.

The real question here, however, is whether the Republicans will offer a credible opponent. The heavy emphasis will be on businessman Harry Wilson, who narrowly lost the race for state comptroller in 2010 against Tom DiNapoli. The year 2018 looks to be a good year for Democrats and New York is one of the bluest states in the nation. If Wilson passes on the race, the others contenders—state Senator John DeFrancisco, Assembly Minority Leader Brian Kolb, and Dutchess County Executive Marcus Molinaro—are all “B” level candidates at best, and a Cuomo primary win would probably unofficially wrap up the election.

As for the other statewide officials on the ballot next year, it would not be surprising to see a primary challenger for current Lieutenant Governor Kathy Hochul, who also had a primary opponent in 2014. The incumbent state Attorney General Eric Schniederman and incumbent state Comptroller Tom DiNapoli should cruise to victory. It will not be surprising to see one or more of the “B” list Republican gubernatorial candidates running for Attorney General or Comptroller.

The local congressional districts are pretty stacked to favor the incumbents. Brian Higgins represents one of the most heavily Democratic districts in the state and Chris Collins holds the most Republican-affiliated district. Higgins has a Republican challenger or two checking things out but he is in no danger of losing. Neither is Collins at the moment, unless his stock-brokering-related ethics investigation turns into something serious in the next several months.

Members of the Legislature are generally as secure as an elected official can be. Twelve months before the next election, the only local legislative seat in question is the one held by Mickey Kearns. Kearns will resign on December 31 to become Erie County Clerk.

The names most prominently mentioned for the Kearns seat are Buffalo Councilman Chris Scanlon, Erie County Legislator Pat Burke, and Lackawanna Mayor Geoffrey Szymanaki. Scanlon was the early favorite, but don’t be surprised if Burke emerges as the Democratic candidate. The Republicans went with Kearns for that seat, so maybe they would try the same thing with another registered Democrat in 2018. We will have to wait to see if and when Cuomo calls a special election for the seat. There are several vacant state legislative seats at the moment.

Clerk-elect Mickey Kearns has to do it all over again in 2018. He will run for a full four-year term in November. Democratic turnout will be much better next year than in 2017 with the statewide and Congressional offices on the ballot. The New York State Democratic Chair, Buffalo Mayor Byron Brown, will be expected to turn out a large vote in Buffalo for the governor, and that should have spillover value for other offices.

The 2017 candidate for clerk, Steve Cichon, ran a professional and spirited race and might have a decent shot in 2018. He seemed to say on election night that he wasn’t interested, but there is time to think about that. No other names have been mentioned thus far.

There will be two State Supreme Court seats on the ballot next November, along with an Erie County Court Judge seat. The Supreme Court seats are held by incumbents Paula Feroleto and John Curran, so cross-endorsements are a possibility. There are some rumblings among party-types about both candidates, but there’s plenty of time to work that out.

The Erie County Court seat is presently held by Michael Pietruszka, who will retire. Susan Barnes is mentioned as a possible Democratic candidate. Interestingly, there have been three other Erie County Court seats on the ballot in the past two years, and there were no primary or general election challenges for any of them. It’s personally expensive to run for judge, and perhaps that is what has been keeping the interest down.

There have been some robo-calls flying around the Buffalo suburbs telling people how great the Republican tax bill is and asking folks to call Chris Collins to thank him. The calls are sponsored by something called the American Action Network, the board of which includes former Congressman Tom Reynolds.

If you are so inclined, Collins’s local district office phone number is 634-2324. He loves to speak with his constituents.

You can, if you choose, thank him for making it harder to go to graduate school or to be a teacher; or for sticking you with higher taxes by cutting back or eliminating the deduction for property and state income taxes; or for making your new tax rates temporary while corporate cuts will be permanent. Remember, be polite. And remember, he works for you.

Read more of Ken Kruly’s observations on politics and government at politicsandstuff.com. 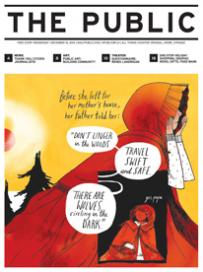