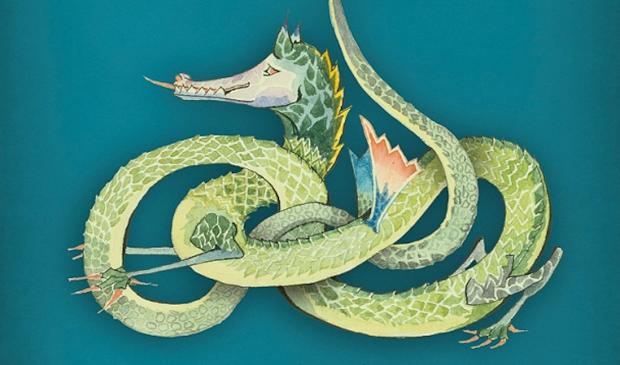 J. R. R. Tolkien, the author of, among other things, The Hobbit and The Lord of the Rings trilogy, is a writer of almost mythic stature, and rightfully so. His fiction essentially founded what is now known as high fantasy—the sort of fantasy literature that does not simply discuss Frodo’s journey to Mordor, but also the millennia that preceded his seminal quest, the legends and lays that were born in Middle-earth, the rich pantheon of gods and spells and languages that comprised life in the fictional world. He did not write stories so much as he wrote an entire universe, self-consistent and enormously complex, in which readers for the better part of the last century have happily lost themselves.

Elvish, the language of the Elves, is not something to which Tolkien simply alluded. He wrote two complete languages, Quenya and Sindarin, that his Elves speak. Think for a moment about your own experience learning a new language—the varied suffixes of Spanish, the proliferation of mysteriously silent consonants in French—and then imagine creating an entirely novel language with its own conjugations and cases and vocabulary. Tolkien, who was a philologist and professor of Anglo-Saxon and English literature, had an abiding interest in and love for not only Germanic languages but their mythologies. For Tolkien, a language was inseparable from its legends, and therein lies the justification for the unprecedentedly comprehensive agenda of his fiction.

Though he is best known now for his tales of Middle-earth, Tolkien was responsible for a revolution in the criticism of the epic Beowulf, which, at 3,182 lines, is the longest surviving Old English poem. Finally, almost 90 years after its completion, Tolkien’s translation of Beowulf has been published. Beowulf is the first major poem written in English, though Old English looks very little like Modern English. Even the Middle English of The Canterbury Tales, which is not exactly easy for a modern reader to translate, is at least recognizable. Old English, on the other hand, looks and sounds like an intricate linguistic fossil, with runic characters, Latinate syntax, and unfamiliar accents.

Old English poetry is even more interesting. Whereas modern poets tend to use metrical feet (e.g. iambs, trochees, dactyls, etc.) and rhyme as the major structural elements of their verse, Old English poetry essentially revolved around alliteration. The meter of a given line is not described by the number of syllables it contains (iambic hexameter, for instance, is a line composed of six iambs), but by the pattern of stresses made by the syllables that alliterate. This is difficult to understand without looking at an example, so consider the three selections below. The first is the original Old English text, then the translation of those lines by Howell D. Chickering, the G. Armour Craig Professor of Language and Literature at Amherst College and the man who taught me Old English and Beowulf, and finally Tolkien’s translation.

from enemy troops, from many a clan;

he terrified warriors, even though first he was found

a waif, helpless. For that came a remedy,

he grew under heaven, prospered in honors

until every last one of the bordering nations

beyond the whale-road had to heed him,

pay him tribute. He was a good king!

Oft Scyld Scefing robbed the hosts of foemen, many peoples, of the seats where they drank their mead, laid fear upon men, he who first was found forlorn; comfort for that he lived to know, mighty grew under heaven, throve in honour, until all that dwealt nigh about, over the sea where the whale rides, must hearken to him and yield him tribute — a good king was he!

In the Old English, I have shown in bold the consonants that alliterate in each line. In short, the first stressed syllable of the second half-line will alliterate with either or both of the stressed syllables in the first half-line. So sceaþena (pronounced “shay AH-thena”) alliterates with Scyld (“shuld”) and Scēfing (“shaving”). Same thing with meodo-setla, monegum, and mǣgþum (“mye-thum”). When read aloud in the Old English, the alliterative half-lines lines and the pause, or caesura, in between them have a distinctive rhythm. The poetry sounds both recognizable and foreign, somehow ancient. More recently, the poet James Merrill explored this sort of rhythm in his beautiful poem, “An Upward Look.”

Chickering occasionally preserves the alliteration in his translation, but he seems more focused on retaining the rhythm and sense of the original poetry. He translates literally the parenthetical descriptions called variation, an example of which occurs in the penultimate line: “had to heed him, / pay him tribute.” This technique of writing two or more clauses that mean basically the same thing but say it differently has been called, according to Chickering’s introduction, “the very soul of Old English poetical style,” and indeed variation abounds in Beowulf.

Chickering also maintains the peculiar naming devices called kennings that comprise so much of the unique tone of Old English poetry. From the voluminous commentary that comprises most of Tolkien’s text: “A kenning is an Icelandic word meaning (in this particular technical use) ‘description.’ From Old Icelandic criticism of Norse alliterative verse it has been borrowed and used by us as a technical term for those pictorial descriptive compounds or brief expressions which can be used in place of the normal plain word.” (Note Tolkien’s tone here. His son, Christopher Tolkien, compiled the commentary by cobbling together his father’s written lecture notes, which have thankfully retained their kind, informative quality.) The above selection contains one wonderful example of a kenning, hron-rāde, which literally means “whale-road,” i.e. the road that whales use, i.e. the ocean. This is how Chickering chooses to translate the phrase. Tolkien, on the other hand, uses “the sea where the whale rides.” In his commentary, he provides several paragraphs to justify this decision. Apart from strictly etymological concerns, Tolkien writes, “It is incorrect stylistically [to translate it as “whale-road”] since compounds of this sort sound in themselves clumsy or bizarre in modern English, even when their components are correctly selected.”

At this point, I am going to guess that a lot of this has sounded like the sort of infernal hair-splitting that is typically relegated to the more cobwebbed halls of academia. In a sense, it is, and it is possible that I only appreciate this sort of discussion because I can read Old English. And yet there is really nothing prohibitively technical about Tolkien’s commentary. Its main goal is to explain why he has translated the poem in the way that he has, a way that if I had to guess I would say will prove polarizing for critics.

The most obvious (and perhaps controversial) decision Tolkien made was to completely do away with the verse form. He has rewritten Beowulf as prose, albeit a noticeably lyrical sort of prose. This is the prose of myth and legend, and anyone who is familiar with Tolkien’s fiction will be familiar with this narrative mode. Tolkien also uses a Latinate syntax, in which the main verb is usually found at the end of the sentence, after a seemingly infinite number of clauses and dependant clauses. This syntax is similar to that used by Milton in Paradise Lost. It is, in a word, epic: Whole histories and races and nations, thousands of years, cascade across the page in a single grammatical unit. It is also appropriate for Beowulf, the original English epic.

Translation has as its goal the communication of the original “meaning” of a text into a new language. The essential question, however, is what sort of meaning we’re talking about. Do we mean “meaning” to mean “what the individual words mean”? If so, then hilde-lēoma means “battle flame.” If not, the phrase can mean “sword bathed in the flame of battle,” or any number of other renderings. Hilde-lēoma is another kenning that Tolkien either collapses or expands to suit his purposes. This decision certainly eclipses a large part of the color and character of the Old English text, but Tolkien finds in its place a mythic resonance.

There is one other characteristic of Old English poetry that we should consider. Litotes is a figure of speech that defines something with negative qualification. For instance, if someone asked me, “Are you happy?” and I wanted to respond using litotes, I might say, “Well, I’m not exactly miserable.” Is the sword sharp? Well, it’s certainly not the dullest blade. Is Beowulf a great guy? Well, take a look at line 2179b, in which we learn that he nealles druncne slōg heorð-genēatas; that is, he “by no means killed comrades in drink.” There is something inherently funny about saying that. “Yes, he was wonderful—he certainly never got hammered and murdered all of his friends.” That unique timbre, whether you call it funny or not, is one of the many terrifically strange aspects of Old English poetry that Tolkien tends to omit.

It is hard to argue with the decisions made by a writer and scholar of Tolkien’s stature, however, especially when his work has had such a massive effect on our understanding of Old English and Beowulf. Tolkien’s translation illuminates some of the questions that abound in contemporary criticism, but its aim is finally elsewhere. He has in effect taken Beowulf and made it his own, a text that would not be at all out of place in The Silmarillion. So much of Tolkien’s legendarium of Middle-earth comes from Beowulf. The name of Théoden, the King of Rohan, is related to þēoden “leader of people.” The term “middle-earth” is a literal translation of line 751b middan-geardes. The robbery of the dragon’s hoard in section XXXII of Beowulf is basically the second half of The Hobbit. Tolkien’s famous habit of describing his characters’ ancestries (“Gimli, son of Glóin, son of Gróin”) is straight out of Old English literature as well.

The jacket of Tolkien’s text features three of his drawings. The first, on the cover, is a painting of a dragon, under which he wrote the following, from Beowulf line 2561 (ðá wæs) hringbogan heorte gefýsed, “(now was) the heart of the coiling beast stirred (to come out and fight).” On the back is a drawing of Grendel’s mere, the deep lake in which Beowulf battles Grendel’s mother. Beneath, in Tolkien’s famous handwriting, which looks very similar to the Elvish script he devised, he wrote wudu wyrtum fæst, “a wood clinging by its roots.” The images are stunning. Most of all, they demonstrate how fully Tolkien occupied Middle-earth, midden-geardes, the epic space in which Beowulf exists, and how fully it occupied him. The result is a translation born of true love, the kind of love that lives longer than a lifetime.