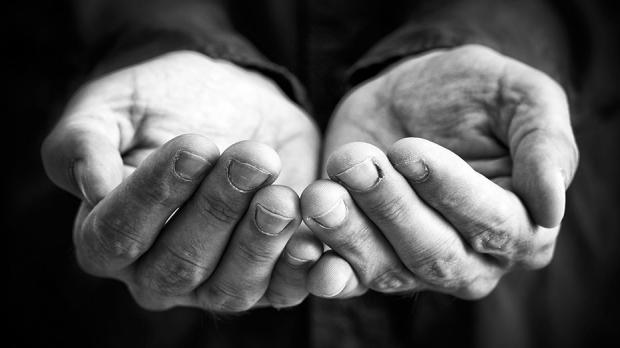 Herbert Hauptman and I were sitting on a sofa at the UB president’s house waving our hands. People came over to interrupt our conversation, the way people do at academic parties, but they didn’t get in. Most of them wanted to talk to Herbert, who was then UB’s only Nobel laureate. It was April 2008. John Simpson was then president of UB.

Herbert won a Nobel Prize in Chemistry, along with Jerome Karle, in 1985. His work in crystallography let pharmaceutical manufacturers keyhole certain drugs for specific cells, making, among other things, chemotherapy for cancer patients much more specific and therefore much less destructive to other parts of the body. If you watched the TV series Breaking Bad, the first episode held on a plaque in Walter White’s bedroom that identified him as a research assistant in Herbert’s team. That was fictional. Herbert’s work was not, and it made a real difference in the world.

Herbert was a generation older than I—he was born in 1917; I in 1936—but we had a lot of background in common. We were both Jewish kids from New York who made it through the system and found ways to do our work. We both came out of New York City schools.

That evening on the sofa when we were waving our hands: We weren’t talking about ideas. We were talking about an annoying affliction we both had, something called “essential tremor.”

It hits the hands primarily, which annoyed us both. Herbert liked to make models of crystal structures, and the tremor made it ever harder for him to do that. It made it ever harder for me to make notes or sign photographs or books. The nasty thing about essential tremor is, it doesn’t do much of anything when you’re not doing much of anything, but when you set about doing something, your hand is not your friend. Gluing this piece to that piece, having soup at a dinner, typing quickly: It gets in the way. Your brain says, “Let’s do this,” but your body says, “Wait a minute.”

For some people with this affliction, a shot of alcohol will settle the hand down. I’m like that: A glass of wine, a martini, I can write a note or sign a photo or a book. Without that mediation, I cannot do such simple things. I now ask my graduate students to send me their papers on email so I can make comments on Word Comments.

The neurologists we both dealt with hadn’t a clue why a bit of booze helped some of us and did others of us no good. They all said, “Whatever.”

One time I gave an afternoon lecture and had a book signing immediately afterwards. Diane made me a martini and put it in a coffee mug which I didn’t start sipping until the Q&A. So by the time of the book-signing, my hand was calm and I got through it. But I said, “We can’t do this any more. If it gets out that I’m having booze in the late afternoon in order to be able to sign books, well…”

There are afflictions of age we all are comfortable with: the body cannot do what it could do a few years ago; it sags in places it did not sag previously. We function more above the neck than below it. We depend on certain pills. That is the natural order of things.

That is the sort of thing Herbert and I were talking about on the couch at the UB president’s house that night, waving our hands, when they wanted to talk to us but we did not want to talk to them.

I said, “We were just talking.”

They wanted to hear about ideas, but I had no ideas to report. It was about our vibrations. We weren’t waving our hands; we were holding them up for each other to compare frequencies. We weren’t talking about theories of micro- or macrocosm; we were talking about how you manage a pen, how you glue a strut for a model.

After a while, we got up and walked out to the patio. We talked about the two wars George W. Bush had plunged us into: Afghanistan, with which Bush had gotten bored and had therefore let Osama bin Laden and his entire senior team escape from Bora Bora, and Iraq, which seemed to us then, and which later proved to be, totally bogus: We stopped looking for the villain of 9-11 to pursue weapons of mass destruction everyone in the White House knew did not exist.

So Herbert and I had gone from the annoying vibrations of our hands to the atrocious wars in the Middle East.

It was a cool clear night in a Buffalo spring, a lovely time of year here. Herbert looked up and pointed at the stars. That patio was isolated from a lot of local light pollution so you could see a bunch of them. Not like Nome or the Big Bend or other places I’ve been where you can still see the Milky Way, but for around here, pretty good.

“You look at that,” he said, “and it’s hard to take a lot of this seriously. The stars we’re looking at, none of them are there anymore. Some aren’t even there at all. The light from them started on its way here a thousand, a million years ago.”

And then, the next day Herbert went back to work on his crystals giving physicians ever-more sophisticated access to the human body, and I went back to doing whatever it was I thought I was up to at that time. And we both went back to talking and writing about things we thought were out of any natural rhythm at all, that just did violence to the world.

I look over what I have just written, think of the idiocy of our politicians and so many of my academic colleagues, or Herbert’s superb lucidity and grand perspective, and I cannot help but think of my favorite Whitman poem:

When I heard the learn’d astronomer,

When the proofs, the figures, were ranged in columns before me,

When I was shown the charts and diagrams, to add, divide, and measure them,

When I sitting heard the astronomer where he lectured with much applause in the lecture-room,

How soon unaccountable I became tired and sick,

Till rising and gliding out I wander’d off by myself,

In the mystical moist night-air, and from time to time,

Look’d up in perfect silence at the stars.