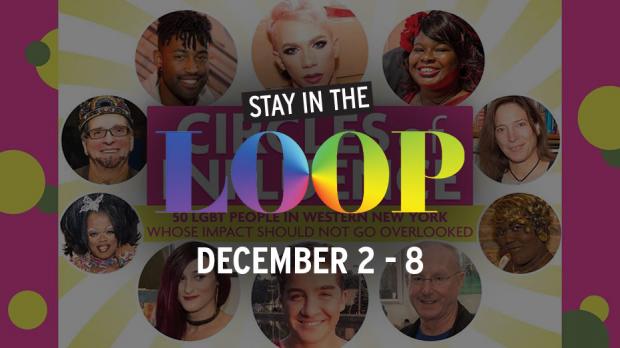 Loop hosts an open house to celebrate four years and 50 issues as Buffalo’s magazine for the LGBT community and its allies. Toast the 50 local folks that the magazine featured in its new issue, “Circles of Influence;” peruse “Plus and Minus,” works by photographer Lingxiang Wu; and get your copy of the new issue, hot off the presses.

Join Pride Center of WNY for a free performance from The Wondermakers. Presenting folk tales from around the world, children and parents will be cast from the audience to help act out and tell the stories. Doors open at 1:30 p.m.

A collaborate music festival to unite the community and help end AIDS by 2020. Musical guests span the genres of R&B, post punk, neo-soul, psych-rock and trap-fusion. HIV and STI testing available. Free and open to all ages.