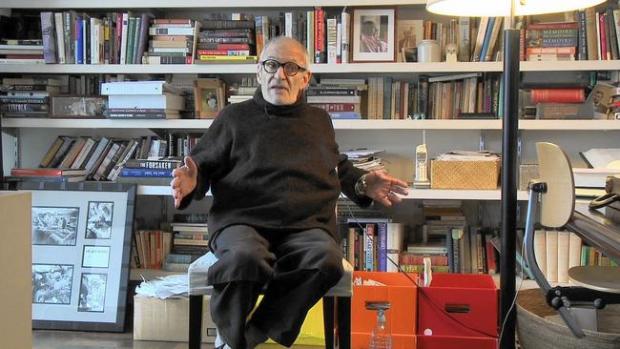 Nostalgia is the past filtered of its unpleasantries. For as much as people who grew up then like to rhapsodize about the 1980s, there was a lot about that decade that still brings a shudder, and unfortunately still affects how we live today.

Yet it’s undeniable that Let the Record Show, Demetrea and Rebekah Dewald’s documentary about the (primarily) New York artists community’s reaction to AIDS, will bring an unexpected smile to the lips of those who lived through that time. It’s clearest in the film’s closing line, delivered by Patrick O’Connell (who in 1978 was one of the first directors of Hallwalls). The harder fought the battle, the stronger the espirit de corps.

Not that the Dewalds (mother and daughter) set out to pat viewers on the back. With archival clips and interviews from many survivors of the era, they chart the growth of AIDS and the increasing desperation of a dying community to get research funding for a disease that, under Ronald Reagan, the national largely chose to ignore. Using the weapons at their disposal, they put art to work, with the formation of ACT-UP and the Red Ribbon Project.

Let the Record Show will have one of its first public screenings this Saturday evening, December 5, 8pm, at Hallwalls. The film will be followed by a panel discussion featuring Demetrea Dewald and Rebekah Dewald, Patrick O’Connell, and Ron Ehmke, former Hallwalls performance curator and co-founder of ACT-UP Buffalo. $8 general, $6 students/seniors, $5 members.