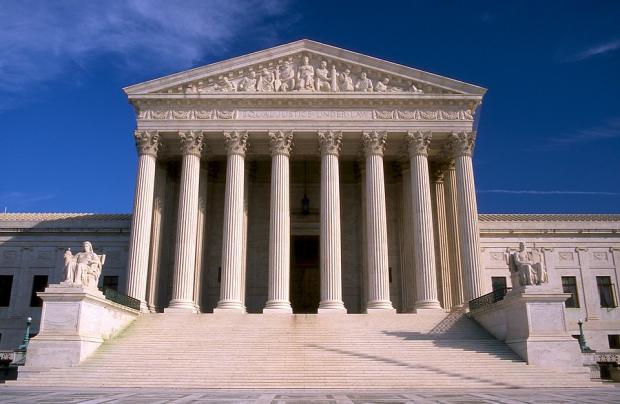 It took the death of a US Supreme Court justice to save the unions last time.

In January 2016, a case before the high court threatened to severely weaken organized labor. Withering questioning from Justice Antonin Scalia left his vote in little doubt, but after his sudden death in February, the Supreme Court deadlocked 4-4.

Now, with newly minted conservative Justice Neil Gorsuch in Scalia’s seat, the labor movement is once again bracing for a crippling blow from another case. Janus v. American Federation of State, County and Municipal Employees Council 31 could wipe out mandatory payments—agency fees—from public sector employees who opt out of union membership, with the potential knock-on effect of depleting the ranks of existing union members. Labor advocates say all of this would cripple the ability of unions to represent and advocate for workers by decimating their revenue streams by hundreds of millions of dollars.

The unions, fresh off defeating the state constitutional convention ballot proposal, have put on a brave face.

“Regardless of the court’s decision, New York’s labor movement will continue to lead the way for the rest of the country by ensuring that working men and women have the freedom and the power to be fairly represented in the workplace,” Mario Cilento, president of the New York State AFL-CIO, wrote in a statement to City & State. “We’re not going anywhere.”

For state Senator Marisol Alcantara, the state Senate Labor Committee chairwoman, with all the items on her 2018 agenda, she said, looming over them is what the Supreme Court will decide.

“The largest concern I have, and I think for all of labor, is the decision before the Supreme Court—he Janus case,” Alcantara said. “It could take away the bargaining rights of thousands of public sector workers. It could basically make our public sector unions ‘right-to-work’ unions.”

Right-to-work laws currently in place in six states allow nonunion public sector employees to reap the benefits of collective bargaining agreements, and even legal counsel, without having to pay anything to the union. A few states offer a glimpse of a post-Janus future, according to several studies, and it’s gloomy, especially for the unions.

A 2015 study by the left-leaning Economic Policy Institute estimated that wages in right-to-work states are 12.7 percent lower than in states without those laws. Another study, released last April, concluded that the law resulted in workers in Indiana, Michigan and Wisconsin losing 2.6 percent of their earnings along with a 2.1 percent decline in the unionization rate.

The scope of that potential impact on New York’s government sector is massive.

New York has more union members as a proportion of all salaried workers—23.6 percent—than any other state, according to the US Bureau of Labor Statistics. But, more than 67 percent of all public sector employees —over 927,000 state residents—are in a union.

The fallout from what many see as an all but certain Supreme Court ruling could force unions already under financial strain to cut back on advocacy and member services. In 2016, for example, the Times Union reported that New York State United Teachers, the state’s major teachers union, was in danger of insolvency in the next few years if it didn’t cut benefits and noted that the union had previously reported $416 million in future liabilities.

But Alcantara said help is on the way.

“I have a bill that will ensure that public unions continue to have the ability to collect the portion of the due that will allow them to fight for benefits and so on,” Alcantara said. “It addresses the problem.”

Touted as a way to “streamline the process” of joining a public sector union, Alcantara’s legislation makes the government responsible for quickly deducting and paying union dues from the employee’s paycheck, and would allow unions to set the terms of an employee’s withdrawal from the union. The measure passed the Assembly in June, but never passed the state Senate.

Nevertheless, the proposal won’t completely solve the threat to unions in the event of a pro-Janus ruling.

“The Alcantara bill is a speed bump, not a brick wall,” said Ken Girardin, a policy analyst at the Empire Center for Public Policy, a fiscally conservative watchdog group. It is a way for lawmakers to slow the rate at which public sector workers stop paying the unions, he said, but it wouldn’t require workers to keep paying. “It would be a way to mitigate the impact (of Janus), it wouldn’t be a way to completely reverse it,” Girardin said.

He added that the unions are powerful enough to weather whatever difficulty the Supreme Court ruling may bring. On that point, Cilento agreed.

“We are very proud of the fact that here in New York, organized labor is strong enough and savvy enough to adapt to whatever the outcome of this case may be. We are the largest and most successful statewide labor movement in the country,” Cilento said. “And we will keep it that way.”

Back on the agenda again after being first introduced in 2013, this bill would provide farmworkers with collective bargaining rights, workers compensation, eight-hour workdays, overtime beyond that and at least one day off per week.

After the death of an Ecuadorian immigrant worker, the bill would raise fines on companies or managers whose actions lead to the death or injury of a construction worker and create new felony crimes of “endangering the welfare of a worker.” The bill has passed the Assembly.

In response to reports that some car wash workers were being paid $4.50 a hour, this bill would require car wash workers to be paid minimum wage without allowance for tips—which allows employers to pay below minimum wage. The bill passed the Assembly, but remains in committee in the state Senate.

This article first appeared in City & State, a content partner with The Public.