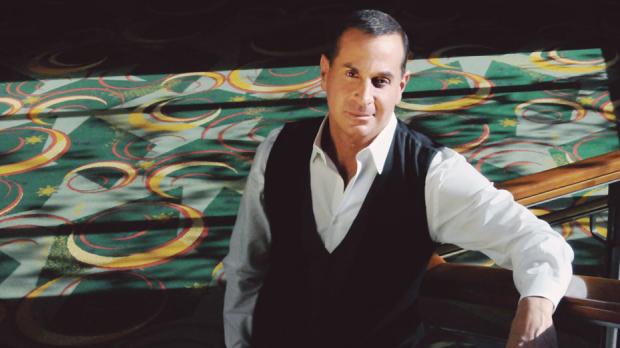 Matthew Lombardo is a Broadway-produced playwright best known for works that have showcased the talents and personalities of remarkable women. His play, Looped, earned Valerie Harper a Tony Award nomination for her portrayal of the great Tallulah Bankhead. He wrote Tea at Five in which Kate Mulgrew portrayed the immortal Katharine Hepburn. In High, he wrote a part for the remarkable Kathleen Turner in which she portrayed a nun and drug counselor with a checkered past.

Now, with 4 Girls 4: A Christmas Together, this time working as a producer, Lombardo is again working with great ladies of the stage, bringing four big Broadway names to 710 Main Theatre in Buffalo on Wednesday, December 3 at 7:30pm: Donna McKechnie, the original Cassie in A Chorus Line; Andrea McArdle, the original Annie; Tony Award winner Faith Prince; and recording star Maureen McGovern. To see any one of these women is an exciting event. To see all four on the same night is historic.

A person might get the idea that Lombardo is smitten by dynamic women.

“That’s totally true,” Lombardo confirms. “I grew up in a house with my mother and three older sisters. I have always found women fascinating and easier than men to write for.”

Even the story of how Lombardo came to book 4 Girls 4 at 710 Main involves a dynamic woman, Broadway legend Betty Buckley.

“Years ago,” says Lombardo,” I saw Betty Buckley at Studio Arena in [A. R. Gurney’s] Buffalo Gal, and I thought, ‘What a terrific theater space. I’d love to put a show in here!’”

Now he has, and it promises to be a very special evening. At a time when every show gets a standing ovation, Lombardo notes that when it played in Provincetown over the summer, 4 Girls 4 scored no fewer than seven standing ovations during the performance. Very encouraging for him and his co-producer, Rick Murray, owner of the Crown & Anchor in P-Town.

“I think when people sit in that audience and hear Andrea sing ‘Tomorrow,’ and Donna sing ‘Music in the Mirror,’ and Maureen sing ‘The Morning After,’ it transports them back to their own past in a very significant way,” Lombardo observes. “And these women could not be more wonderful to work with—there are no divas in this group. Each is instinctively talented and professional. Each is special. Each has a remarkable history and something momentous to share with the audience. Each loves what she does.”

Interestingly, while Lombardo is best known for his associations with amazing women, his next project is about a well-known man.

“I’m writing a play about [comic actor] Paul Lynde,” Lombardo reveals. “He was a very talented and complicated man. That’s all I want to say about it now, but the title is ‘Secret Square,’ and it will require a strong musical theater actor to play the role.”

“I’m hoping that 4 Girls 4 will go very well at 710 Main because I love the theater and would love to book more name talent into that space,” says Lombardo. “It’s such a wonderful theater.”