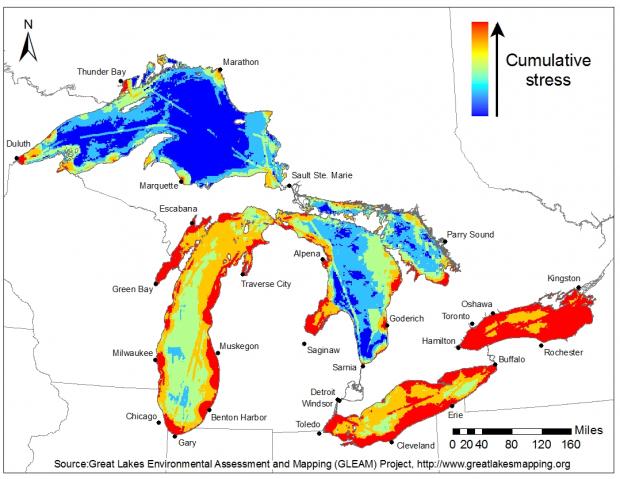 A couple of years ago, New York Governor Andrew Cuomo used his executive authority to mandate that 50 percent of electricity generated in New York State must come from renewable sources by 2030—the year that an international scientific panel says will be humanity’s last chance to act to stop global average temperatures from rising more than 1.5 degrees Celcius.

California set itself the same timetable to get to 50 percent. The Hawai’i legislature set a goal of 100 percent renewable electricity by 2045. Twenty-nine US states have renewable portfolio standards, which leaves 31 states out of the story, and until the Trump Administration is replaced, the national government won’t be part of this discussion.

Quebec, one of two Canadian provinces that border New York, is already there: 97 percent of its electricity is green, mainly from the vast dams of the Grand Baleine/Great Whale project hundreds of miles north of Montreal. Billions of investor dollars are flooding in to create even more hydroelectric generating capacity there while money is moving out of the oil sands in northern Alberta. The new premiere of Quebec is about to release a plan to convert buses to electric, to build more trams in Montreal and Quebec City, to electrify more buildings, to cut greenhouse gases, to subsidize electric-powered vehicles where population isn’t dense enough for public transportation—and to cut Quebec’s $C10 billion annual bill for oil imported mainly from the US.

The Quebec politicians want to do this because it will help their economy—because operating an electric vehicle is cheaper than operating an oil-powered vehicle. (It already is: In Buffalo today, where electricity costs just under 12 cents a kilowatt-hour and where gasoline costs about $2.75 a gallon, the cost per mile of running an electric vehicle is one-third of running a gas-power car. More on this below.)

Meanwhile, Quebec sells green electricity to New England and New York, thus helping us hit Cuomo’s targets. Electricity is cheap: Inside Quebec, residential customers pay less than six cents Canadian per kilowatt-hour, or about four-and-a-half cents US—less than half the rate we pay in Buffalo.

It may not sound fair to ask mayors, county executives, county legislators, school boards, or town supervisors to take the lead on this issue: They’re not governors or presidents or prime ministers. But because local governments are both huge energy consumers and also because they are creations of state government, they are faced with a choice: Either await directives from above, or get out in front of the issue of energy transition—because as big users of fossil fuels, they pay big energy bills.

But there’s another reason to get local elected officials focused: Electricity may soon (by 2030) be not just the cheapest available source for government. It may be the only available source—because the economics of energy are changing.

But what is our local discussion?

Sadly, it’s about how to spend free money from Albany or Washington (Buffalo is hooked like a junkie on handouts) as if it’s going to keep coming, and as if faraway higher-ups are somehow obligated to keep it coming.

Here’s what passes for elite discourse in the Buffalo media market:

Just on those three projects alone, the conversation in Buffalo has been about how to spend $2 to $4 billion to replace structures that are currently functioning—not about how to prepare for the energy transition that other governments, UN agencies, scientists, and now major international bankers say is upon us.

This past August, a big international bank warned investors that despite its massive “incumbency advantage,” there will be an energy transition away from oil — and toward renewables —- because oil will become a bad investment very much more quickly than even the most ardent green-energy advocates imagined.

This prediction is from the eighth-largest bank in the world, BNP Paribas, a French bank that is bigger than Bank of America, Wells Fargo, Citigroup, Goldman Sachs, or Morgan Stanley. BNP Paribas reports that electricity from wind turbines and solar panels has achieved economies of scale so quickly, and with so few problems, that oil will become will soon become economically unsustainable as a fuel for cars and other light-duty vehicles—unless oil prices drop to between $10 and $20 per barrel.

Here’s what oil costs now: at least six times more than that. Imagine bankers telling investors to forget about their oil portfolio because wind, solar, hydro, and maybe even Bill Gates’s new solar-concentrator company are all better places to invest money.

West Texas Intermediate crude oil last week was at around $56 a barrel. Brent Crude, a lower-sulphur grade, was at $61. (Oil prices are on pretty much every news website, but useful context can be had at Oilprice.com, an industry source.) The break-even price for a barrel of oil depends on where it comes from: According to the Dallas office of the Federal Reserve Bank, the break-even point for the oil currently pumped in Texas ranges between $23 and $70 per barrel, with an average of around $50.

It’s arithmetic. If you can power your car with electricity for 3.3 cents a mile, while using gas will cost you 15 cents a mile, at some point you will make the switch to an electric-powered vehicle. So will your city, county, town, school district, and state governments. (The calculation is based on Buffalo prices of electricity at 11.7 cents a KWH, and regular gas at $2.75 a gallon.)

“If all of this sounds far-fetched,” says the BNP Paribas report’s author, “then the speed with which the competitive landscape of the European utility industry has been reshaped over the last decade by the rollout of wind and solar power – and the billions of euros of fossil-fuel generation assets that this has stranded – should be a flashing red light on the oil industry’s dashboard.”

How do we change what we talk about in Buffalo?

It’s not like we’re exempt from having to think about these issues.

In the latest report from the UN Intergovernmental Panel on Climate Change (IPCC), the scientists say that humanity has until 2050 to get to net-zero carbon emissions.

But we (humanity, that is) only have until 2030 to stop global average temperatures from rising more than 1.5 degrees Celsius.

As 2018 Nobel Prize-winning economist William Nordhaus has been saying for years, climate change has economic consequences. A quick glance at the IPCC report gives us the phrase “high confidence,” which characterizes the views of the scientists who summarized 6,000 peer-reviewed studies on how strongly they view the likelihood of more and more costly consequences of continuing to use fossil fuels.

The Electric Vehicle Transportation Center cites a couple of dozen studies of how cities (mainly European but some American), companies, and even units of the US military, have switched from oil-power to renewable-powered buses, trucks, taxis, and other vehicles. It wouldn’t take much effort to figure out the conversion costs of turning every Niagara Frontier Transportation Agency bus, every Erie County vehicle, and every other municipal vehicle into an EV. The consulting fee for doing the research might be the same or less than the $150,000 Erie County paid to the out-of-town guys who recently exclaimed that we need a new, $500-million, money-losing convention center.

Perhaps the New York State Energy Research and Development Administration could undertake the study as a government-to-government project. Or perhaps the New York Power Authority’s Western New York Power Proceeds Allocation Board, which is mandated to spend money on projects within 30 miles of the Robert Moses Power Project on the Niagara River, could commission such a study. Or perhaps the Stanford University scholars who created a state by state renewable energy plan could be enlisted to take a look at this issue, and maybe even answer this question:

What would the costs and benefits be were Buffalo-area taxpayers to make a 10-year investment of $1.5 billion in green energy?

What would the economic impact be were Western New York to undertake an electrification program like Quebec is undertaking for its big cities, its small cities, its towns, its public transportation systems, and its car and truck drivers?

Here’s a beginning number to think about: utility-scale installations of solar photovoltaic panels, the promotion of which President Barack Obama (remember him?) used his executive authority to push, by 29 percent by 2017. The cost per kilowatt-hour is now under 6 cents. (Check your electric bill: you probably pay 11.7 cents or more; the national average is about 11.7 cents.) So that means that if you got your electricity from a massive utility-scale solar array, you’d save money.

We talk about what interest groups here want us to talk about.

The very, very difficult new business environment of the local news media requires that daily newspapers and daily TV news operations have a permanent draw for their core demographic—which is why daily newspapers and daily TV news operations devote about one-third of their daily content to major league sports. Without major league sports, their core audiences would not exist. Ergo, we will talk about sports—stadiums, personalities, rivalries—in every single paper and on every single broadcast.

But we also talk about what the most financially relevant funders of politics want us to talk about.

If you’re wondering whether Buffalo needs a new $500 million convention center, or a new $1 billion Buffalo Bills stadium, ask yourself this: over the course of the 25 years that your Erie County property taxes would be used to pay for those new toys, might there be some other use for your money that could keep you and your kids from, say, frying, starving, or being overwhelmed by climate refugees?

Weaving the new climate science reports into our local discourse means broadening our understanding of the costs, and benefits, of doing what the climate scientists tell us that we urgently need to do. And that we need to do it locally.

So here’s a proposal: whenever any political candidate says anything, make your response in the following form: “What part of the IPCC report’s switch to renewable energy and away from fossil fuels do YOU think we should do first, cars or buildings?”

Because there isn’t anything else more important, actually.