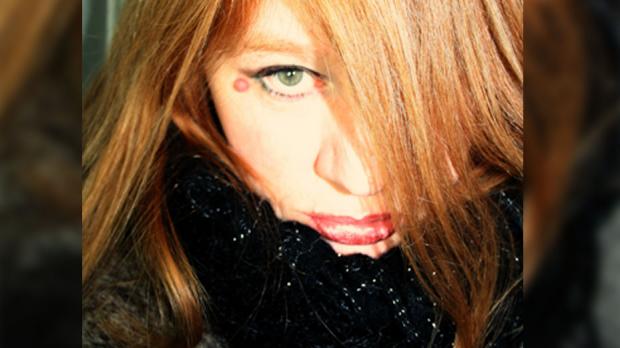 Pam Swarts loves Buffalo… most of the time. But when we talked last week, she’d just endured the drive back from Batavia, where she teaches Digital Arts to the masses at Genesse Community College. The commute took place during what will undoubtedly go down in the record books as a crippling blizzard. Her eye-catching Scion is decorated blue with bolts of white lightening, and to know her is to be in on the joke: there’s definitely a creative storm brewing in that car. A sea of patch-cords, text materials, instruments, clothes and coffee cups whizzes by like a private thunder storm on wheels, a conundrum of ideas buzzing in the driver’s head of red hair. On this day, however, the heavier storm was definitely outside the car.

Still, the 49-year-old Scorpio is as used to it as any Western New Yorker could be, having arrived in Buffalo in 1990 after spending time in Sparta, Fredonia, and Rochester. The daily journeys to Batavia began in 1997, but through it all, Swarts has pursued a life in music alongside her teaching career. A healthy distrust of the music industry and all its red-herring-hope keeps her here.

“The satisfaction of making music is, to me, more personal,” she said. “I’ve seen so many other people go out there that are genuinely talented, and I’ve also seen the misery and disappointment that ensues when it doesn’t work out. Plus, I never really could envision this wonderful place to go that showed so much promise, and I think people get screwed over chasing that. After all, it’s not like I can’t work on my music here.”

Swarts’ next show is at Filligree’s on December 11 with Hooked on Casiophonics, an electronic hip-hop duo she formed with local funk-maven Cordell “RockNutz” Brooks that simultaneously parodies and pays tribute to the state of commercial hip-hop. It’s where unabashed libido and bathroom humor meet, and it seems to have struck a chord with Buffalo, given that the duo enjoys fairly frequent bookings.

Her solo shows are where she gets to show off her bewitching pipes and air her grievances with the world.

“I always think of my solo guitar stuff as the heavier, more emotional side,” she said. “Casiophonics is the direct opposite of that. The more playful band projects help alleviate stress, so I’m not always living in that serious, dark space. It’s nice to have some reprieve.”

Tying together her passion for music and involvement in visual art is her ongoing role as a key purveyor of Infringement Festival. Having formed an alliance with Infringement guru Curt Rotterdam many years ago,  Swarts now has her students in on the fun, annually designing fliers for the event. Not only does she perform repeatedly throughout the entire 11 day shebang, she also skips from venue to venue, supporting as many artists as she possibly can. To catch her during Infringement is to encounter a woman happily saturated in a state of creative delirium.

“It’s an art marathon, and it’s exhausting,” she said. “But it’s also an ideal world: for 11 days there’s art and music everywhere… we get to live in a fantasyland where everyone just does art. Buffalo has the largest Infringement festival going, while some other participating cities really struggle to put theirs on. We do fundraising all year to pay for that.”

The festival’s ongoing success is part and parcel to what Swarts feels that Buffalo has going for it… and what she fears it’s in danger of losing. The concept of urban renewal means different things to different people.

“I actually really like the poverty aspect of Buffalo, and I think it allows easy access to certain things — cheap practice space, for instance — that are out of reach elsewhere,” she said. “Additionally, there’s a value in having to think to get by, it forces you to be creative… as does winter, which keeps me occupied with indoor projects.”

“We’re in a cool place, because Buffalo has gotten to a point of sophistication where offbeat things are lauded,” she continued. “But at the same time,  many of our local artists are worried about getting priced out of their city spaces. The whole idea of a big-money-savior is a foolish one, and often the folks who are truly responsible for positive change don’t get compensated. It’s all done under the guise of advancement, but real progress always has to come from within.”