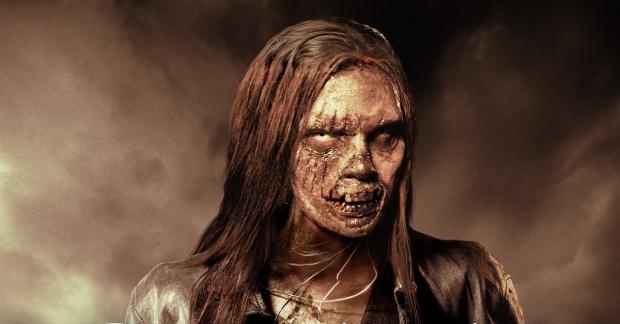 When Gregory Lamberson isn’t reviewing genre movies for this publication, he has about a million other ways to spend his time, including writing novels, running the excellent Buffalo Dreams film festival (just concluded but returning nest year in late August), and of course making movies. His latest, Johnny Gruesome, has been gestating since 1984, when he wrote the first version of the screenplay at the age of 19. In the years it took Lamberson to work his way up to the budget he needed to realize his vision for the film, he adapted the story into his first novel, in 2008.

Johnny Gruesome is now available to rent or buy as a digital download on Amazon Prime, iTunes, Vudu, and other platforms. It wouldn’t be fair for us to review the work of one of our own, but here’s what other critics have had to say about it:

“…a quickly paced and fun supernatural revenge flick that has a great soundtrack, excellent makeup and perfectly cast characters with personalities.” (Morbidly Beautiful)

“Featuring a great cast, a badass rocking soundtrack, and a main character with ‘franchise’ written all over him, it’s a flick that horror movie nerds will love. Virtually perfect. 10 out of 10.” (411Mania)

“An enjoyable thriller laced with black humor…” (Voices from the Balcony)

“Light-hearted but with just enough death to satiate the appetite of horror fans, JOHNNY GRUESOME is a rockin effort.” (Horror Cult Films)

“Part high school melodrama, part zombie revenge bloodbath, and part camp comedy, Johnny Gruesomeis a Bud cracking bonfire of blood that will have you throwing horns until the sun comes up.” (Flixist)

“Lamberson films gruesome comedy and horror like few can.” (Without Your Head Horror)

“The story is cool, retro, and full of amped up emotion and indie gore.”  (A Southern Life in Scandalous Times)

“Johnny Gruesome is a lot of things, but most important of them all, is that it is so much FUN! This film is a perfect blend of gore, jump scares, gut-wrenching violence…and so much to laugh about!” (Tranwreck’d Society)

“There is, at all times, something interesting happening. The humor ranges from cute to delirious, the gore looks great, the acting is decent…This is a colorful and innocent zombie/revenant/ghost movie in a sea of much darker supernatural slashers.” (Tales of Terror)