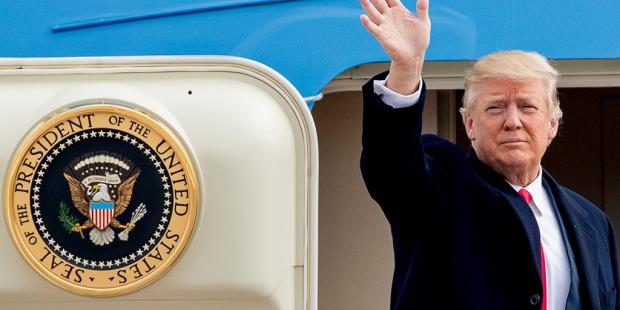 There is only one reason why Donald Trump is still president. Donald Trump has his finger on the nuclear trigger today solely because Republicans who control and dominate both houses of Congress will not impeach him. It’s that simple. Harrowing as the current situation is for all Americans and the world, it’s important to remember that authoritarian regimes always fall. Sometimes it takes a while, sometimes it takes decades, but truth and reconciliation does come and nations do rebuild, though sometimes from ashes.

Though we’re hardly a year into the Trump presidency, our democratic institutions and the checks and balances of an independent judiciary and press are under siege. Our electoral systems are under attack and our human rights are being targeted. Our democratic institutions are being reshaped by a president elected with 46 percent of the vote empowered by a two-seat Senate majority and (currently) a 46-seat House majority. It’s unclear how much damage they’ll do to our environment, human rights, and democracy before they fall. But already, the country doesn’t look the same.

There’s a name for politicians who sell out their country. They’re called “Quislings.” Etymologically, it’s relatively young term, originating in Nazi-occupied Norway, where a Norwegian collaborator named Vidkun Quisling administered an occupation government for the Nazis before finally being executed in 1945. Republican collaborators who prefer the criminal presidency of Donald Trump over the rule of law are Quislings. Perhaps one day, when we’re finally digging out of the mess we’re now digging ourselves into, we’ll look back on them as Trumplings, and history will not be kind to their legacy. I anticipate this regime won’t have staying power, so this day of reckoning might come sooner than people think.

It’s hard to discern any coherent ideology coming from Republicans lately. It’s also hard to nail down where the Democrats are, but there’s a key difference. The Democratic Party has two clear factions battling for the soul, or the soullessness, of their party. The players in the Democratic Party represent distinct, unwavering, ideological positions engaged in fratricidal policy debates. By contrast, the Republicans are eusocial, like a demented termite colony nibbling away at foundations and structural supports, marching to the orders of a supreme roach. And right now that means they’re all little Trumplings. Their common mission is to aid and abet the project of dismantling civil society and democratic institutions, with a punishing intolerance for dissent. On a human level, their social hierarchy borrows from more traditional organized crime structures, hence their decisions are based not on ideology but on obedience to power.

Yes, there are disgruntled Republicans in Washington, but you can count them on your fingers. Arizona Republican Senator Jeff Flake stands out for his recent anti-Trump orations where he condemns Trump’s “reckless, outrageous, and undignified” behavior. But his words were undercut by his actions. Rather than lead a resistance within the Senate, he’s quitting when his term ends next year. And oratory aside, when it comes to voting, he’s been a loyal termite. Despite the fact that Trump came within 3.5 points of losing Arizona in the presidential election, Flake ignores his constituency and votes in line with Trump over 90 percent of the time, having rubber-stamped all of Trump’s “swamp cabinet” picks. Tennessee Republican Senator Bob Corker is cut from similar cloth, offering marginal criticism of Trump while supporting him over 86 percent of the time and announcing that he won’t run for reelection next year.

Then there’s John McCain. During the campaign Trump all but called him a sissy for getting captured during the Vietnam war, stating that “I like people who weren’t captured.” It’s a no-brainer that he’s got no love for Trump. And, in the sunset of his life, he’s probably thinking about his legacy. After earning respect from both sides of the aisle during a long, colorful, political career, there’s really no reason for him to go Chris Christie on us and embrace his own humiliation. Instead, McCain has earned respect by rhetorically standing up to Trump, but he still votes with him 84 percent of the time, which as with Corker and Flake, included voting Trump’s kleptocratic cronies into positions heading and degrading federal agencies.

Susan Collins of Maine, representing a state that Trump lost in the presidential election, seems to stand alone as the least supportive Republican in the Senate, but even she votes with Trump over 80 percent of the time. No Republican in the House or Senate has yet to come out in favor of impeachment or censure of Trump.

The overwhelming support that Trump has received from Republicans in both chambers can seem odd, considering how out of step he is with Republican issues that traditionally defined the party. Take free trade, for example. Ronald Reagan cemented his legacy not with his oft-forgotten scandals but with his championing of free-trade deals. In 1980, under the tutelage of the conservative Heritage Foundation, he championed free trade with Mexico, and with strong Republican support and strong Democratic opposition, he supported tariff-free maquiladoras and a policy package that eventually became NAFTA. That led to decades of similar deals that ultimately decimated American manufacturing.

After George Bush Senior’s failure to enact NAFTA during his presidency, Bill Clinton rammed Reagan’s vision through Congress in a way that only a Quisling Democrat could, with strong Republican and “blue dog” Democratic support, against the will of most Democrats. After Bernie Sanders’s surprising success rallying opposition to such policies during the 2016 Democratic primary, Republicans seized on Sanders’s rhetorical mantel, riding an anti-free-trade wave while doing little to oppose anti-labor policies and lots to further oppress workers at home. The result has Republicans opposing their crown achievement of ramming through corporate globalization against Democratic resistance. But don’t believe the hype, as the pro-corporate globalization Heritage Foundation is cozying up to the Trump administration, who in turn is appointing their members to administration and judicial posts.

The Republican Party seems even more schizophrenic when it comes to state’s rights, an issue that was core to their politician identity and concept of a republic. Yet when it comes to opposing abortion or union rights, or supporting gun ownership rights, they’re against states’ rights. The current Senate tax bill proposes undermining states’ rights to levy taxes, by taxing the state income taxes employees pay. Republicans used to be conservationists. Republicans used to be fiscally responsible. They used to oppose deficit spending to the degree that the top tax rate was 91 percent when Republican President Dwight Eisenhower left office. We can go on here, but you get the idea. Republicans are waffling on their core values. So other than Trump’s obsession with erasing Obama’s legacy, what do they believe in?

Absent any coherent ideology, Republicans are acting primarily to enrich their sponsors and themselves while maintaining their lock on the power to pillage. But Trump’s arrogance and hubris has infected the culture of his party. The financial conflicts of interest are now grossly clear and visible. So are the political actions of his Justice Department undermining voting rights. With a newfound sense of impunity, they’ve taken the idea of kleptocracy to new and visible heights. Americans have no stomach for this. The fuck-shit- up vote was fun, but now comes the hangover. The Republicans who are enabling the Trump culture that has consumed their party will one day soon have to answer for their actions. They still might have time to get on the right side of history.

Michael I. Niman, Ph.D., is a professor of journalism and media studies at Buffalo State College.