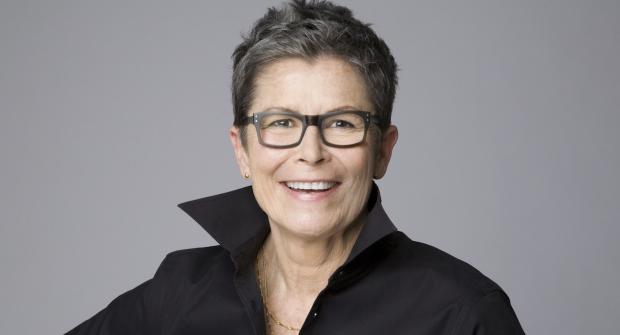 Recently, I was interviewed by the Buffalo News about not only the recent resurgence in comedy in Buffalo, but also the role that women are playing in the scene. It got me thinking about who I looked up to, and who served as role models for my comedy career. Growing up I watched plenty of stand-up comedy with my mother, and she really liked female comedians, so that was what we would watch together. Elayne Boosler, Ellen DeGeneres, and Rita Rudner were some favorites. I was a huge fan of Suzanne Westenhoefer, out and proud in the 1990s. I’m not sure I knew why I liked her comedy so much, or why I related to Ellen wearing a t-shirt and blazer combo, but I did. I came home from college one weekend and there she was. Sitting quietly on my mother’s nightstand, a book by Kate Clinton.

If you are a Buffalonian who doesn’t know Kate Clinton, look her up. Born in Buffalo with a few stints elsewhere in Upstate New York, her fans range from Rachel Maddow to Lewis Black. She has written three books, appeared on countless television shows, and has 16 national tours under her belt. I sat down with Kate to discuss activism, being a “fumorist” and a fellow Upstater.

Do you think there is something about being from WNY that connects us to the plight of others?

Yes, actually Elizabeth Streb (the choreographer) is from Rochester and I met her at a real la-ti-da NYC party. When we both found out where we were from (upstate NY) we kind of bonded instantly, or as she puts it, became “butch brothers”. I do think we come from a very watch-out-for-your-neighbors sort of place.

Were you a teacher in Buffalo or was that after you left?

We moved to Syracuse when I was ten, my dad worked for NIagara Mohawk power Company (now National Grid). I went to Syracuse and then I went to Colgate and got a masters degree, sort of NOT paying attention to what I going to do the NEXT year. My mom had a friend who taught in Hamburg and still knew people there, so my first teaching job was actually in Hamburg.

I don’t make the connection of an English teacher becoming overtly political, ya know, I think more of maybe poems. Was your openness about your sexuality what made you “political” in the beginning or was it actual political commentary? I find that if you are not in a normative sort of lifestyle, you are, by default, “political.”

Right, exactly, I mean, just saying I was a lesbian comic, my friends thought I had some sort of sophisticated death wish. That was 1981, ya know? “Oh, THAT will be great for your career.” BUT I was coming out and I had talked about wanting to try stand-up comedy and my best friend literally booked me in a club and said, “I’m sick of hearing you talk about it, you are on in a month.” And that is how I started. We put a sign up in a little bar in Syracuse and that was my first show. I also called myself a “fumorist.” I ran together “feminist and humorist.” So many jokes are lost now that we have autocorrect! That got me into tons of mainstream radio gigs, and they would almost always start with, “Let’s talk to the little lady who is a feminist humorist, isn’t that an oxymoron?,” and I would always say well, you are half right.

Speaking of politics, this summer we had the Supreme Court marriage equality ruling. Does it surprise you how quickly we progressed on that issue?

Absolutely. I remember saying two or three years ago that we would get a federal marriage equality bill in my lifetime, and someone yelled back “how old are ya?”

I’m stunned and really, I think the old white dudes are dying off and there is a whole new generation of Millennials who don’t see what the problem is. It is a definite tipping point, but as you know, now the real work begins. The backlash and people who just don’t get that they lost and should give it up.

Generally speaking, we’ve gotten bad at losing gracefully as it is, not getting our own way. That is the part that made me stop and think, “Did this happen TOO quickly, what am I missing? Are we getting duped?”

I was really kind of cheered because I thought, if we get marriage equality everyone will check out and go on a cruise. But I was really glad to see the organizing that was happening on other issues WHILE we were working on marriage equality. As you know there are close to 30 states where you can lose your job, lose your housing. So I DO think there has been more planning and organizing around that than I expected. We will just see if that sustains and can raise the money that marriage equality did. I think it will be, ya know, we hit the low hanging fruit and now it is time to go after the tough ones.

“Hey! You get to keep your house” is not as sexy as marriage.

And no one believes it is true, either. Everyone thinks you get marriage and sure, you can be out at work, but you can’t. Again, it is an educational process and more of the conversation that we are having in America about this.

What advice do you have for someone who may have ended up being an activist (who may also be a comedian, and lesbian).

If it’s not, I mean, it really was, maybe that is what we’ve lost. I think another thing that is interesting to me is that my age group is very much at the top of their careers. They are heading hospitals and are partners in their law firms and they did it while others of us were really hammering away to try to get equal rights. So there is a wave of women who are looking at retirement and are now looking around and going, “What can I do?” and they have these skillsets and they are smart and they are getting involved. They are smart and in a way have been watching this whole rights movement peripherally ( which can be a little annoying at times) and now they are getting re-engaged which i think is a new unexamined, maybe untapped part of activism.

And unprecedented too, this is the first crop of women who have had the chance to reached those levels.

That is very interesting and I hope you are twiddling your little thumbs figuring out what to do with them, because they will do anything you say. I mean, remember who YOU are.

They are literally professional lesbians. My kind of gals. I AM tired of practicing lesbians. I like pros only these days.

Yeah, I mean think of all the women who will eventually have 60 more free hours a week…

It can’t all go to golf.