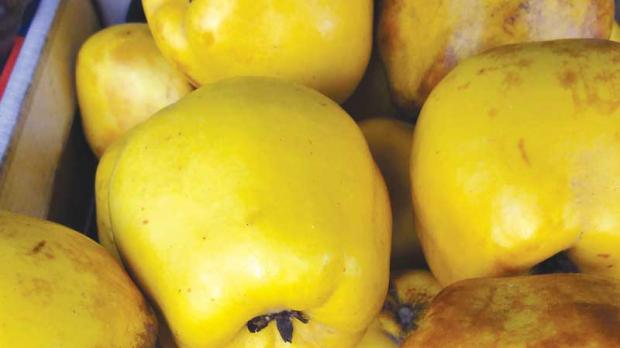 Above all, the chefs were coming together for a worthy cause. Big Fuss, held on November 12, was the fourth annual fundraiser by Western New York restaurants for Western New York farms. This round, chefs donated their food and time to Middleport’s Prudon Farms, which had been damaged by fire. “Saving small local farms is one of the most important things we can do,” says Black Sheep chef Steve Gedra, who organized the event with Feed Your Soul Productions and Slow Food Buffalo Niagara.

But when there’s a little friendly competition between chefs, diners benefit, too. The culinary talents behind CRaVing, Toutant, Black Sheep, Bourbon and Butter, Marble + Rye, Nickel City Cheese & Mercantile, Lloyd Taco Trucks, Elm Street Bakery, and Ristorante Lombardo served up samples of their best cooking. Community Beer Works, Leonard Oakes Estate & Winery, Lockhouse Distillery, and Chateau Buffalo poured their favorite beverages as well. Altogether, it was a rich preview of some standout local foodie offerings. Here are some of the culinary themes to look for over the next few months.

Quince fruit
Quince may be a cousin of the apple, but outside of the Eastern European countries where it’s most often grown, the unconventional fruit gets a lot less glamour. Now local food and beverage purveyors are sourcing and finding creative ways to serve quince locally. Pastry sous chef Emily Savage and the Elm Street Bakery team used local quince in a mostarda, an Italian blend of candied fruit and mustard seed, mustard powder, raisins, and walnuts. Savage spread it into a savory-sweet layer on a baguette.

Leonard Oakes Estate & Winery made quince a guest star in a special edition of its Steampunk hard cider. Leonard Oakes produced 200 cases of what it’s calling Steampunk Elloquince, outside sales director Jerod Thurber says. The winery sourced it from Brown Farms in Albion. “It adds a bitterness to what’s going on,” Thurber says. “We’re starting to get funkier with our ciders.” Snap up Elloquince at Buffalo Proper and Black Sheep within the next few weeks.

Chicken liver made elegant
The French have been making pâté of foie gras, or goose liver, for centuries. But why be as hidebound by tradition as the French? Buffalo chefs are playing with the more plentiful, economical, and humble chicken liver.

Following up on a popular Elm Street menu item, executive chef Brad Rowell whipped the liver into a mousse (topped with the quince mostarda and then pickled brussel sprout leaves that Big Fuss foodies raved over). Chef Bruce Wieszala of Bourbon and Butter made it into a denser but equally fabulous pâté. He sourced the chicken liver from Oles Farm and spread it on crisp toast with the evening’s other mostarda, this one made with cherry and pear.

Beautifully cooked pork belly
Although the essentially uncured bacon that is pork belly has been hitting menus for a few years now, a venture outside the country can show that not everyone does it well. South African chefs, for instance, tend to serve it cooked hard, like extra-fatty slab of regular meat.

Fortunately, the soft, melt-in-your-mouth American take on pork belly remains alive and well in Buffalo. Black Sheep’s Gedra had his tasting caramelized. The secret is leaving the skin on, Gedra reported. “What I’ve noticed in 37 years on this planet is a lot of restaurants don’t serve the pork skin,” he says. “We got peppered with grease for four hours. But we are willing to suffer for crispy pork skin.” He spiced it with juniper, black pepper, salt, sugar, fennel seed, and trés-French esplette pepper, then served it with beer jam, apple-rosemary puree, and pickled sweet potato.

Goat cheese for dessert
For years, self-proclaimed “sinful” chocolate cakes dominated American dessert menus. But no longer does the final course have to be rot-your-teeth sweet. Christian Willmott and Michael Dimmer, the duo behind the Black Market Food Truck, made a whiskey apple pie that was decadent, then cut the sugar with a goat cheese ice cream. The team behind Lloyd Taco Truck whipped chevre into cream to top an apple upside-down cake.

Jill Gedra Forster and Emily Pierce-Delaney of Nickel City Cheese & Mercantile offered up a light-yet-satisfying goat cheese cheesecake they’ll be selling at the shop through the holidays. Pierce-Delaney used chocolate-coconut crackers for the crust—and tread lightly on the sweetness. “I think about the people out there who want dessert but don’t want to drown in sugar,” she says. “If your mouth can have a conversation with what’s it’s eating and identify all the flavors, you’re more satisfied.”

House-cut and -cured meats
Charcuterie is everywhere, and Buffalo’s most talented chefs are having fun ordering whole animals and playing with the meat in-house. Chef Adam Goetz of CRaVing made a rich pork confit from a heritage breed T-Meadow hog, and he even folded the pork lard into biscuits to serve it on. Chef Michael Obarka of Ristorante Lombardo served a vegetarian offering (an autumn-perfect bruschetta with ricotta, squash, maple syrup, and toasted pumpkin seeds), but he was also overheard talking about going whole-hog.

The Hertel Avenue neighbor restaurants each cure pork into charcuterie-board staples like prosciutto, coppa, and lonza. Obarka likes to start with a hog’s head: “As soon as they come in, we take the head and poach it in heavily salted water and make a cross between a head cheese and a terrine,” he says. “We chop it up with toasted garlic. You have all this tender meat in the middle—we call it crispy pork Milanese. As soon as you put the word crispy in front of something, it tends to do well.”

Exciting restaurant openings
Chef James Roberts, a Louisiana native, is opening Toutant with what he calls “grassroots cuisine” early next year. If his Big Fuss winter vegetable and mesquite-smoked brisket hash (complete with a soft egg and Tabasco salt) is any hint, great meals await. And Willmott and Dimmer of the Black Market Food Truck have their new restaurant, Marble + Rye, coming in spring 2015 and specializing in meat and whiskey.

Not represented at Big Fuss but also fresh on the culinary scene are Hydraulic Hearth, a gastropub in the Larkinville area, and (716) Food and Sport in the brand-new Harborcenter complex. Both opened this month, promising local ingredients and craft beer. Clearly, there’s lots more to taste in Buffalo ahead.