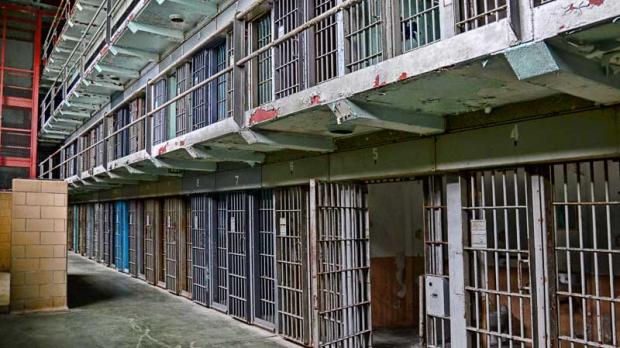 The woman spent her days alone, the vast majority of it locked in a small room that had become her entire world. The world outside was a horror show of brutal attacks and daily harassment. Her pleas for help were ignored by the uniformed men and women whose duty it was to keep her safe from harm; in the end she destroyed her previous home, flooding her toilet to force them to punish her with the relative safety of this lonely box.

Time spent alone and confined took their toll on her mental health. She asked the people who kept her alive for help; they refused. Again, she was forced to resort to destruction to receive assistance—this time targeting her own body. She took off her reading glasses, broke them into sharp pieces, and sliced her wrist and arm until help finally came.

The woman is Casey Smith, an inmate serving a sentence for robbery in a men’s prison in upstate New York who told her story to Solitary Watch, a web-based prisoner advocacy group, and the nightmare outside her cell was the reality of sexual assault in American jails and prisons.

Nearly 10 percent of former state prisoners were sexually assaulted at least once while incarcerated, according to a 2012 Department of Justice (DOJ) study. For transgendered women placed in men’s facilities like Ms. Smith, advocates say the risk can be as much as 13 times higher. In 2003, in one of the few-and-far-between moments you can say this lately, the federal government jumped in and did something good about it.

Pursuant to the Prison Rape Elimination Act of 2003 (PREA), the DOJ published standards for the prevention of rape, sexual assault, and sexual harassment in correctional facilities in order to stem the long-joked-about but seldom-addressed issue of sexual and gender-based violence in America’s jails and prisons. Those standards took effect in 2012 and required monitoring of at-risk inmates, case-by-case placement evaluations for LGBT inmates, annual audits, and a host of other site-specific protections.

The US houses around one quarter of the global incarcerated population, so while the PREA was a welcome watershed moment for those in the criminal defense and prisoner advocacy communities, reform would never be an easy task. That said, two years later, a look at the progress at both state and federal levels shows the massive scale of the undertaking and reveals blind spots in the reform framework itself.

In October, the Office of the Inspector General (OIG) released a report that details some of the actual and anticipated trouble spots in the PREA reform process. One of the basic flaws in the effort is the assignment of jurisdiction for investigations into sexual abuse: the OIG investigates allegations of abuse by corrections officers, while the FBI investigates inmate-on-inmate allegations.

More troubling, the PREA Working Group that is managing the transition seems to have a lax attitude towards the investigations themselves. Each correctional facility is mandated to have an independent PREA auditor, a kind of ombudsman that determines whether a facility is living up to the regulatory standards.

Before this year, the auditors could not call a facility compliant if the agencies investigating sexual abuse cases were not compliant with certain standards for the conduct of investigations and the training of investigators. But in April, the Working Group issued guidance telling auditors to find a facility compliant even if its investigators weren’t, ostensibly to keep from penalizing a facility for the noncompliance of an agency they can’t control. This was shown clearly in the case of CI Taft, a privately run prison in southern California that houses federal inmates. The PREA auditor there found that the FBI hadn’t been compliant with any of their mandated investigation standards, while CI Taft had been compliant with all of theirs. Thus, prior to April 2014, Taft couldn’t be listed as compliant.

But according to the report, there are no procedures in place within the DOJ to determine whether OIG or the FBI have complied with their investigative responsibilities. So after the recent shift a facility could be listed as compliant without any indication that the agencies responsible for investigating sexual abuse claims are compliant themselves.

In another incident, the Office of Justice Programs (OJP)—yet another set of initials tasked with managing PREA implementation—sent a letter to the FBI noting its concern that they had not produced documentation demonstrating their compliance. The FBI wrote back that it was in full compliance, but didn’t know that it had to produce any documents to prove it.

Next, the US Bureau of Prisons (BOP) contacted the FBI with the same request: Show us how you’ve implemented the new regulations so we can determine which of our facilities are compliant. The FBI responded with a letter describing why the FBI thought the FBI was compliant. An independent PREA auditor who reviewed the letter found the information was insufficient to make that claim.

When the OIG interviewed FBI officials for this report, they stated that the investigation procedures the FBI had in place before the PREA even came into being were sufficient to comply with the new standards, “even though it does not have policies uniquely applicable to sexual abuse investigations in confinement settings” and does not provide investigators with specific training for prison rapes—in other words, the entire point of the PREA.

Further problems arise due to the relationship between state and federal corrections agencies. One major speed bump in the PREA reform process is the difficulty presented by intergovernmental agreements, or IGAs. An IGA is an intergovernmental partnership wherein federal prisoners are housed in state and local facilities for an agreed upon fee.

As of early 2014, there were 925 active IGAs used by the US Marshal Service (USMS), which transports federal prisoners and detains them before trial, and 123 used by the BOP, which houses federal inmates after they have been convicted and sentenced. Adding to the complexity, Immigration and Customs Enforcement has about 100 agreements with state and local governments that allow them to use USMS IGAs under the same terms negotiated by the Marshals.

IGA contracts don’t have a formal start- or end-date, according to the OIG report, “but rather last as long as both parties are satisfied with the agreement.” Renegotiation would take place if either side disagreed about the payment or the number of detainees housed in the state facility. Unfortunately for federal prisoners, that means there is no chance to insert PREA-compliant language until one party decides they want to change the fee arrangement, for example, meaning that PREA reforms are put on hold indefinitely. According to the report, it commonly takes three years for facilities to ask for new fee arrangements, and as of January 2014 only 14 percent of IGAs had the new compliance language.

While this may all seem like a bunch of administrative paper-pushers quibbling over a timelines and agency autonomy, it’s important to remember what’s at stake here: prisoners are being raped and sexually abused at a rate of ten percent, compared to a rate of about 6.5 percent nationally. They are disproportionately nonwhite and poor. And they are forced to live in close proximity with their attackers every day. In that light, a three-year wait for compliance at any given prison is an eternity, and a law enforcement agency’s claim that it is already doing enough feels singularly out-of-touch.

What the states are doing

Under the 10th Amendment, the federal government can’t force states to enact specific policies—but it can bribe them. In 1987, the Supreme Court decided South Dakota v. Dole, stating that Congress can constitutionally require that states comply with certain conditions before they receive federal funding. This is how the PREA could require changes to the investigation and prevention of sexual abuse at the state level: by tying DOJ funds earmarked for state prison systems to PREA compliance. However, the approach appears to be all carrot and no stick.

In order to receive federal funds, a state is supposed to certify PREA compliance through a series of audits conducted on a three-year cycle, with one-third of the state’s facilities being audited each year. In June, however, the Juvenile Justice Information Exchange reported that states could qualify during the first three-year cycle by merely providing a written assurance that they would spend DOJ funds on becoming compliant. This is a little like paying a contractor to paint your house without requiring that he finish the job, as long as he promises to spend some of the money on brushes and rollers. At present, states can use a written assurance to avoid audits during the initial three-year cycle, which ends August 19, 2016. But the DOJ hasn’t closed the door on accepting assurances beyond that date—and, as mentioned, in the context of prison rape a three-year delay could lead to thousands of new victims or uninvestigated allegations.

Massive government reform will always carry bureaucratic gridlock and inconsistency in a country as large and complex as ours. However, the progress we’ve made to prevent one of the worst crimes against a vulnerable population that is essentially owned by the taxpayer stands in stark contrast to the speed with which other recent mass reforms have begun to have real and lasting effects on the public (see: the Affordable Care Act or No Child Left Behind). Further, the lack of attention paid to these reforms and their implementation shows that despite the PREA’s nominal steps towards progress (not to mention the popularity of TV shows like Orange Is the New Black and Lockup), America’s prisoners remain a societal afterthought.