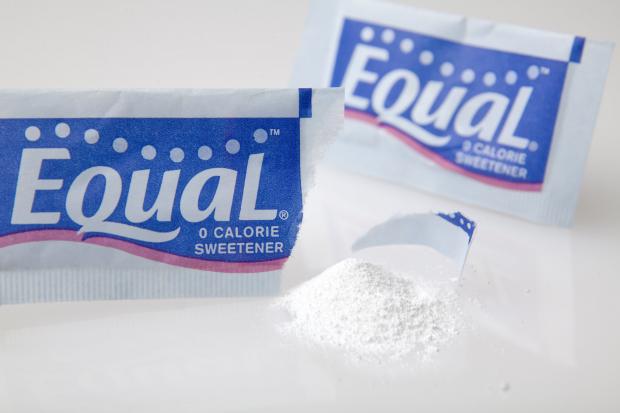 It is hard to remember that things in general do not really change all that much. Part of the reason for this is that the very word “news” pretty sharply defines news as being, well, new—new developments, new catastrophes, new words. All news media is fundamentally concerned with reporting new things, which makes an obvious, stupid kind of sense.

But think of how much of a mess it is every time an ostensibly new word comes along. Last year, magazines, radio shows, and newspapers spent the better part of a month covering the scandalous introduction of “badassery,” “selfie,” and “twerk” into the Oxford Dictionaries. What, pandering reporters pondered, is the world coming to? Is this how the world ends? Not with a bang but with dancing “to popular music in a sexually provocative manner involving thrusting hip movements and a low, squatting stance”? Nevermind the fact that the dominant white discourse has always been averse to any language that could be even briefly construed as having even a minor connection with black people.

I just finished reviewing Sweetness #9, the first novel by Stephan Eirik Clark. It follows the life of David Levereaux, a flavorist who was briefly involved in the development of Sweetness #9, an artificial sweetener with all of the obesity-inducing, carcinogenic qualities of aspartame that we learn, forget, and relearn every year or so. The novel is a lot of fun and you should read it. But one thing struck me in particular; namely, that neither narrator nor author sees fit to consider other possible causes for all of the feats of human degradation supposedly achieved by Sweetness #9. By the end of the 1990s, the sweetener is omnipresent: Its lack of calories and supersweetness make it popular with both consumers and food development corporations. It is eventually responsible for everything from David’s son’s refusal to say any verbs to his wife’s yo-yoing weight to national depression, anxiety, and suicide. Or so we are to believe.

I don’t believe that at all. To vest Sweetness #9 or aspartame or GMOs or Nalgene bottles or cellphones with sole responsibility for all our ills is to perform what the Ancient Greeks called pharmakos: the ritual slaughter of a scapegoat. The sacrificial lamb, whether it be a chemical or a device or a person, comes to stand for a wide range of undesirable things that often have no human cause—the weather, earthquakes, occasional unhappiness—and the only solution for these problems is the death of the unfortunate thing. Which is of course not to say that Monsanto is a pitiable, shivering lamb.

Clark’s novel takes for granted the claim that things in general are worse now than they have ever been before and posits artificial food additives as the reason for that. Unfortunately, this is the way conversations about things like mental illness, genocide, fanaticism, and kids in grade school having a hard time paying attention in class often go. The discourse makes two fatal assumptions: First, that whatever we are dealing with now is worse than whatever anyone has had to deal with before, and second, that there is a cause for that. The causes almost always align with one or the other political ideology. For example, if there is a horrifying school shooting, it happened because of a Republican refusal to fund treatment for the mentally ill and a Republican refusal to control gun ownership. If Bashar al-Assad gases another 10,000 Syrian civilians, it is because the Democrats did not want to bomb the entire country out of existence. If Hurricane Whoever again floods part of New York City, it is because the Republicans are single-handedly causing global warming. If Ebola appears in Dallas, it is because the Democrats have refused to block frightening, yucky Mexicans from crossing the border into our obese homeland. The news is always someone’s fault. The most compelling narrative, though, is when the fault is our own. We couldn’t listen to the bumper stickers, we couldn’t let the power of love overcome the love of power, and now we have to pay the price and eat our artificially-sweetened just desserts.

Some of these explanations hold more water than others. What they all have in common, though, is their tendency to collapse large problems with numerous and varied causes into monosyllabic, partisan rallying cries. When it comes to the environment or public health, the claimed objectivity of science is always used as ammunition to show that one or the other side is rejecting irrefutable fact like a big dumb idiot.

In the end, Sweetness #9 is another small, well-written voice advancing yet another single explanation for why everything is terrible right now. In that sense, it is as useful as streaks and splotches of grey in a Jackson Pollock painting: it certainly adds something, but it is not the single load-bearing column that is the necessary condition for everything else. That would be the canvas.

But what if you reject the depressing idea that everything is terrible? This, in our world, is almost criminally ignorant. If we do this, we become part of the problem—almost as if it is our duty to be upset, to be unhappy and annoyed and dissatisfied along with everyone else. How could we not be? Look at it all! Everything already looks like Blade Runner or Se7en, especially in Buffalo: wet, gunmetal, dirty, robots everywhere, grotesque dioramas of sin, etc.

This all sounds too easy to me. Things are not as bad as we apparently think they should be (or wish they would be). The thing is that the only news that is ever fit to print is bad news. We like to be scared, to come face to face with images of skyscrapers crumbling and homes in splinters and non-white children blown to bits on a beach in Gaza.

This is endemic in the publishing world, which has apparently always been dying. For years, for decades, people have been writing articles and thinkpieces and whatever about how no one reads books anymore, the novel is a dead form, paper will be a dated relic in ten years, children can’t focus long enough to write their own names, etc. etc. ad nauseam. And yet, remarkably, I am still writing this, I am writing it and it will be published in a brand new publication, and you, miraculously, are still reading it. You may not be reading it on a piece of paper, but being unhappy about that makes about as much sense as being unhappy that you’re not reading it on a vellum scroll. Dan Piepenbring, in The Paris Review, writes, “In publishing, the sky is always falling. Every year is an abysmal year for books and a terrific year for books. Editors no longer edit, except when they do; publishers care only for their bottom line, except when they don’t; the three-martini lunch is always dead, always quietly continuing.”

The sky seems to be perpetually falling. And yet it has yet to fall, hasn’t it? So why should it fall tomorrow? And if it does, why should the cause be genetically modified cows, especially considering the fact that “no verifiable untoward toxic or nutritionally deleterious effects resulting from the consumption of foods derived from genetically modified crops have been discovered anywhere in the world”? In Buffalo, the general mood seems to imply that the sky fell a while ago, and now we are just floating here like idiots, embarrassed at our own will to survive in a fallen place. But the commute is short and the houses are cheap, even though we still have to tackle pesky problems like entrenched racism, segregation, and public corruption.

And did you know that children are reading more now than they ever have before? “It does not appear that time spent using screen media (TV, video games and computers) displaces time spent with print media,” says a study by the Kaiser Family Foundation of youth reading habits, quoted by Hannah Withers and Lauren Ross. 96.8% of North Americans aged 15-24 can and do read, according to a UNESCO report, and if they, like many, read all of the books in the A Series of Unfortunate Events, Harry Potter, Twilight, The Lord of the Rings, and The Chronicles of Narnia series, they will have read more than 13,500 pages just for fun.

But that shouldn’t keep us from prescribing them Ritalin and Adderall—all they do is play Minecraft and send each other nude Snapchats. Right?