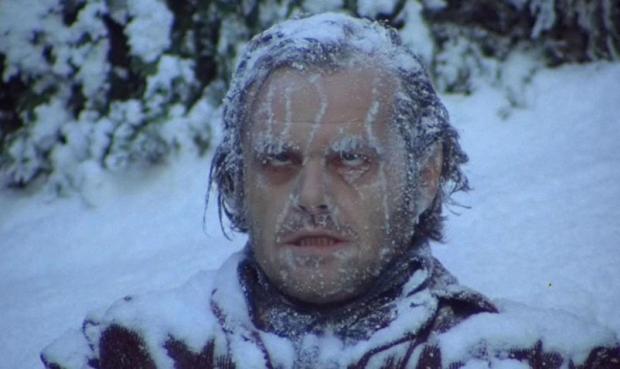 “We’ve wanted it since before the Bell Light Box was built,” says Jesse Wente, director of programming at TIFF. “It’s been our most requested exhibition.”

The Stanley Kubrick exhibition now running in Toronto through January 25 is also the largest ever to grace this space, filling 7,000 square feet on two floors with nearly 1,000 artifacts. If you’re a Kubrick fan—and who isn’t?—it’s a fascinating collection of materials, from the photos the Bronx teenager sold to Look magazine in the 1940s and the incorporation papers for his first production company through original film materials like the “star baby” from 2001: A Space Odyssey and the masks worn in the orgy sequence of Eyes Wide Shut. The exhibition features a specialized room for each film, organized chronologically and decorated with recreations like the carpet from the Overlook hotel and the barracks room from Full Metal Jacket.

Even if Kubrick isn’t a personal favorite, it’s an invaluable peek into the work of mounting feature films from a director known for his intense attention to detail. The shooting schedule from Paths of Glory resembles an intricate flow chart, gives you an idea of the complexity of shooting a film and the rigorous sense of organization needed to accomplish it.

If you’re not a regular visitor to Buffalo’s northern neighbor (it’s less than two hours by car, as long as you avoid rush hour), the Bell Light Box is a movie lover’s treasure. Built in the heart of the Toronto arts district to provide a year-round home for the community established by the Toronto International Film Festival, the five-story building features five cinemas, one of which Hollywood veteran Douglas Trumbell ranks among the best in the world; two restaurants and a lounge; two galleries, three learning studios, and a research center for students and scholars

And of course the exhibition space. Exhibitions like this one, which was put together in 2004 by the Deutsches Filmmuseum and the University of the Arts London with the cooperation of the Kubrick family, only come to the world’s most respected venues. This is only its second stop in North America after Los Angeles.

That’s not to say that, in the event you had a chance to see the Kubrick exhibition in Berlin or Krakow or Sao Paolo, you would see exactly the same thing in Toronto. The design for the space is unique to each venue.

And, says programmer Wente, “An exhibit like this grows over the years as new items become available. Just prior to our opening Jan Harlan [the filmmaker’s brother-in-law] added Kubrick’s copy of the novel of Barry Lyndon with his notes, and the three-wicked candles that were designed for shooting the candlelight scenes in that film.”

A longtime Kubrick fan himself, Wente reveals that even he didn’t get to pore through items like the films’ shooting scripts very much. “A representative comes with the exhibit to set it up in glass cases and will take it away when it’s done. Like all archival material, it has to be protected from excessive wear, like oily fingers.”

Those shooting scripts—the scripts that were used in production, including material that was removed or changed along with the director’s notes—are some of the exhibit’s most fascinating items. The room for The Killing lets you read a longer version of Timothy Carey’s monologue about guns. And anyone who has followed the long history of Steven King’s dissatisfaction for the film of The Shining will be amused at Kubrick’s notes complaining about King’s excessive backstories for his characters.

It would be fun to hear what King might have to say about the international version of The Shining, which will be shown as part of the retrospective of Kubrick’s films. Wente explains that a shorter cut of the film was required for overseas markets where the theaters are locked into two-hour screening slots. So Kubrick himself prepared a 113-minute version of the film, 30 minutes shorter than the one you’re use to seeing, described in the program notes as “more enigmatic and oblique version.”

“I don’t think it’s ever been shown in North America, and given that it’s a film with a particularly avid cult, it’s something we thought people would be interested in. It’s not that one or the other is the ‘official’ version or the ‘director’s cut’—he approved of both of them.”

The retrospective also includes a few Kubrick related items, like Room 237, a documentary detailing some of the elaborate interpretations fans have made of The Shining, and Steven Spielberg’s A.I., based on a script Kubrick had wanted to make for years but postponed until technology was adequate to his vision. (To judge from the sketches on display, Kubrick’s version of the film would have looked a lot more like A Clockwork Orange.)

The one Kubrick film you won’t see at TIFF is his first feature, Fear and Desire (1953). Says Wente, “This is an exhibit to honor Kubrick, and he wouldn’t have wanted it shown. He tried to suppress it all his life because he considered it embarrassing. It’s been restored by [Rochester’s] George Eastman House, so it’s out there. And real Kubrick fans would find it interesting looking backward from the vantage point of the filmmaker he became. But on its own …”

Kubrick came to filmmaking as a self-taught camera buff who remained fascinated with photography for the rest of his life. He died in 1999, just before digital technology began to take over photography. But Wente feel that he would not have shunned it.

“He was always fascinated by technology, pushing the limits of what was available by developing new lenses. And he was preparing to make a movie (A.I.) that would have required those kind of effects. So I think he would have embraced it, though by bringing it into his own preferences.

“He was always aware of how his films would be seen—he always made versions available that would work on television as well as theatrically, back in a day when no one paid any attention to that.”

As a fan, Wente says that preparing the exhibit for TIFF gave him insight into a filmmaker who, in his lifetime, was often depicted in the media as a recluse who preferred to remain hidden at his home in England.

“He didn’t do many interviews or allow set visitors, and he didn’t do advance publicity for his films, so there was always a certain amount of mystery to them. When you look at the amount of work he did for Napoleon, a film that was never made, you get an idea of the commitment of the man who made these films.

“Someone who was close to him asked if he knew what he meant to people, and he really didn’t. For the most part when his films were first released they weren’t well received by critics. It was only ten or fifteen years afterward later that they warmed up to them. So I think he would like knowing that his films are still being appreciated, still being watched, and not just on television.

“I think he’d now be OK with people poring through his stuff. His family says he would have, and I choose to believe that.”

The TIFF Bell Lightbox is located on the north-west corner of King and John Streets (350 King Street West). All spaces, including the cinemas, are wheelchair accessible to the public. It is open daily from 10am to 10pm.

Tickets are $12.50 for adults, $10 student and senior. A combination ticket for one of the films in Stanley Kubrick: A Cinematic Odyssey and the exhibit is $20. Timed-entry tickets guarantee admission at half-hour intervals, a leisurely tour of the exhibition takes about 90 minutes.