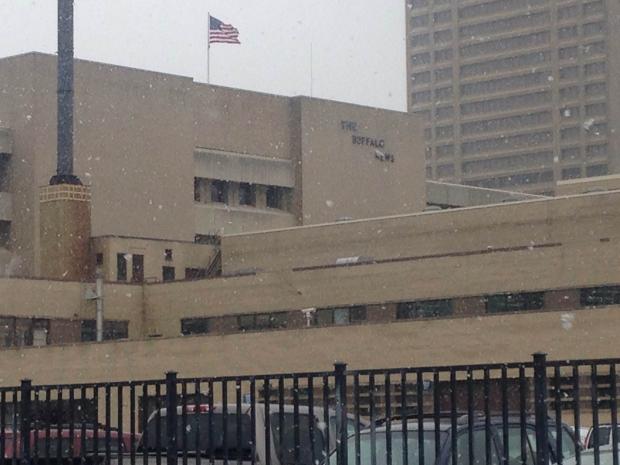 Things sure have changed since a few short years ago when Carl Paladino posted an invective against Buffalo News publisher Stan Lipsey on his billboard along the southbound I-190 in downtown Buffalo.

Paladino’s crumbling building at 199 Scott Street is now a rented office and the News couldn’t be cozier with Carl, publishing an editorial today urging educational leaders not to bat an eye about Paladino’s sizable business interests in charter school. Apparently, the man who proposed a form of internment camps for the poor during a failed gubernatorial campaign is a credible fount of social wisdom.

Pile this on last Sunday’s front page story that vilified NYSUT for using $4 million to influence electoral outcomes in statewide elections even though they were thoroughly outspent by pro-charter and “pro-business” super PACs.

So how exactly is NYSUT any more of an influence over elections than the lobbies which are outspending it to put forth an organized, deep-pocketed but unproven campaign to bulldoze public education as we know it?

When stories are framed this way by our venerable daily its hard to escape the feeling that an editorial bias exists that supports the “business-friendly” majority on the Board. I loathe glossy attack-mailers as much as the next citizen, not so much because the ugliness they contain on the placard, but for the ugliness of the system in which they seemingly have no choice to operate.

The NYSUT-sponsored attack ads on Mark Grisanti and its successful strategy to prop up Kevin Stocker in the Republican primary and give Marc Panepinto just enough of the nudge he needed to win the 60th were odious, but I’m skeptical that the opposition has taken some kind of high road to achieve their own goals.

In the meantime, pretending that whatever handy alternative, in this case, charter schools, are the panacea to what ails American urban poverty is a foolhardy fancy. Many charter school do great work, many others fail harder than any public school and leave their students in the lurch upon their sudden closing. We need better information than an opinion piece that suggests we should just hand the keys to the person who just appears less drunk.

The Buffalo News’ assertion that charter schools have greater flexibility to succeed than public schools is backed up by nothing but a hyperlink to another opinion piece about a successful charter school. And for some reason the News goes out of its way to credit Paladino for sitting down with them “for several hours reviewing financial files on the charter schools in which he has a partial or full ownership stake.” In other words, for doing what any public figure ought to, he’s a model of good citizenship.