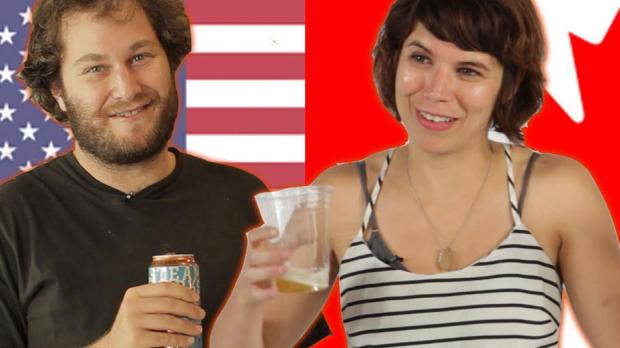 Living life on the edge of the US-Canada border can bring some unusual rivalries. Who has better shopping? Whose bacon is “real” bacon? And most importantly, who brews the better beer?

We all have our personal opinions (especially about that giant Labatt 6-pack), so BuzzFeed sent one of its reporters to do some investigating to get the semi-official results. Watch:

After talking to some professionals BuzzFeed did a taste test of domestic and imported beers to find out which the drinkers favored. After six rounds, the drinkers barely voted the American beers as best. To be fair, this taste test was done in southern California, so take the participants’ opinions with a grain of salt.

What’s your favorite brew, and are you partial to Canadian or American beer?