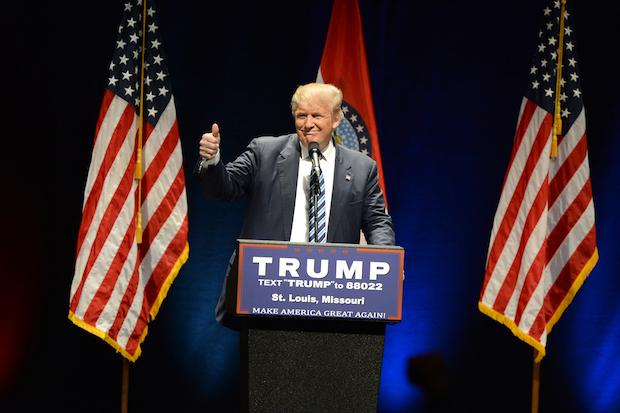 Sober analysis is nobody’s strong suit just now, but let us weigh what little evidence we have. There’s a transcript of Governor Andrew Cuomo’s summary of his chat with president-elect Donald Trump. It’s remarkable that Trump took Cuomo’s call on the morning after he accepted Hillary Clinton’s concession, a morning during which the president-elect spoke to foreign leaders.

The two New Yorkers spoke about Trump’s 10-year, $1 trillion infrastructure program—which is four times the size of the infrastructure program Hillary Clinton proposed. We should ask whether the Trump program might actually benefit places like Buffalo, where 50,000 or so adults have left the Buffalo-area workforce over the past decade, and where about 18,000 black males—just over half the black males here aged 18-64—are out. We’ve reported often about the low incomes in Upstate New York, and made the easy correlation to votes for both Bernie Sanders and Donald Trump in counties where the household income is sharply lower than the statewide median. Call it Sanders, Trump, or Paladino Country, skepticism abounds but so does hope—hope that a nationalist economic policy will bring prosperity.

Leave aside for now the calculations: Former Treasury Secretary Larry Summers commented the other day that there’s no way in earthly arithmetic to cut corporate and personal income taxes $5 trillion and still spend $100 billion a year for 10 years without a massive explosion in debt.

But Summers was basing his comments on what we can read on Trump’s campaign website. The analysis in front of you was delayed because nobody could figure out what it was that Trump was going to do if elected, specifically because the website stuff was so contradictory.

We’ve been looking for specificity. As of late October, neither Clinton nor Trump had campaigned on a credible 21st-century plan to revitalize America’s cities—a plan endorsed by engineers and by post-petroleum markets, a program that would entail a massive commitment to renewable-energy projects, like powering and heating public buildings and electrifying public transportation—infrastructure projects that would be consistent with what we know about climate change, global oil markets, the genuine potential for renewable energy now that the volume of solar, wind, hydro, and other alternatives has made economies of scale possible.

But there was nothing.

And now it’s November, and details are going to have to come forth very soon. The stock market swooned momentarily when Trump was elected but has since bounced back, demonstrating that financial speculators believe that Trump’s plans are for real.

So today, there are a great many investors who believe that Trump and his Republican majorities in the House and Senate will indeed break the laws of arithmetic and, starting in January 2017, engineer a massive tax cut plus a massive increase in spending to stimulate the economy in the old-fashioned, Keynesian, Democratic tradition initiated by Franklin Delano Roosevelt but also practiced by Richard Milhous Nixon and Ronald Wilson Reagan.

Details? There aren’t any—except that Trump is, predictably, staffing up by going right to Washington’s K Street, which during the campaign he decried as the “swamp” of special-interest lobbyists he’d promised to “drain,” while we are all distracted by his appointment of the alt-right propagandist from Breitbart..

We are advised to take Trump at his word by no less than Russian historian Masha Gessen, author of The Man Without a Face: The Unlikely Rise of Vladimir Putin. Gessen says, emphatically, that we should take autocrats at their word.

And Trump’s word is Infrastructure.

The poet Ovid instructed us that love conquers all, but there’s a problem with believing that borrowing $100 billion a year to build the usual run of make-work projects will have an enduring benefit to a structurally slow economy.

We in Buffalo know this tune. Buffalo-area politicians are experts on committing vast sums of public money to infrastructure projects—including the $1.4 billion Joint Schools Construction Project that rebuilt Buffalo’s schools while not in any way mixing city and suburban kids, which might have busted up the concentration of poverty inside the 40 square miles of Buffalo. Neither that Buffalo Billion, nor the $375 million being spent on moving a portion of UB Medical School five miles down Main Street, nor the $300 million it’ll cost to move Children’s Hospital six blocks from Bryant Street, has disrupted the concentrated poverty within sight of the new construction, nor put a dent in the sad statistic that persists—namely, that over half the working-age black males in the Buffalo-Niagara Falls metro area are not only without work but out of the workforce. (As Buffalo readers know from previous reports, almost all of the African-American population of this metro lives within five miles of the Buffalo-Niagara Medical Corridor.)

Cuomo and his Regional Economic Development Council endeavored to change that paradigm by spending $750 million on a new plant for Solar City, which will, all hope, provide an enduring economic benefit because materials (roofing tiles, LED lights, solar panels, and more) manufactured there will be sold elsewhere, and also utilized (one hopes) to provide employment within Upstate.

But there’s a problem.

Year after year, the Republican majorities in the House and Senate radically reduced President Barack Obama’s infrastructure programs. The Republican majority leadership has had a great deal to say about tax policy—specifically, about reducing tax rates for both corporations and high-income individuals, repealing the estate tax enacted in 1913 and already radically reduced in scope, as well as repealing both the tax and regulatory framework in the Dodd-Frank banking reform package passed after the 2008 financial crisis. But Trump’s allies have maintained utter silence on his infrastructure program.

The Republican Party platform is hostile to funding mass transit out of the Highway Trust Fund, asserting that subways and streetcars are “an inherently local affair that serve [sic] only a small portion of the population, concentrated in six big cities.” It accuses the Obama administration of subordinating “civil engineering to social engineering as it pursues an exclusively urban vision of dense housing and government transit. Its ill-named Livability Initiative is meant to coerce people out of their cars.”

The widely published urban economist Edward Glaeser, a favorite of self-deemed conservatives, complained in 2012 that more city-dwellers should have recognized the debt they owed to Republicans, and to free-market principles, and that Mitt Romney should have won more urban votes.

But Glaeser assumed that Republicans wanted to invest in cities. Glaeser and his entire profession know that dense populations are more productive and more entrepreneurial, use less oil per capita, and are generally, measurably, far greener and far richer than low-density, sprawled-out suburban and rural areas.

But Trump’s political base is rural and suburban. If we are to follow Gessman’s advice to take the big guy at his word, he thinks of the places where African-Americans live as hellish, and has made grand verbal gestures toward them—but his Republican allies all come from outside cities.

Ask yourself: Will Congressman Chris Collins sign off on rebuilding an electrified streetcar network in Congressman Brian Higgins’s Buffalo-centered district? How about Trump infrastructure dollars for high-efficiency alternative energy sources for all the new urban-centered construction New York State is purchasing today? Will Republicans even vote to support all the projects Cuomo says he spoke to the president-elect about? The Tappan Zee Bridge? The Metropolitan Transit Authority? Really?

Here’s a bold prediction: Trump’s infrastructure plan, even if the anti-debt Tea Party subset of the Republican House majority allows it to go forward, will be mainly about rural and suburban roads, and not about cities.

Another bold prediction: Because of how arithmetic and agglomeration economics both work, once the money is spent on new rural and suburban highways, any bump-up in construction-period employment and construction-period pouring of concrete, spreading of asphalt, setting of sewer lines, etc., will end.

In other words, we will see rural and suburban examples of precisely the practice that Edward Glaeser cited in his infamous 2007 essay criticizing make-work infrastructure projects in Buffalo.

When the spending on the wrong stuff doesn’t produce the large-scale, enduring increase in the stagnant or declining incomes of the rural and suburban voters who elected him; when global energy markets remain glutted with cheap Saudi oil that is so cheap that Interior Secretary Sarah Palin’s “Drill, Baby, Drill” policy will result in precisely zero net new American oil production; when Trump’s promise to restore coal-mining jobs to a region that has seen coal-mining both mechanized and also diminished by slack demand for expensive coal in a world of cheap gas and cheap oil and surprisingly cheap renewable energy, too—then what?

Bruce Fisher is visting professor at SUNY Buffalo State and director of the Center for Economic and Policy Studies.