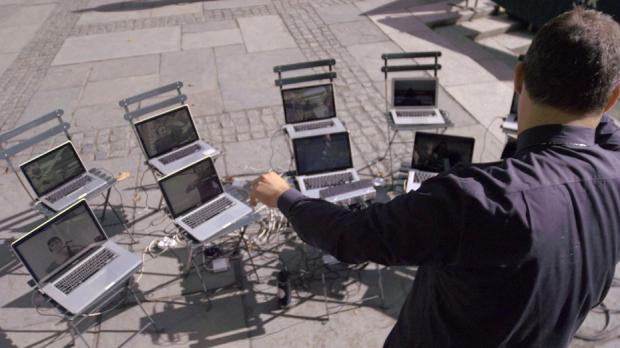 Smartphones and prevalent wi-fi have changed the way we live. By giving us instant Internet access we can have any and every piece of information at our fingertips. That is unless you’re underground on mass transit.

But some platforms in major cities like New York now have wi-fi, so weary commuters can look up directions or simply distract themselves from the chaos around them by watching wonderful videos like this one from director Chris Shimojima. Take a look:

Spread out over nine NYC subway stops Shimojima and composer Ljova led some of the city’s most talented subway performers in a twenty-first century symphony that Ljova conducted from laptops in Bryant Park.

A full-length version of the song “Signal Strength” can be found on SoundCloud.