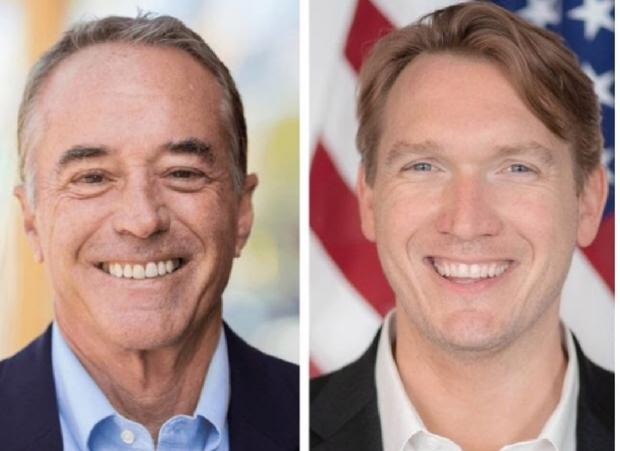 It might be time for The Buffalo News, Channels 2, 4, and 7, WBEN, WBFO, and Spectrum News all to re-visit whether anything is decided in the race for NY-27 between indicted incumbent Republican Chris Collins and Grand Island Supervisor Democrat Nate McMurray.

On election night, McMurray somewhat clumsily gave a non-concession concession speech, but quickly retracted any such notion after the results showed that Collins maintained an extremely narrow lead in the unofficial machine count. As of right now, Collins is leading McMurray 134,251 to 131,341, a margin of only about 2,910 votes; 49.5% to 48.4%.

But what happens on election night isn’t necessarily the final count, and that’s becoming quite evident in NY-27. The provisional and absentee ballots cast are not included in those unofficial election night results, and those are just now starting to be counted in the counties to the east of Buffalo. So far, in Ontario and Monroe Counties, sources indicate that the absentee ballots are skewing overwhelmingly pro-McMurray, by double-digit percentage points. I’m told that this has resulted in an overall ~11% narrowing in Collins’ lead — about 320 votes or so. Both McMurray and Collins have lawyers on hand at every canvass to fight for every vote.

But reports are that there are 18,000 absentee ballots left to count in Erie County alone throughout WNY, and many don’t get touched until Tuesday November 20th.

Erie County accepted absentees postmarked by November 5th, and military ballots are accepted through the 19th. All election day provisional and machine ballots will be sealed & sequestered on Friday. On Monday, candidates may review all unopened absentee ballots and applications. Objections must be made by 5 pm that day. On Tuesday, Nov. 20 the Erie County BOE will begin opening absentee ballots. On Wednesday, Nov. 21, the final canvass begins.

So, let’s do some quick & dirty math for those 18,000 outstanding absentee ballots. Let’s assume that to be the number, and let’s assume that they follow the same pattern — about a 15% McMurray lead.

Also, remember that the absentees were largely sent out well before the ostensibly pivotal Trump robocalls on election eve. To the extent that motivated unenthused Republicans to vote, that doesn’t apply to these absentee voters.

All of this means that it becomes quite clear that Nate Mcmurray has a clear shot at an incredibly narrow victory. There is a path here, and it seems so far to be rather well-paved.

[POST UPDATED to reflect that it is 18,000 absentees throughout the district, not just in Erie County] Stay tuned…