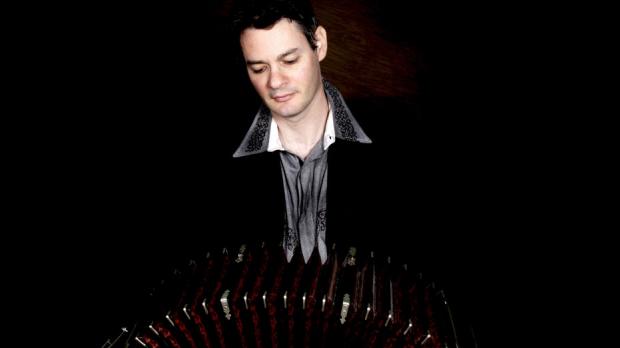 “Tango is a music of love, passion, and hatred,” says Moshe Shulman, in a thick Russian accent. Shulman usually performs tango music in Buffalo as the Director of the Buffalo Tango Orchestra but starting November 22, he’ll have a new monthly tango event at the Gypsy Parlor with his friend and fellow musician Miguel Benitez. As a duo, the two have been performing at places like Pausa and the UB Center for the Arts, but Shulman is looking forward to a regular gig at the Gypsy Parlor, where he’ll play a variety of instruments from the violin to a rare Argentinean instrument called the bandoneon. A bandoneon is an air based—or free-reed—instrument that is played with both hands; similar to an accordion. But unlike a standard accordion it has a much sharper sound. He says he is the only person within a 300 mile radius who owns and plays the bandoneon.

For most people, when they think about Tango music, they think about dancing. But Moshe says it’s not always meant for dancing, and many people simply relax and enjoy the music at his performance which usually consists of Shulman playing his violin or bandoneon, while Migeul sings in Spanish and strums along on his guitar.

Shulman was born in Russia but moved to Buffalo to study music at UB in 2007. Now he’s got a PhD in music composition in music and is an adjunct professor at UB, teaching world music to his students. As a professor of world music, he also learns by teaching. UB is a diverse place, and he often asks his students to bring in music from their home countries, which he and his ensemble learn to play together.

For Shulman, learning about music from around the world is important.  “It keeps the mind open.”