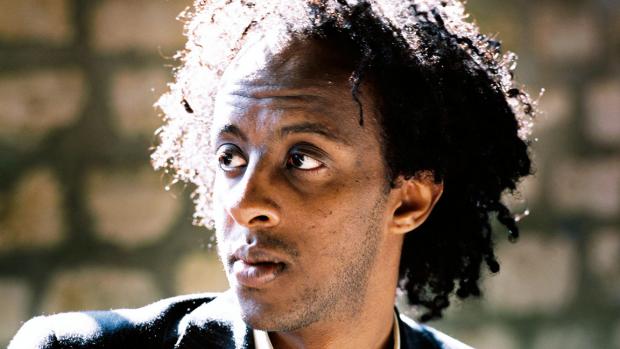 To paraphrase another president in another time, it’s nighttime in America.

We are at a new low in race relations, with xenophobia on the rise, as the welcoming light of Lady Liberty wanes. Thank you, Just Buffalo and Babel, for bringing us hope in the authors chosen for this fall’s lecture series. Last month Claudia Rankine’s Citizen and the ensuing public conversations sparked a new dialogue between disparate elements of this city.

Now we contemplate a novel of loneliness and hope, of African immigrants finding their way to a new life in America, the debut work of fiction by author and journalist Dinaw Mengestu, called The Beautiful Things That Heaven Bears, a line from Dante referencing stars above glimpsed while emerging from hell.

Mengestu, who was two when his family emigrated to the United States from Ethiopia, will join the stellar list of Babel lecturers brought to Buffalo by Just Buffalo Literary Center when he speaks at Kleinhans at 8pm Wednesday, November 18. In a recent phone interview, the author, a graduate of Georgetown and Columbia Universities and New York City resident who is on the English faculty at Brooklyn College, talked about the message he brings to Buffalo.

You were born in Africa, but essentially grew up in the Chicago suburbs. How does this heritage affect your work?
I had a prototypical American childhood. But I do have a different history, growing up as the child of immigrants. You come here from Africa because of African-Americans, and the whole civil rights movement here…Though my novels are not autobiographical, there are elements of family history—my uncles, for example, left as refugees. I still have cousins and aunts and uncles in Ethiopia. I travel to Africa every year. In my works of fictions there are experiences I imagined my way into. The book that brings me here, The Beautiful Things That Heaven Bears, is about struggling to figure out how we deal with loss. And the hope that is on the other side of loneliness. It’s definitely about the two together; you do not want to isolate one’s emotional experience as the totality of one’s life.

Though we seem to hear more stories from Africa than ever, do you think Americans can truly relate to that vast continent?
Having access to the stories is so important. Things feel foreign when we have no real cultural or human context. A different generation is coming up in Africa, which is such a rich and diverse place, and they are producing more stories, writers like Chimamanda Ngozi Adichie [who was a Babel lecturer last year]. Like any other foreign place, when you begin to know a bit about it, you learn more of the human elements. Today you cannot blame [ignorance] on lack of information—all of this is readily available, if you choose to access it.

You have won numerous writing awards, plus a MacArthur “genius” grant. Has this changed your mission in any way?
As a writer, it is always nice to have your work validated, to know that it is meaningful and relevant. Writing is pretty much the only thing I’ve ever tried to do, so good that it is working out! As a journalist I have reported on conflicts in Africa, for Harper’s, Rolling Stone, and The New Yorker. In my novels I often write about people whose lives are marginal, and there I try to complicate the stories—to make them richer, and move them out of cliche-ridden territories. As a novelist, I am always working on the next one. I am also working on a writing project with Doctors Without Borders.

This is your first visit to Buffalo, one of the most racially segregated US cities.
I did not know that, but I am an admirer of Claudia Rankine’s book Citizen, and the kind of discussion it engenders. I would like to be part of that same possibility. In writing my book I was thinking about how our communities develop, and the divisions of race and class that separate us. You hope that your book becomes…one way of doing the very difficult work of bringing communities together.