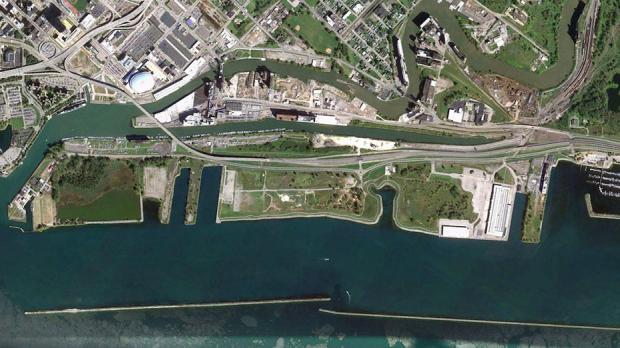 Rowers are a hardy lot. The annual Hogan-Fries Regatta at West Side Rowing Club, the season’s last, is exclusively for novices, which means eighth-graders and high school freshmen, and it’s usually held within a day or two of Halloween. Just like in the early May rowing meets, one expects a bit of a breeze, maybe some rain. Sometimes even slush.

This year, the weather forecast for Saturday, November 1 was so daunting that the West Side coaches rushed out an email a few days before, postponing the event until Sunday. But came Sunday, with the wind whipping whitecaps into foam and smashing water up against the breakwall, it was still too dangerous to put 14-year-olds into 64-foot-long fiberglass boats, even with coaches hovering nearby in motor launches.

The winter winds hit us hard here, especially at that place where all the wind and all the water of the Upper Great Lakes funnels into the Niagara River. Wind drives rain, then snow, then ice, and drives it hard. Maintaining the wooden window-frames of the Frank Lloyd Wright-designed Fontana Boathouse is an expensive proposition. The sailors, like the power-boaters, pull their toys inland a bit and wrap them in plastic or canvas from November to May.

Our regional climate shaped our geography and our land-use. Anybody who drives over the Skyway to what we now know as the Outer Harbor, to the 100 or so acres of what used to be Buffalo’s port complex, knows that five-minute jaunt from downtown lands you in a breezy, quiet, green space in summer, and in Siberia between November and May. For the 150 years that Buffalo had a port there, it was a seasonal port, given Lake Erie’s tendency to freeze over during most winters. For the decade or so since we turned the Times Beach toxic sludge dump into the Times Beach Nature Preserve, it’s been a seasonal-use venue for human strollers, for seasonally migratory birds, and for the more intelligent of the deer that feed there. Even the deer yard up on the other side of the Skyway during winter. It’s the wind. The only year-round occupants of the entire stretch from the Buffalo River to the logistics warehouses on the Bethlehem Steel property work for the US Coast Guard.

But this year, the Erie Canal Harbor Development Corporation’s consultants delivered documents that explain how, with just a little bit of infrastructure investment (one or more bridges, some sewer lines, some water lines), Buffalo’s former port area could have tax-paying homeowners in a new neighborhood just across the Buffalo River from the Commercial Slip, Pegulaville, Canalside, and the incomparable cuisine of the Hatch. Even more recently, a New Urbanist designer offered a plan to use almost all the land between the Nature Preserve and the Small Boat Harbor to create a “new neighborhood.”

I confess to using the Skyway to get my free lithium. Thanks to that structure that some of our officials demand down, it’s a five-minute trip from downtown to the other landfill-turned-nature-preserve at Tifft Farm, which is also on old port land. Bright days grow rare in our Dostoyevsky Novembers. Getting to the top of the Skyway, getting a look at the pacific Canadian shore, and at that great, placid expanse of lake, brings light into the brain even on dim days. The sun tentatively returns by Christmas, when the Lake Erie whitecaps fill up with snow and then, usually by late January, stop moving all together. Then the west wind polishes the hard surface of Lake Erie so effectively that the sun’s glinting reflections banish the seasonal affective disorder from our rheumy eyes.

Housing out there? Where there’s now some nice picnicking for half the year, and wildlife paths, and cycling, and Pierre Wallinder’s sailing school, and the massive deer and curious chickadees of the Times Beach wildlife preserve? Out where there should be soccer fields? Why?

The ECHDC planners–oblivious to the economic issues here, even more oblivious to the demographic flattening that has been a persistent feature in the Buffalo area (our regional population peaked in 1970), hired planners who offer a generica sort of waterfront plan. Meanwhile, the New Urbanist plan is, to quote Alice of Alice in Wonderland fame, curiouser–at best, a clever undergraduate architecture student’s notion of how to create the proverbial “human scale,” “walkable space,” and “mixed use” on about 100 flat waterfront acres, as if those acres are in a rapidly growing metro, one without onshore Arctic winds..

Statistic #2: Today, including the Statler Tower with its newly refurbished 32,000-square-foot footplates and the former HSBC tower, there is somewhere between 3.5 and 4 million square feet of empty commercial office space (about 25% of today’s inventory) in Buffalo’s central business district, which is within 100 yards of where both the consultants and the New Urbanists would create a new neighborhood.

In Buffalo, as in every Rust Belt town that is incrementally reviving despite decades of sprawl without regional population growth, and despite the unchanged international momentum that globalizes production, rewards capital, and thwarts even modest income redistribution, we must work hard to preserve a fragile momentum.

Big plans are the enemy of small wins.That’s because the large-scale economic and demographic trends in our region are decidedly unchanged. It is not necessarily a problem–it’s certainly not an existential threat–that the Buffalo metro area is experiencing population stability rather than population growth. But it is a reality. Just as it’s a reality that employment here has stabilized at just below what it was in 2008.

And so too is it a reality that some areas of the Buffalo Metro area will see population shrinkage, with potential abandonment of housing even in solidly white suburban areas, should the demographers at Cornell, University of Pennsylvania, the US Census, and Buffalo State College prove correct. They all say that Erie County will shrink from its current 906,000 to around 800,000 by 2030.

The 1,500-acre issue nobody talks about

But because too many of our leaders imagine that all real-estate development is good, we are overlooking the experience of those brave souls who have brought dozens—not thousands, but certainly dozens—of condos, lofts, and apartments onto the downtown market. What they’ve discovered is what the demographers and the home-sellers already know: There’s a limited and fragile demand here. And until there are more high-paying jobs in the region, the appetite for housing in the $200,000 to $500,000 range will be constrained.

And then there’s the inconvenient reality that made for good reading in the British newspaper The Guardian earlier this year when it profiled David Torke’s “Tour de Neglect” bicycle romps through the wasted landscapes east of Main Street, not even half a mile from the nearly $250,000,000 in public money that went into creating Canalside.

Outsiders can see it, but some insiders can’t: We have an abandonment crisis.

Is there a demand for a few thousand new units of housing in a city where there are 20,000 or more vacant housing units already? Just by the numbers, it’s not likely.

But we took a look, just to make sure. With the help of Buffalo State geography professor Dr. Wende Mix in 2010, we counted more than 1,500 acres of parcels in Buffalo that were on the assessment rolls for less than $10,000 a piece. For a mere $43 million, an enterprising person could have 15 times the volume of Outer Harbor land now dreamed-over by designers. The benefit of the 1,500 acres that is in the existing city is that the sewer lines, water lines, streets, streetlights, fire hydrants, and public transportation, plus the personnel for fire-suppression, public safety, and other services are already in place. Forty-three million bucks, plus another $10 million in demolition, and, in the aggregate, there would be room for 6,000 brand-new single-family houses on a suburban-standard quarter-acre lot.

But of course, there won’t be, because there is no demand for 6,000 brand-new single family dwellings, whether they be houses, townhouses, condos, apartments, or sheds. Were there 6,000 units of new housing brought into the market, what would owners of existing houses do—especially the Baby Boomer and Greatest Generation homeowners who are now hoping to find purchasers for the homes they’ve placed on the market?

Here’s the punchline: Despite the curious problem we have, which is that the current supply of housing at every price-point far exceeds the demand at every price-point (mainly because we have no net new in-migration to the region that replaces everybody who is shedding this mortal coil), we still have a nice, healthy up-tick in housing values here. Mostly. For now…

Our friends in Erie County government, who track home values because that’s what the property tax levy relies on, pretty much agree with Zillow and Trulia, which are on-line real-estate sales sites that track values, sale prices, taxes, foreclosures, and other data for tens of millions of individual parcels nationwide. Erie County government expects a slower rise in the overall value of housing next year than this year. This is sensible. Why? Because we have many more sellers than buyers.

And the buyers of houses here face a wonderful dilemma, especially inside the 40.5 square miles of the City of Buffalo: Should they buy a $50-a-square-foot fixer-upper a block or two from Richmond Avenue, or a $40-a-square-foot bungalow right around the corner from either Larkinville or the new beer joint over on Niagara—in either case less than two miles from Canalside, Elmwood, the Burchfield Penney, and everything else that is clustered in the city. Or should they splurge and buy a $100-a-square-foot house, all tarted up with granite countertops and new furnaces and energy-efficient windows, in either the Elmwood Village or in a downtown loft building? For that relative handful of folks blowing in from any big metro, where the median home price starts at more than $200-a square-foot and then hockey-sticks upward, Buffalo is a paradise already.

But were the planners and the New Urbanists to get their way on the Outer Harbor, and create from 1,000 to 6,000 new units of housing for a market that currently transacts 10,800 houses a year, then we should expect the following to occur:

And then there’s the other part of the abandonment problem. In a recent colloquy among well-meaning friends on a social media site, one of the New Urbanists quite bluntly advocated suburban abandonment. Another chimed in, “If we’re going to shrink, then let’s shrink toward the center.”

Perhaps this ethos is what drives discussion of building new housing, despite the dead-certain guarantee that it will come at considerably greater public expense than either creating a 100-acre Outer Harbor park or just banking the land for a later decision.

The 1,500 vacant acres in existing neighborhoods in Buffalo mean nothing, or less than nothing, to the would-be neighborhood creators. Not surprisingly, advocates of Outer Harbor housing are comfortable with the notion of the vacancy/abandonment paradigm just shifting Zip Codes eastward—because the theory is that merely by moving from one tract inside this metro area into another tract, so much wealth will be created, so much light shed, so much goodness harvested, that the good will chase away all evil.

Curiously, that thinking inadvertently makes our point: Without overall population growth in the region, we are still talking about moving a few folks this way and that.

One hopes that the folks who are hard at work in repopulating existing Buffalo, refurbishing old Buffalo, rejuvenating tired Buffalo, will exert their collective economic and political clout, and say yes to Congressman Brian Higgins, yes to Assemblyman Sean Ryan, yes to Joan Bozer, yes to Riverkeeper, and to others who have said no to housing on the Outer Harbor.